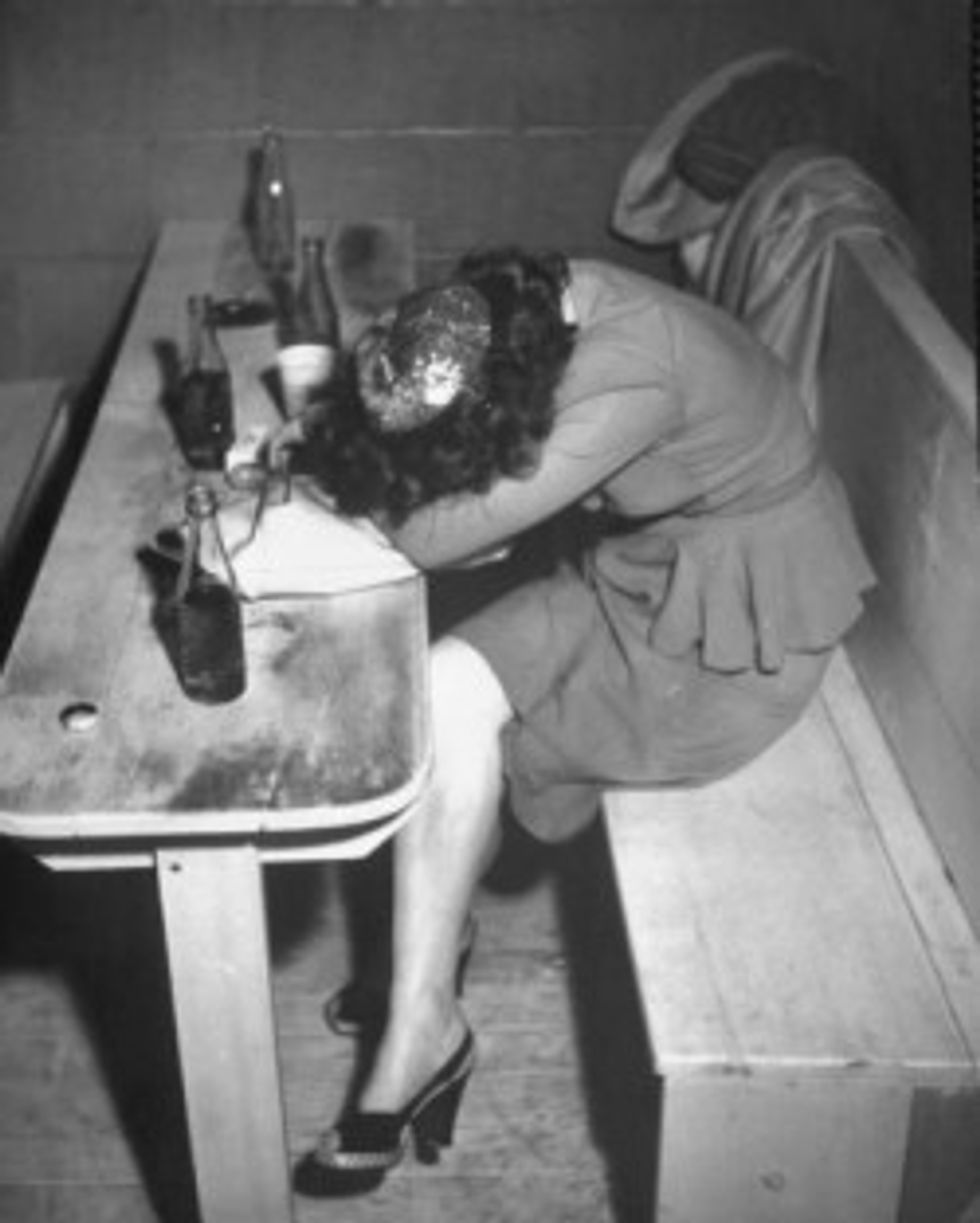 We still get a wee thrill of joy every time there's a new Peggy Noonan column. There's a certain sad delight in watching someone who penned some of the best speeches of the last 50 years turn into the drunk lady at the country club - persistent, but mostly harmless. Before you ask, no we are not engaging in hyperbole about Peg's former writing chops. Go read Reagan'saddress to the nation after the Challenger explosion. We'll wait.

Back? Good. You try to write something as touching as:

The crew of the space shuttle Challenger honored us by the manner in which they lived their lives. We will never forget them, nor the last time we saw them, this morning, as they prepared for their journey and waved goodbye and 'slipped the surly bonds of earth' to 'touch the face of God.'

You probably can't. Yr Wonkette sure as fuck can't. And, sadly, neither can Peggy Noonan anymore. Instead, today we get a sequester column that reads like a 10th-grader's book report on a book she may or may not have read.

Everyone has been wondering how the public will react when the sequester kicks in. The American people are in the position of hostages who'll have to decide who the hostage-taker is. People will get mad at either the president or the Republicans in Congress. That anger will force one side to rethink or back down. Or maybe the public will get mad at both.

Because we love you, we'll sum up the next 10,000 or so words for you: Obama used to be nicer, but now he is meaner, and he is the meanest because he makes people hate Republicans. Bamz is therefore history's greatest partisan monster. Michelle Obama used to be an awkward gangly shy teenager, but now that she has blossomed into a beautiful flower, she is too glamorous and we are tired of her also, too.

After another novel-length meander through feelings, drunk lady finally gets to her big denouement, which you will never see coming! SPOILER ALERT! The big reveal is that the sequester is Obummer's fault and we are tired of him:

All of this—the president's disdain for Congress and for Republicans, the threats of damage unless he gets his way, the first lady's forays—is part of the permanent campaign, and the immediate sequester campaign.

But they push it too far. It feels uncalibrated, over some invisible line.

It looks like what critics have long accused this White House of being—imperious, full of overreach, full of itself.

That right there is some trenchant motherfucking analysis, son! Don't you wish you could write that gooder and then the Wall Street Journal would pay you an unbelievable, unjustified sum of money to just write down your feelings for a million words and then conclude with some utterly generic throwaway about how it is all the President's fault? Throw in a sprinkling of how no president ever ever ever has been this ______________ (mean, attention-seeking, haughty, etc.).

Just think of it as president-writin' MadLibs! Make it your next cocktail party game and then send it on over to the WSJ and collect your obscene unwarranted pile of money.