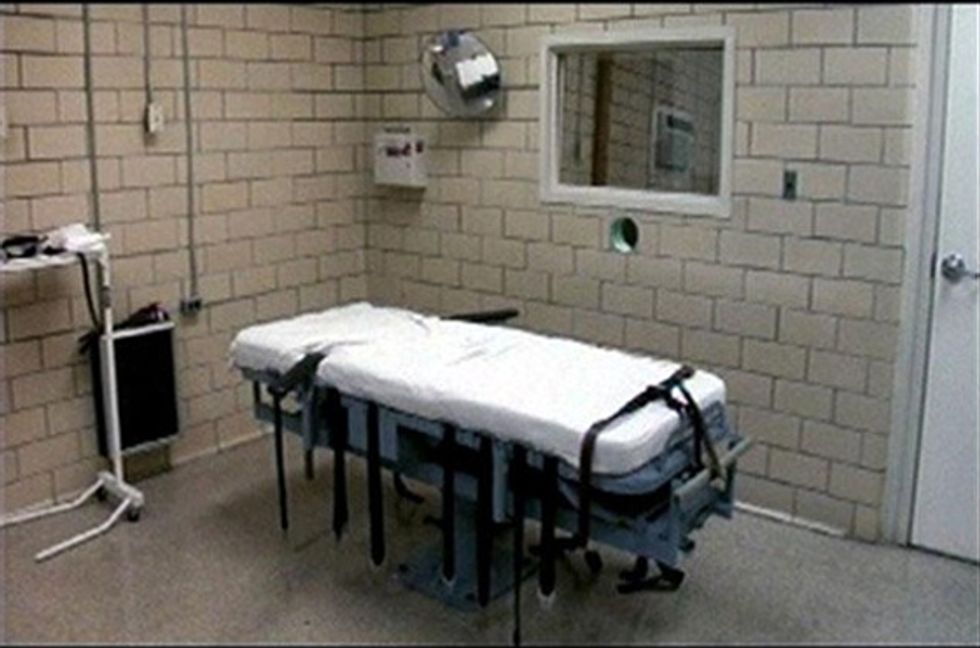 So here's one to chalk up in the "good news" column: new Pennsylvania governor Tom Wolf has fulfilled a campaign promise and imposed a moratorium on the death penalty in his state, calling the capital punishment system "error-prone, expensive and anything but infallible." Good on him!

Wolf said the moratorium will remain in effect at least until he receives a report from a legislative commission that has been studying the topic for about four years.

"If we are to continue to administer the death penalty, we just take further steps to ensure that defendants have appropriate counsel at every stage of their prosecution, that the sentence is applied fairly and proportionally, and that we eliminate the risk of executing an innocent," Wolf said in a memorandum announcing the policy.

Needless to say, the Git Tuff on Crime lobby was not pleased. The Pennsylvania District Attorneys Association issued a statement saying that Wolf had no authority to tinker with the machinery of death, and that he was doing tyranny and stuff, because spitting on victims' graves and hugging the evildoers who Wolf obviously just loves, loves, loves:

He has rejected the decisions of juries that wrestled with the facts and the law before unanimously imposing the death penalty, disregarded a long line of decisions made by Pennsylvania and federal judges, ignored the will of the Legislature, and ultimately turned his back on the silenced victims of cold-blooded killers[.]

Needless to say, the DA group is considering suing to make sure that the state gets back into the business of killing people. Also, too, this is where we insert our standard Capital Punishment Story disclaimer that, yes, we understand murderers are terrible people who have wrecked families' lives and done unspeakable things to their victims. Acknowledging that does not automatically mean that the state has the right to become a murderer itself: Life without parole accomplishes the same end of removing a killer from society, with the added benefit of being reversible if new evidence exonerates the convict. Not to mention the increasing evidence that there's no such thing as a "humane" execution method.

And for all the DA group's talk of needing to ramp up executions for the sake of justice, the state has actually only executed three people since the return of capital punishment in 1977, despite having 183 people on death row. All three had chosen to stop the process of appeals. Wolfe addressed the uncertainty of the existing system in his statement Friday:

This unending cycle of death warrants and appeals diverts resources from the judicial system and forces the families and loved ones of victims to relive their tragedies each time a new round of warrants and appeals commences. The only certainty in the current system is that the process will be drawn out, expensive, and painful for all involved.

Among other reasons for halting executions, the statement noted in a 2003 study of Pennsylvania's execution system, that while the state's "minority population at the time was eleven percent, over two-thirds of the inmates on death row were minorities." Even when controlling for factors like the seriousness of the offense, there were deep racial disparities in capital convictions in the state. Then again, you can probably find a perfectly reasonable explanation for that disparity in the comments section of any rightwing blog.

So congratulations to Gov. Tom Wolf. This helps make up for Bonfire of the Vanities being such a tedious read.