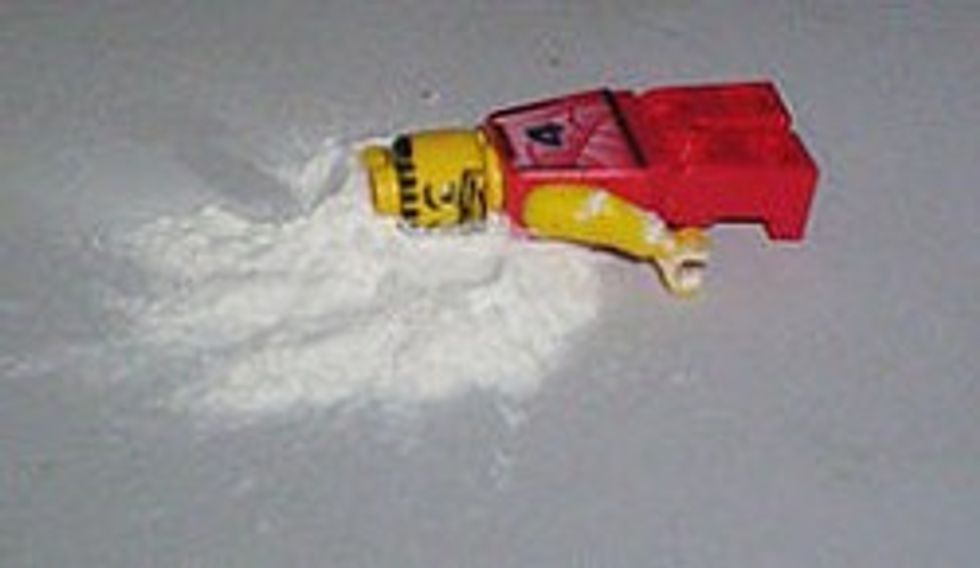 As you know, our running tally of states we do not wish to live in is woefully South-heavy. We've had a couple strong Northern contenders but the South keeps rising and rising AGAIN! Today, though, we've got one of the original 13 colonies entering our list for a couple good reasons. First, there isno freaking job growth whatsoever and we are already being paid mere pittances by yr Editrix. Next, the governor is edging into severe Rick Scott levels of douche about the poors and the drugs. He doesn't just demand that the strapping young bucks with t-bone steaks get tested for drugs. No, he kicks it up a notch and points out that the reason there are no jobs in his state is because everybody is lazy AND high:

During an appearance on a local radio show this week, [Pennsylvania Governor] Corbett sought to explain away Pennsylvania’s less than stellar performance, arguing that the state gained 111,000 private sector jobs since he took office and is “doing better than other states.” But then he grew defensive and complained that “a lot” of businesses are still having trouble filling their ranks because too many Pennsylvanians use illegal drugs:

CORBETT: The other area is, there are many employers that say we’re looking for people but we can’t find anybody that has passed a drug test, a lot of them. And that’s a concern for me because we’re having a serious problem with that.

Not content to merely emulate Florida's very own Governor Voldemort, Mr. King of Pennsylvania also wants to make sure he slides on in to Sarah Palin levels of stupid in either woefully misunderstanding or disingenuously misstating (or both, really. Why choose?) just how shitty he is at making the jobs happen:

The state’s unemployment rate has dropped to 7.9 percent, but the “number of people working in Pennsylvania tumbled by about 14,000 in March, following a drop of 6,000 in February.” Private employment has remained flat for 13 months, “growing by a mere 1,000 jobs” and landing the state “49th in the nation for job creation during March.”

Yr Wonkette did not go to school for the maths, but we think this is very bad? You are never growing no jobs never and you are the worstest in the nation at it except for Wyoming? That does not seem like you are "doing better than other states" unless by "states" you mean ONLY FUCKING WYOMING. Dude also seems to have some serious comprehension problems as far as the number of lazy poors that are actually passing the dutchie instead of being job creators or job takers or something:

Earlier this month, a state senator introduced a bill requiring drug testing of all recipients and applicants for Temporary Assistance for Needy Families in Pennsylvania. The state is currently “conducing a pilot program in 19 counties of testing only those convicted of felony drug offenses.” Since January of 2012, just two people have failed.

We are reasonably certain that more than two of yr Wonkette would fail this thing at any given time but we have jobs here, sort of! So ipso facto quid pro quo ex officio res ipsa loquitur ad nauseum you are WRONG terrible Pennsylvania governor person. Now that we've settled that, we're off to get high. Good day, sir.