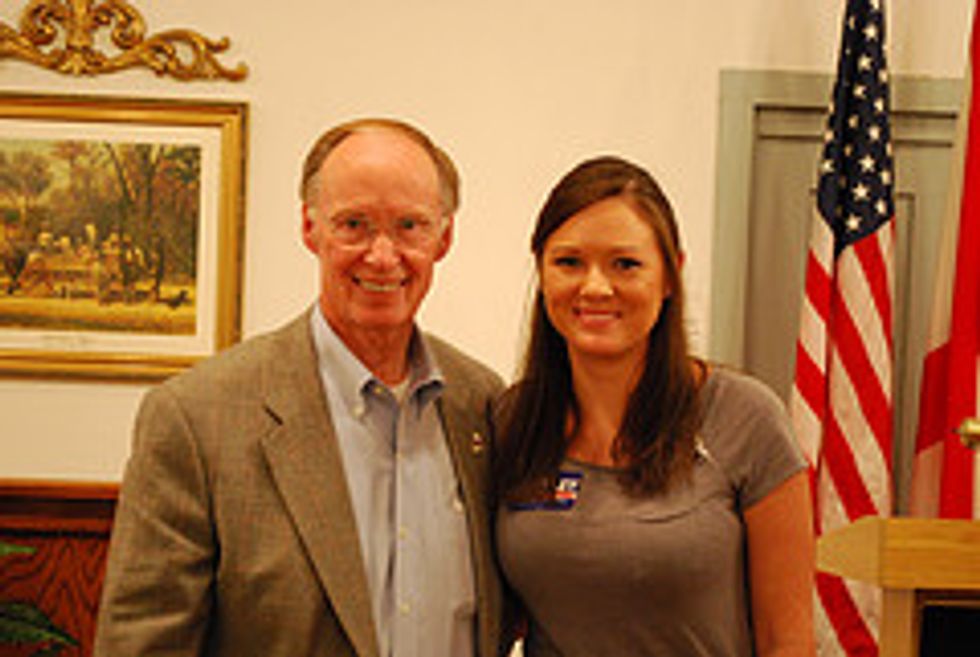 Robert Bentley is the governor of Alabama and a Republican. Therefore, hegot in trouble this week for implying that people who are not Christians are not his "brother and sister." And then, suddenly, atheists and the Anti-Defamation League and followers of the First Slammin' Church of Patrick Ewing and what have you got upset that they were not included in this. What? Why in the world would they want to be this man's sibling? You know who comes up on the street and tells you they're your brother or sister? Just Christians and insane homeless people who want to wash your eyelids with a dirty wet rag for money. Calm down, people.

You see, this was simply a misunderstanding. Bentley was at Martin Luther King's old church so he could explain to black people he doesn't hate them. That way, when he ignores them because he is a Republican governor of Alabama, he will know they don't hate him, because both black people and this guy love the Jesus.

''I was elected as a Republican candidate. But once I became governor ... I became the governor of all the people. I intend to live up to that. I am color blind," Bentley said in a short speech given about an hour after he took the oath of office as governor. [...]

Bentley added, ''Now I will have to say that, if we don't have the same daddy, we're not brothers and sisters. So anybody here today who has not accepted Jesus Christ as their savior, I'm telling you, you're not my brother and you're not my sister, and I want to be your brother."

He has since apologized to some Jews and said everybody is his brother and sister. Way to go, non-Christians who professionally take offense at stuff! We are now officially this weirdo's sibling. He'd better not try to borrow money from us.

Meanwhile, take a look at this map of dentists in the state of Alabama that we had on our hard drive for some reason. Spoiler: they don't have any. But sure, get mad about this instead. [WSFA/Birmingham News]