People Who Work For Donald Trump Busy Fat-Shaming Diabetics. It Is Funny Because Of His Ass! 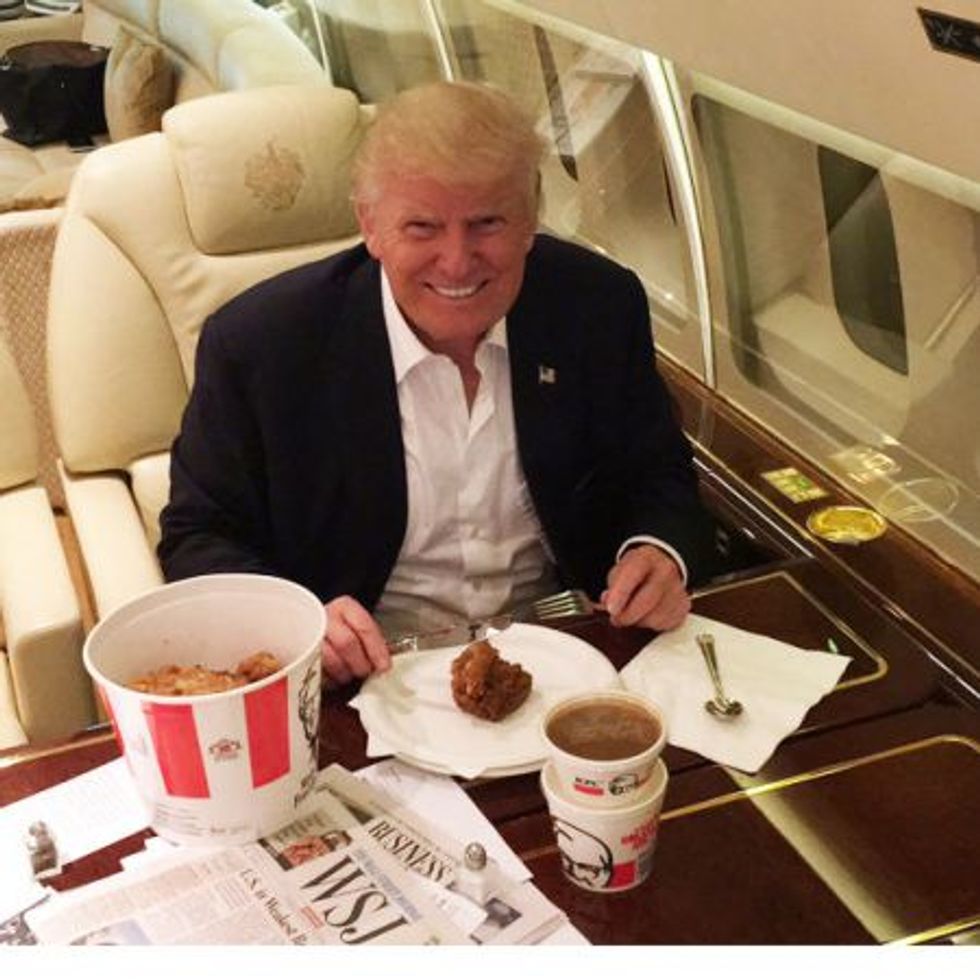 This week, the New Yorker reminded us that Donald Trump "considers exercise misguided, arguing that a person, like a battery, is born with a finite amount of energy." We are not here to make fun of Donald Trump's substantial battery pack, however. Because we at Wonkette are not assholes like Mick Mulvaney, the Director of the Office of Management and Budget.

Last week, Mulvaney walked up to a microphone in a room full of people and said,

That doesn't mean we should take care of the person who sits at home, eats poorly and gets diabetes. Is that the same thing as Jimmy Kimmel's kid? I don't think that it is.

Because when a celebrity shames your party for being heartless bastards who would deprive babies of healthcare, you should DEFINITELY turn around and attack diabetics. It's PR 101!

The American Diabetes Association was not having it.

Mr. Mulvaney's comments perpetuate the stigma that one chooses to have diabetes based on his/her lifestyle. We are also deeply troubled by his assertion that access to health care should be rationed or denied to anyone.

All of the scientific evidence indicates that diabetes develops from a diverse set of risk factors, genetics being a primary cause. People with diabetes need access to affordable health care in order to effectively manage their disease and prevent dangerous and costly complications. Nobody should be denied coverage or charged more based on their health status.

What??? We're not allowed to pretend that diabetes is a moral failure, so people who need insulin should just DIE so the rest of us can have cheap insurance? Next you'll be saying we shouldn't treat fat people like degenerate leeches who eat nothing but fried chicken.

Mulvaney's not the only one promising Americans that AHCA will be sweeeeet because we can kick all those fat losers out of the pool. Representative Mo Brooks seems not to have gotten the Presidential Memo on personal energy conservation.

It will allow insurance companies to require people who have higher health care costs to contribute more to the insurance pool that helps offset all these costs, thereby reducing the cost to those people who lead good lives, they’re healthy, they’ve done the things to keep their bodies healthy.

And right now, those are the people who have done things the right way that are seeing their costs skyrocketing.

The CBO scoring for the original Republican AHCA plan predicted that 24 million people would lose their health insurance. But that wasn't fucking evil enough for those Freedom Caucus guys like Mo Brooks. So now they'll allow insurers to jack up coverage for pre-existing conditions. Like Jimmy Kimmel's kid's congenital heart defects. And pregnancy (any past pregnancy, not just you being knocked up right this second). And being a victim of sexual assault, like one in four American women are.

Anticipating a shitstorm when the revised CBO score was released, Republicans raced to vote on their new and improved plan before those pencil pushers could say exactly how many million more Americans would lose coverage. But this week the CBO is going to tell us what a bloodbath we have in store. So, who will Republicans attack next to justify the cost savings for "people who lead good lives?" Albinos? Hemophiliacs?

Morning, Wonkers! Another week when Wonkette is ad-free! Show us some love?