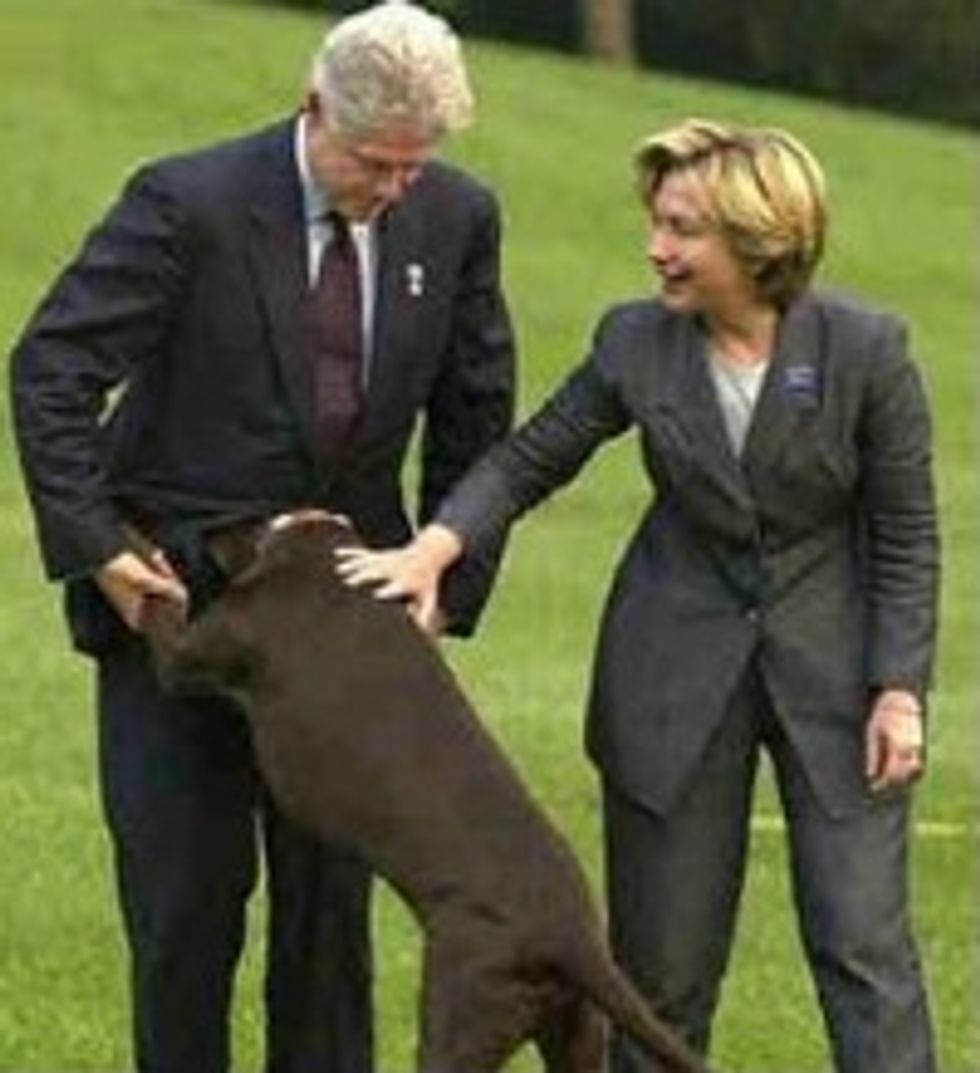 Barack Obama and his Husseinbots tried to suffocate all three Clintons last night, in a Pepsi Center elevator. That is not Change We Need -- it's attempted murder! Read this SUN-TIMES EXCLUSIVE MUST CREDIT: "The Clinton family -- Bill, Hillary and Chelsea -- got stuck in an elevator Wednesday night, shortly after they left their box at the Pepsi Center ... The Clintons got stuck midway between one floor and the next, and ultimately had to climb out of the elevator, back up three-and-a-half-feet to the next floor." According to this EXCLUSIVE, "Observers were impressed at how calm everyone remained" in the face of rogue black hope elevators trying to kill them. [Chicago Sun-Times]