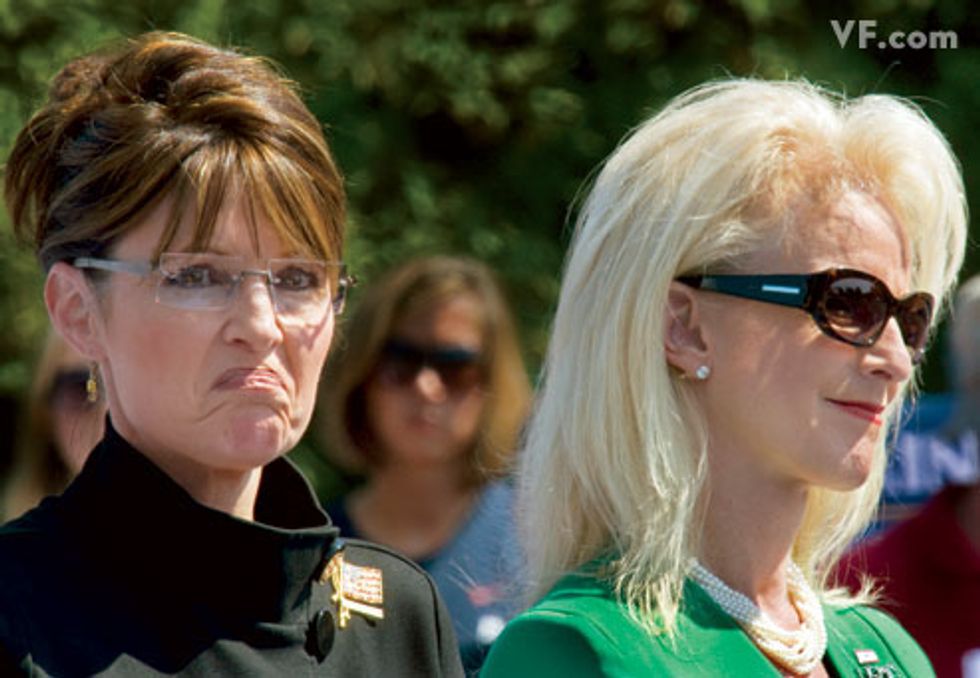 Oh, this is a very special update to yesterday'sYOOGE Donald Trump News from Ghost Breitbart's Internet Home for the Perpetually Aggrieved. As you may recall, rancid Breitbart horcrux Matthew Boyle discovered a terrible, terrible thing about Buzzfeed writer McKay Coppins: Coppins wrote something negative about Trump, and said unthinkable things, despicable things, things so vile and putrid that we hesitate to repeat them! Namely, he said that Donald Trump is a pretend candidate who likes publicity but has no intention of actually running for any elective office, ever. Or as Boyle put it, "one of the most venomous hit pieces in recent memory," which suggests that Mr. Boyle probably needs a RAM upgrade.

Happily, thanks to a midnight deal at a crossroads -- Trump got their souls, and they got the belief that they mattered -- we got yesterday's breathless exposé, which informs us that not only did Coppins say unkind things about the Great Man, he also was a puffed up braggart who constantly called himself a "big reporter," ogled all the waitresses at Trump's Florida hideaway, and "ordered bison burgers at a resort restaurant in an untoward way." All of which are totally believable and supported by the direct word of people who work for Mr. Trump and love their jobs. It was a glorious festival of butthurt which Kid Zoom described to us as "like a bunch of jocks beating up on a nerd who insulted the quarterback." This was our fault; we hadn't shown Kid a photo of Boyle.

And now, the Queen Bee of the Mean Girls comes sailing into the fray. Sarah Palin gave Breitbart writer Tony Lee a two-sentence quote, and it was a thing of beauty:

"This nervous geek isn't fit to tie the Donald's wingtips," Palin told Breitbart News ... "Don't ever give him attention again."

Wow! "Nervous geek" -- now that is some grade-A high school bullying. Pay attention, boys, and learn from the best.

From this mere scrap, Lee proceeds to build an EXCLUSIVE! half-million-word catalogue of butthurt, which we read so that you won't have to. You are welcome!

About half of Lee's column summarizes McKay Coppins' article and his alleged crimes, both journalistic and interpersonal. Lee repeats the charge that the piece is "one of the most venomous hit pieces in recent memory" -- we think they may be trying to trademark that -- and says that Coppins

trashed Trump as a joke, with all the preconceived notions, snark, backhanded compliments, innuendo, and mockery that those like MSNBC's Chuck Todd, a notorious Trump hater, and Coppins' editor, Ben Smith, have been throwing around for years.

Horrors! And then Lee mentions another of the Buzzfeed writer's journalistic crimes, when the "supposedly 'objective' Coppins was caught on a hot mic trashing Mitt Romney." There's a link, and two paragraphs about how horrifying it was, but the actual thing Coppins said isn't mentioned by Lee. He said, before a Romney appearance, that he figured that there was "a 40% chance that he says something stupid." If anything, we think Coppins should be praised for being such an optimist.

For some reason, Lee doesn't mention another piece of reporting by McKay Coppins, about the sad mess that Big Breitbart had become after the death (or assassination) of their fearless leader. That was, incidentally, the first time Yr. Dok Zoom had heard of the guy (Coppins, not Breitbart). We think it's just possible that the cult of Breitbart may just have some lingering resentments over that piece, maybe. It's a hypothesis at least.

But while Coppins's crimes against Breitbart go unmentioned, we do get a whiny capsule history of how badly poor Sarah Palin has been beat up by the press, which was just monstrous to her all the time, even when she wasn't completely wrong about some facts. From this, Lee makes the perfectly reasonable recommendation that no Republican should ever talk to the lamestream media again:

Candidates vying for the GOP nomination in 2016 will be flattered and swarmed by pesky liberals like Coppins, who are all to eager to shiv GOP candidates before the general election.

Instead, they should call Breitbart, we suppose. If you're not getting a tongue-bath from a likeminded "news" source, you just can't expect to be treated fairly. Especially if you're a fake candidate who wants everyone to take you seriously.

Follow Doktor Zoom on Twitter. He dreams of someday tying the Donald's shoelaces. To a chair leg.