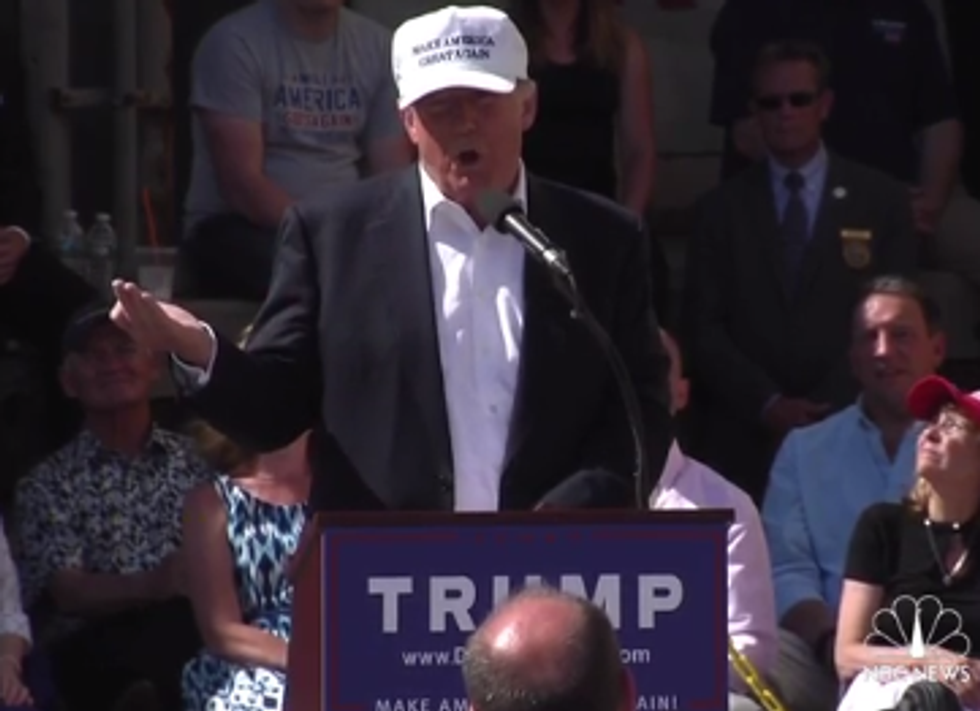 We feel like we've had a whole lot of "Oh boy, Donald Trump sure has lost it now!" moments in the past year, but this one might take the Crazy Cake, at least until Donald Trump presents us with even more Crazy Cake. (He will outdo himself, because he always does.) At a New Hampshire rally, Trump was just suggesting/making a joke/being totally serious in saying that an airplane flying overhead -- in New Hampshire -- might be a Mexican plane getting ready to attack:

Video: Trump sees a plane overhead, says "That could be a Mexican plane up there—they’re getting ready to attack." https://t.co/ryWXqnrMgx