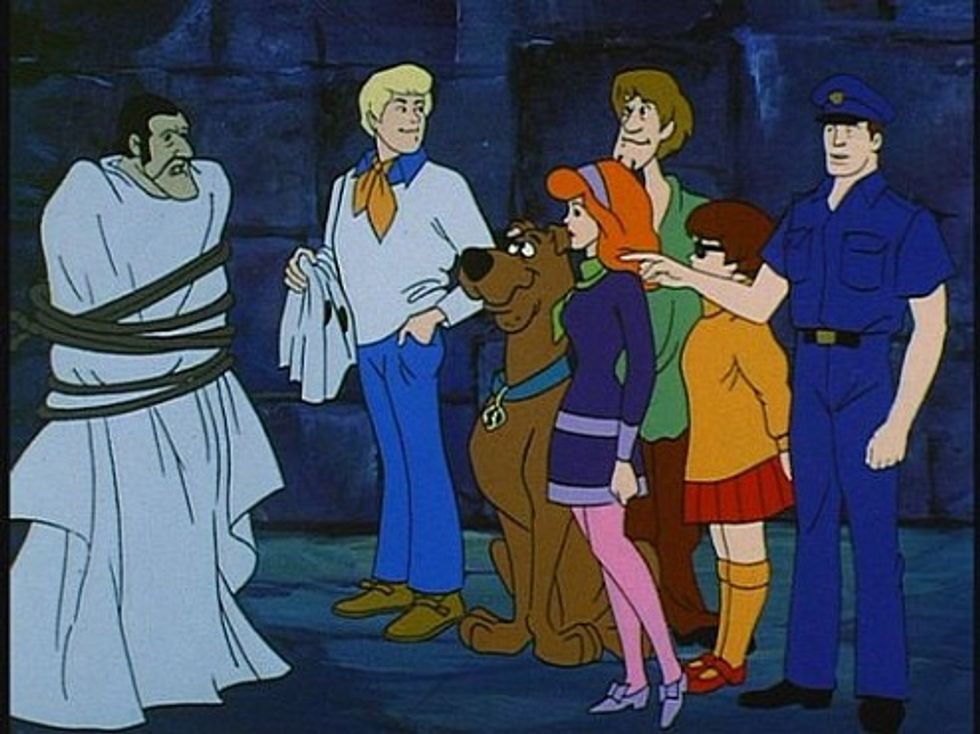 In an exclusive interview with theDaily Mail, Gennifer Flowers reveals that Bill Clinton was the "love of her life," that they'd be married and living it up today if not for Chelsea, and that Clinton confided to her that Hillary is definitely bisexual. And would you believe this incredible interview just happens to coincide with the launch of Flowers' new job as a sex columnist? Talk about lucky timing!

Flowers also said the felt real bad that she didn't accept Clinton's "pleas" to talk to her about eight years ago:

She said: "We have some unresolved issues that it would be nice to sit down and talk about now. He was the love of my life and I was the love of his life and you don’t get over those things."

No word on whether she then shyly showed reporter Laura Collins her spiral notebook covered with "Mrs. William Jefferson Clinton" scrawled in a girlish hand.

Flowers said that Clinton had contacted her in 2005 in an attempt to tie things up. Sounds totally plausible to us!

"He called me back in 2005 in New Orleans. He wanted to put on the hoodie and jog on over like he used to.

"First I was just shocked. He was so adamant about wanting to sit down and talk to me in person.

"It almost seemed like what I had heard of people who were going through a 12 step program and wanted to atone to people for various things."

New Orleans 2005.... what was going on in New Orleans in 2005...? Sure, we are perfectly happy to believe that Bill Clinton suggested that Gennifer Flowers join him for a discreet jog and heart-to-heart around the ruins of New Orleans as it recovered from Katrina. (Or maybe both of them were there beforehand? Nahh, that's not nearly as good a story)

She said: "I was scared. It wasn’t that I didn’t want to see him in my heart of hearts. I was just afraid. But there’s going to be an attachment forever.

"If we had the opportunity to sit down and visit with each other in person, I’m not saying the romance would be rekindled but we will always have something. Whatever you might call it.

"Bill and I would be together today if it wasn't for politics. It was me, Bill and Hillary. Then they had Chelsea and the stakes got too high."

Uh huh. Did we say notebook? Let's revise that -- make it a naked baby doll with "Bill + Gen 4EVER" burned into its forehead with wooden matches.

Also, she felt all liberated and stuff when she posed nude for Bob Guccione's Penthouse, and she is happy to announce that she'll be running a sex advice column -- "Ask Mistress Gennifer" -- on GuccioneCollection. You may wish to have a bucket handy for this next bit:

Demonstrating something of the playfulness that saw her snare the then Governor of Arkansas she said: "I’m going to have to thank Bill for some of the advice I’m going to be giving.

"It will be based on experiences I had with him.

She added: "I wish he would write to me.

"He could do it. People don't have to send their name.

"Really he taught me a lot."

And finally, OF COURSE she says that Bill told her that Hillz was bi, and that she was "not surprised" by rumors that Hillary and Huma Abedin were involved, because of course that's just perfectly obvious:

"I don’t know Huma or the Weiners. I just know what Bill told me and that was that he was aware that Hillary was bisexual and he didn’t care. He should know.

"He said Hillary had eaten more pussy than he had."