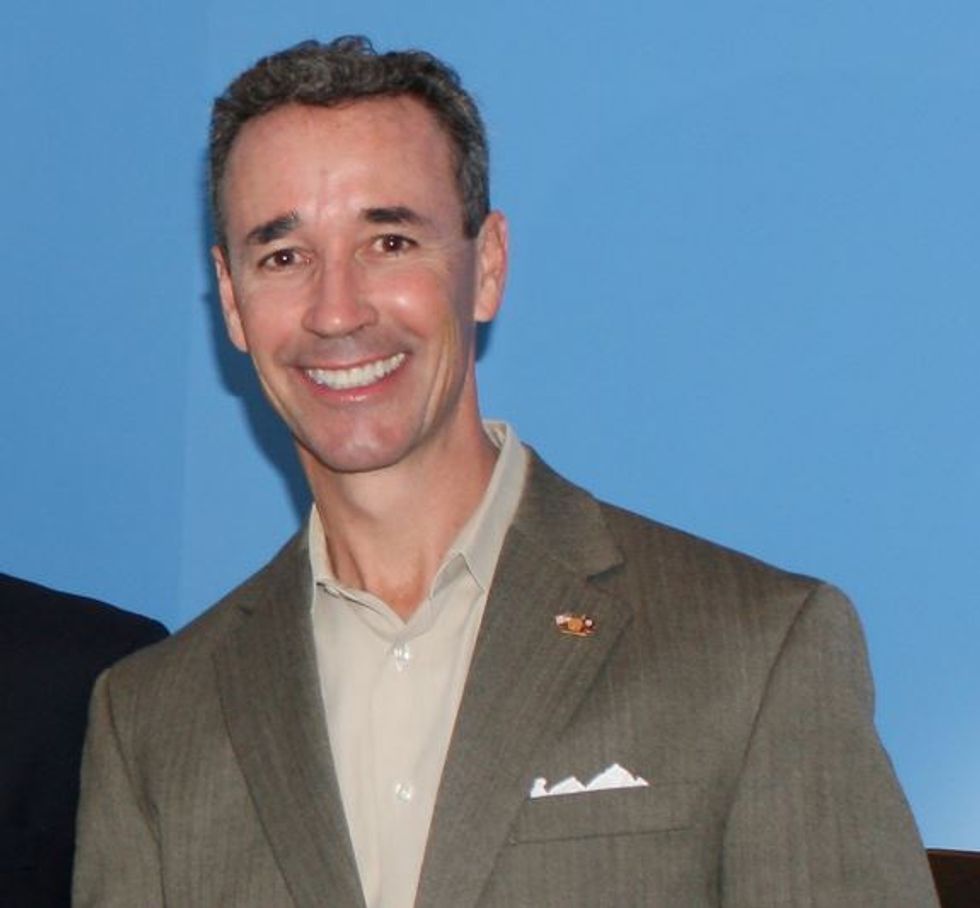 Competition is heating up for Wonkette's Legislative Shitmuffin of the Year award. Today's featured contender: Joseph Dee Morrissey, recently resigned member of the Virginia House of Delegates and "descendant of John Morrissey, a 19th-century U.S. Congressman and one-time bare-knuckle boxer." That scrappy spirit is apparently alive in the current generation of Morrisseys, going by Joe's announcement that he will run in the special election to fill the position he just gave up, since his constituents deserve to choose from only the finest jailbound criminals to make their laws.

Morrissey, Democrat of Henrico, announced Thursday that he will defer to the wishes of party leaders and resign from office after pleading no contest to a misdemeanor charge. Wait, that doesn't sound so bad. What did he do, park too far from the curb or something?

Top Democrats and Gov. Terry McAuliffe have called for Morrissey to step down after his Alford plea to the charge that avoided a trial on felony counts stemming from his relationship with a 17-year-old girl who worked in his law office. He had faced up to 41 years in prison on the more serious charges.

It turns out that Morrissey had what can safely be labeled an inappropriate relationship with a teenager who was working under him, leading to felony charges that included distribution of child pornography. His plea to a single misdemeanor count of contributing to the delinquency of a minor does not require him to admit guilt and keeps him from being an actual felon, and he'll be able to serve his six-month sentence on daytime work-release. His former employee, meanwhile, might have more than a half-year's worth of restricted movements ahead, as she is reported to be pregnant.

Morrissey respects his constituents too much to just go away. He intends to stay in office until the day of the special election that's been called to fill the vacancy he created by disgracing himself, in which he will be a candidate. It's the only way that he can get that pesky taint removed.

Right now there is a bit of a cloud, a taint over my seat. Folks from the governor’s office on down have called for my resignation. And I have given and have done everything that my detractors have said. "We want you to step down." So I’ll do that. But it’s not the political pundits, it’s not legislators, it’s not I who should decide whether or not I stay or go. It’s the … voters of the 74th House District.

Morrissey's concern for his taint probably got him in this mess in the first place, but he has shown that it takes more than a little controversy to bring him down. He was thrown in jail for five days after attacking a defense attorney in the courthouse while he was Richmond's chief prosecutor, and he grabbed everyone's attention in 2013 by brandishing an unloaded AK-47 on the floor of the chamber during a gun-control debate.

We'll find out on Jan. 13 whether the voters of the 74th House District want Mr. Morrissey with his thumb on the trigger of representative democracy.