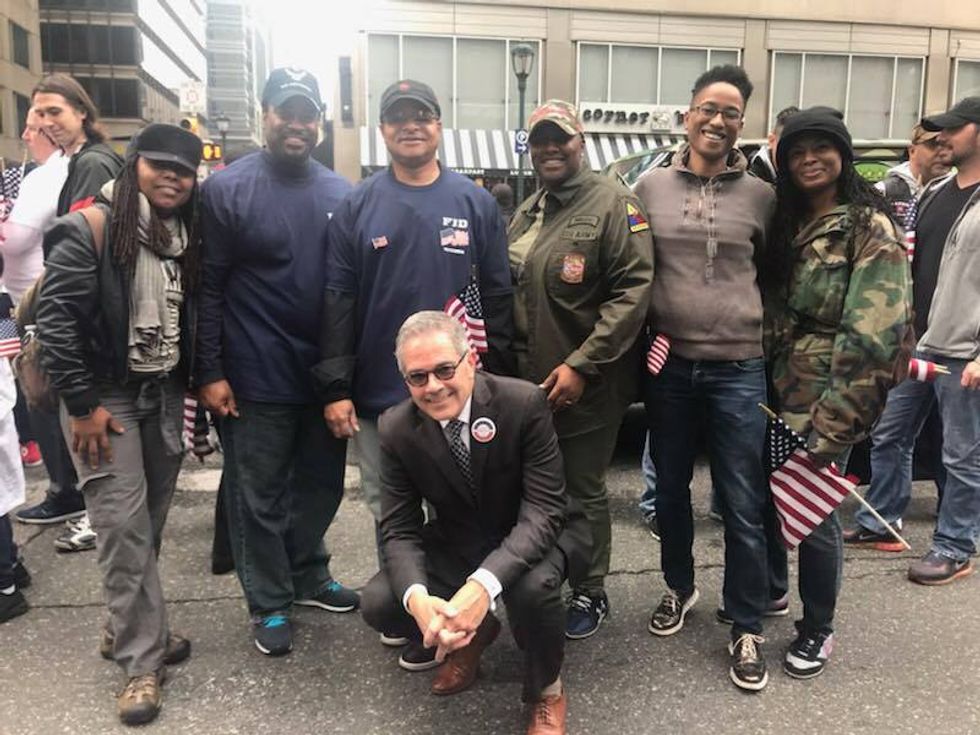 Larry Krasner and some of his friends/supporters.

First of all, we can actually say it for once and have it be true: GEORGE SOROS DID IT. While the rest of us are sitting here waiting for our Soros moneys, for writing progressive dick joke blog posts and doing progressive volunteer work and also spending November 4 doing a really bad job of beheading all white parents as part of the DEFINITELY FOR REAL ANTIFA DAY OF MASSACRE, Larry Krasner, who was just elected district attorney in Philadelphia, got his Soros paycheck. That's right, the very rich Soros sunk $1.7 million into a PAC supporting Krasner, and he won!

Now, Philly (a place we love with all our hearts) is very lib-gay, so it's not that big of a surprise that the Democrat won. But as Philly Dot Com reports, Krasner was not your run-of-the-mill DA candidate, since he's a civil rights lawyer who has spent more time suing the Philly police department and doing pro bono work for Black Lives Matter than he's spent being a prosecutor. (He has spent zero hours being a prosecutor.)

Addressing supporters gathered for his victory party at the William Way LGBT Community Center, Krasner promised his election would herald “transformational change” in the city’s criminal justice system and a fairness “for a system that has systematically picked on black and brown people.”

“If you, like us, believe it’s time to end the death penalty … mass incarceration … cash bail …,” he said, drawing cheers from the crowd that packed into an overheated and small second-floor ballroom.

We believe in those things!

Krasner beat six other Democrats in the primary, then faced Republican Beth Grossman in the general. Grossman doesn't seem like a wingnut, and was even endorsed by the paper of record in the very Democratic city, but that wasn't enough to keep Philly voters from overwhelmingly choosing Krasner, who made the silly joke at a debate that he has "spent [his] career becoming completely unelectable."

Krasner seems to have the quality of being a total outsider/reformer candidate who is also pragmatic about the job he faces, as The Atlantic reports:

... Krasner says he will prioritize keeping people out of prison and improving access to services for low-income residents and those with drug addiction and mental illness. The changes Krasner has promised wouldn’t come swiftly; he himself has said that diehard supporters will be disappointed by a lack of immediate disruption. But his tenure would nevertheless expedite a leftward shift in criminal-justice reform that’s been under way in Philadelphia for several years.

As The Atlantic also notes, this may be a local race, but being the DA of a huge city like Philadelphia has national implications, simply because of the megaphone it will give Krasner on national criminal justice issues.

Just kidding, Katy Tur will definitely report that something is happening when her show comes on in a little while.