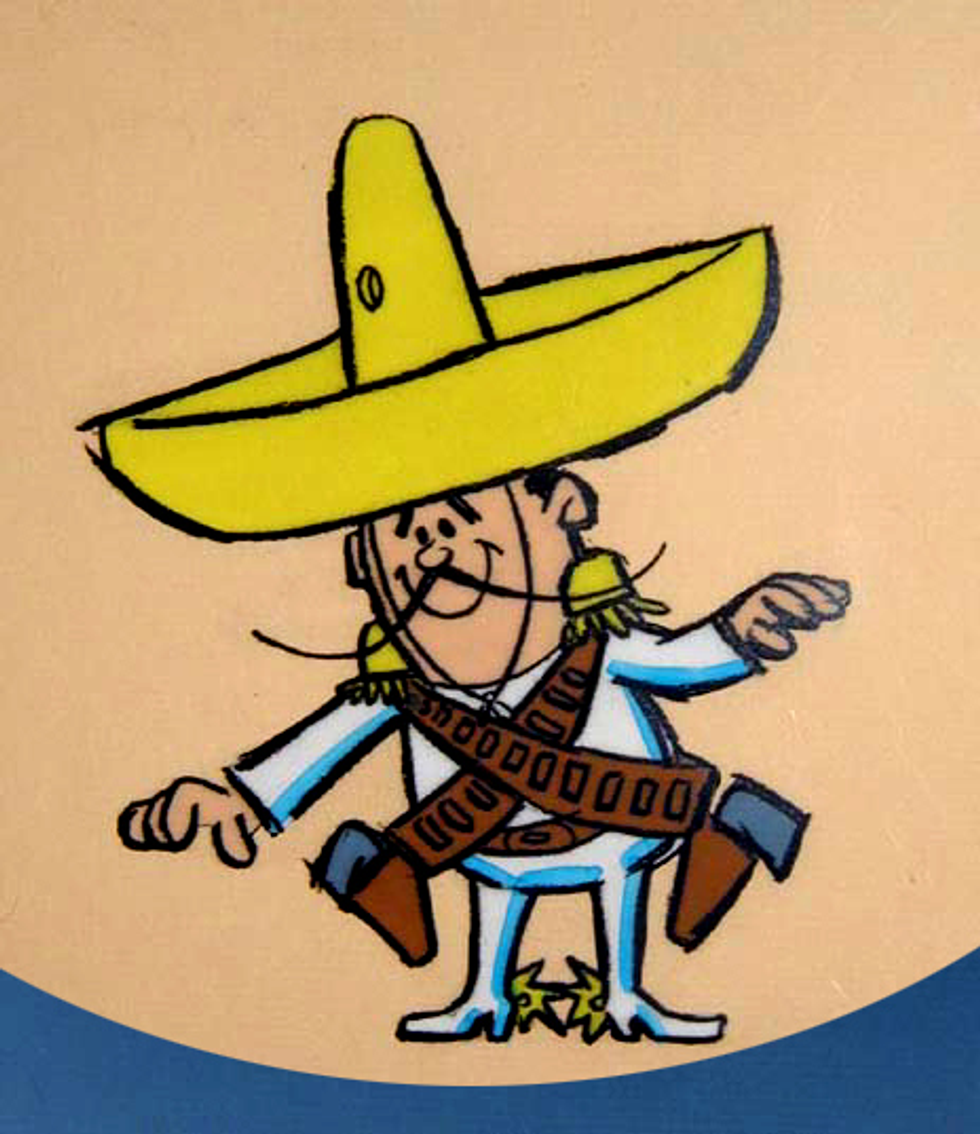 We were really hoping, in light of the Supreme Court going all gay yesterday, that we'd hear from the O.G Culture Scold herself, Phyllis Schlafly. Who better than Schlafly to bust out a nice little homophobic rant after that decision? Alas, 'tis not to be, probably because Schlafly is super-busy of late because she's taken on being stone cold racist AND stupid about Latinos:

Schlafly reiterated her belief that Latinos are actually not a worthwhile pursuit for the party.

“They don’t have any Republican inclinations at all,” she said, “they’re running an illegitimacy rate that’s just about the same as the blacks are.”

We have wasted a not-inconsiderable amount of brain cells trying to figure out what the hell this means. Don't misunderstand: we know it is terrible. We just can't figure out what particular brand of terrible it might be. Is she saying that Latinos have some racial makeup that makes them ill-suited for belief in the hellpit that is the modern GOP? Is she saying that because they have babies out of wedlock, they don't like Republicans? Does that just happen magically if you have out-of-wedlock sex, or do you actually have to make a baby doing it? Does the baby inherit the disinclination towards the GOP? SO MANY QUESTIONS. Perhaps good old Phyllis can explain more:

“They come from a country where they have no experience with limited government. And the types of rights we have in the Bill of Rights, they don’t understand that at all, you can’t even talk to them about what the Republican principle is.”

Oh........so it is a country of origin thing! NOW WE GET IT NO WE DO NOT GET IT. We're not going to bore you by explaining that Mexico actually has quite a robust rights-based Constitution because you can look that shit up yourself. We're not your Google. We will hand it to Schlafly on one point, though: we'll take her unvarnished straight-up racist take over the GOP faux-outreach stuff any day. Tell it like it is, hair-helmet lady.