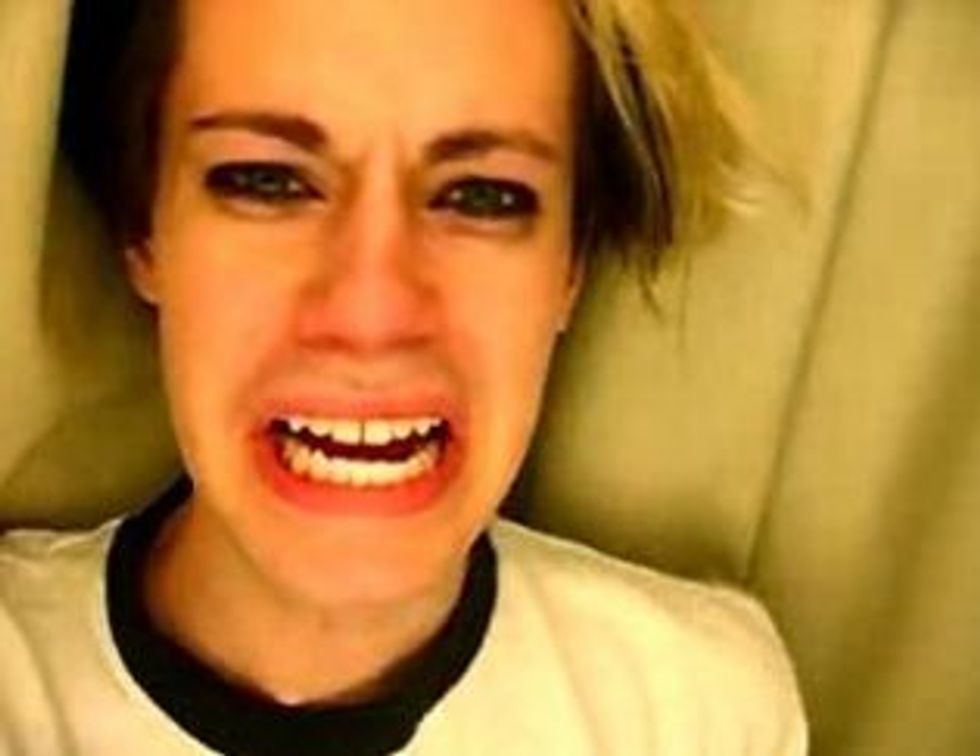 People, it is HARD out there for a bigot these days. Even attention whore Anthony Kennedy called you out on your shit in his I Love The Gays court decision, and now you have no country for old haters. Fortunately, Phyllis Schlafly, who is remarkably STILL ALIVE, has got your back and will be spokeshater to the masses and explain how wounded you are by being called a fucking bigot when you are a bigot:

Speaking with Steve Deace yesterday, Schlafly said that it was “inappropriate, unprecedented and really nasty” for Justice Anthony Kennedy to find that DOMA’s passage had anything to do with “animus against gays.”

“I feel personally insulted by what Justice Kennedy said,” she added.

Oh, Phyllis. Many people feel personally insulted by your startlingly long life as a harridan, but you don't see us going on radio shows to God-bother about it. Tell us more about how the bad Supreme Court Justice hurt you:

"Well, I was extremely offended at all the nasty names he called us. I just think it’s so inappropriate, unprecedented and really nasty for the justice to say that the reason DOMA, the Defense of Marriage Act, was passed, and those who stand up for traditional marriage is that they have animus against gays, they want to deny them equal dignity, that we want to brand them as unworthy, we want to humiliate their children, we have a hateful desire to harm a politically unpopular group. I just think, I feel personally insulted by what Justice Kennedy said. I don’t think that’s true, the idea that anybody who stood up for traditional marriage is guilty of all that hate in his heart is just outrageous."

Hold tight. We need a minute to run this through the Google translator from Bigot To English. Ok, got it. "We think gays ARE unworthy and their children are going to hell and we wish they'd stop demanding the things I already have, like marriage, and also, too, I do not love my live gay son, but it hurts my fee-fees when you say that thinking those things might not be the nicest thing to think."

Why can't the gays just understand that Phyllis just loves you all to pieces while opposing everything that you care about? Is that so hard? Teh gheys are the REAL bigots here.