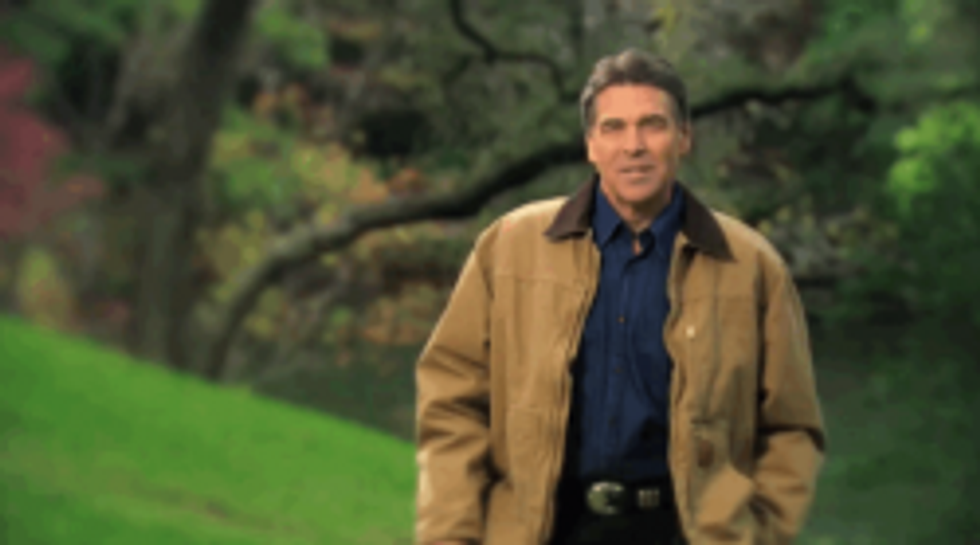 For the first time in the 105-year history of the Food and Drug Administration an FDA directive has been publicly overruled by the department of Health and Human Services. About what? About teenagers doing it! That's right, FDA commissioner Margaret Hamburgreleased a statement yesterday declaring that Plan-B, an emergency contraceptive long known to anyone paying attention to be even safer than aspirin, should be available over the counter to people of all ages (read: all people doing it with other people). HHS director Kathleen Sebelius, however, swiftly responded and publicly vetoed Hamburg, declaring that the drug could only be sold over the counter to sexually active girls age seventeen and older. And for those under the age of seventeen? Well, they're just going to have to get a doctor's note.

Make no mistake: Sebelius didn't go rogue here; there is no doubt in our minds that she was carrying out marching orders from an administration now fully in re-election mode and—for reasons we're trying and utterly failing to wrap our heads around—fearing backlash from a conservative bloc that regularly sends people like Mark Foley to Congress and Ted Haggard to the pulpit and would sooner undergo voluntary waterboarding than vote for a Democrat anyway.

Now: this is just astonishingly dumb. Appallingly! Acrobatically, even, given the idiotic contortions and sheer heights of stupidity the administration has achieved with this directive. Because first of all: Plan-B (again, as anyone with a pulse will know) is most effective within a 72-hour window of doing it, and demanding a doctor's note from a teenage girl who now a) has to go to the doctor, but (even more problematically) b) has to tell her parents she needs to go to the doctor to get permission to use an emergency contraceptive because she's been doing it, i.e. a requirement which likely ranks among the most terrifying things a teenage girl will ever have to do, i.e. talk to her parents about doing it, i.e. arguably the single most difficult subject to broach in this insufferably puritanical culture of ours, and therefore, THEREFORE, honestly, really, could the administration even if it had been trying have done any greater disservice to combating the already devastating rates of teen pregnancy in this country?

But we'll let Amanda Marcotte have the last word here, who—as always—says it better than we ever could.

But before we get to the funny let's instead just try to get all the morning's outrage out of the way at once: it turns out that this story the Washington Post reported on last month about the Air Force cremating the unidentifiable body parts coming back from overseas wars and dumping them in a Virginia landfill is actually far, far worse than originally thought.

Previously, the Post had a single report of a soldier's remains ending up in a landfill, but as of last night that tally has increased to two hundred and seventy four, all of whom left behind loved ones who were promised by the Air Force that their loved ones' remains would be handled in "a dignified and respectful manner." We will leave it as an exercise for the reader to decide where to properly target their outrage by simply pointing out that this practice, which began in 2003, halted, curiously enough, in 2008.

As we all likely know by now, former Illinois governor Rod Blagojevich is headed to the can for fourteen years. Fourteen! For those who enjoy relishing in schadenfreude as much as we do, dig this: Blago "will have to share a cell with other inmates and work a menial job, possibly scrubbing toilets or mopping floors, at just 12 cents an hour," says the Washington Post.

Gird yourselves for today's showdown on the Consumer Financial Protection Bureau, as the administration and Senate leadership are preparing a full court press for an up-or-down vote today on the (second) nominee to head the consumer watchdog agency, former Ohio attorney general Richard Cordray. Senate Republicans are set to filibuster the nomination (surprise!), but because they dislike the nominee per se, but because, as Ohio senator Sherrod Brown pointed out in a Tuesday column on Politico, "their opposition is unprecedented. This is the first time, according to the Senate historian, that a party has blocked a qualified nominee solely because it does not like the existence of the agency the nominee was selected to lead." Republicans, of course, are saying they're just outraged by the idea of a whole new cabinet agency being set up that'll be managed by an unelected official who reports only to the President. Which: so they're outraged by the State Department, and the Defense Department, and literally every single other cabinet-level agency for which the president appoints secretaries with Congressional approval. We actually had a fun time yesterday Googling around and not finding a single instance of Republican outrage during the genesis of the Department of Homeland Security. Shocking, we know.