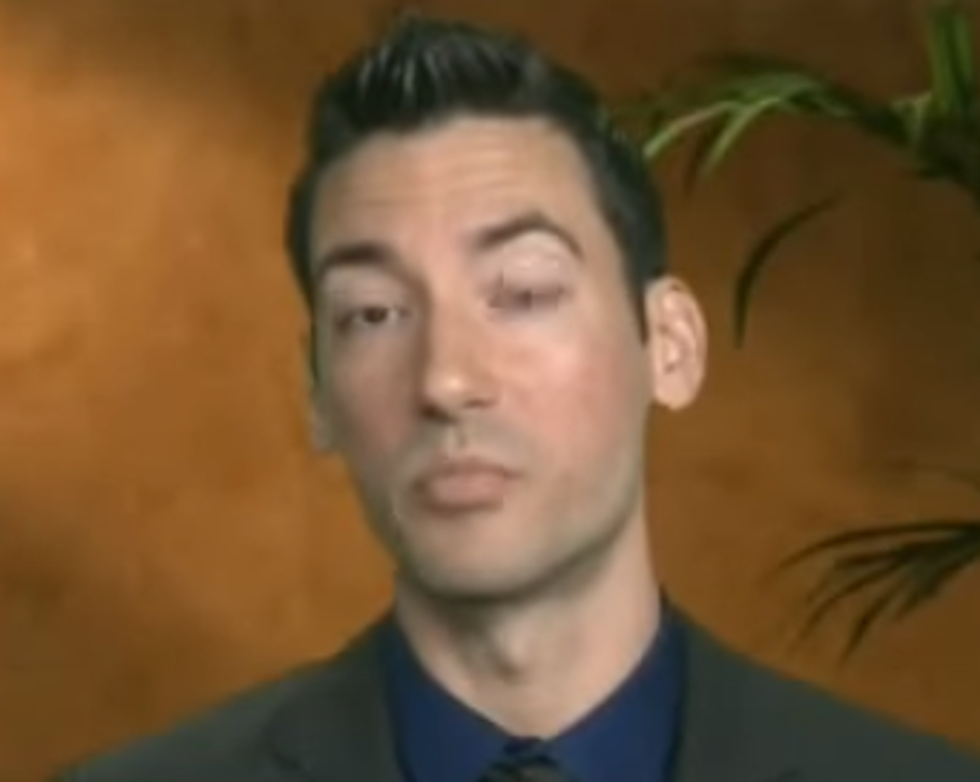 A face even a mother could punch.

[contextly_sidebar id="Jjlt9BPaaKVW9HsWq5NNFOKwkXLSb7cP"]At the end of January, we all giggled together about how LOL, David Daleiden of the Center For Medical Progress, the guy who made those fake videos that supposedly show Planned Parenthood selling grande WRITHING BABY PARTS smoothies (with whipped cream on top, of course) out of drive-thru windows all over America, was indicted for a whole passel of crimes by a Houston grand jury. Among them? The "Purchase and Sale of Human Organs," which was the very thing he and his videographer were trying to frame Planned Parenthood for doing! They could go to jail for up to 20 years, hooray! Of course, Planned Parenthood wasn't indicted, either because the organization is totally fucking innocent (if we're to believe all eleventy-million investigations of PP, none of which found any wrongdoing), or MAYBE they're even craftier than we thought!

Anywho, an arrest warrant was issued for Daleiden, and he finally turned his thuggy punk ass in to authorities in Houston Thursday morning. When he got there, the very nice prosecutors offered him a very nice probation deal, which would keep him out of prison if he promises never to try to buy organic free range baby parts filets from anybody ever again. But apparently he really wants to go to prison, because he told the prosecutors to fuck off with their plea deal:

“I think we all know that every day that goes by that the Texas authorities do not prosecute Planned Parenthood for their illegal trade in baby parts, they are sending a message to the entire country,” Daleiden told supporters outside the courthouse. “The state of Texas right now is open for business in baby body parts.” [...]

[Daleiden's] attorney noted that Daleiden would be rejecting the plea deal offered by prosecutors.

“What we want is an apology,” he told supporters. “He deserves an apology at this point. He is innocent of those charges.”

“Amen!” someone in the crowd shouted.

[contextly_sidebar id="CP9HhziOFBzO5i8A1XZlWGnikLqyJEUg"]Carly Fiorina and the rest of the GOP fell for his scam, either because they're very stupid, or they like to lie, and also they are ideologues for whom Planned Parenthood is the Devil times Gays times The New Black Panthers times Solyndra Benghazi AIEEEEEEEEEE!!!!!! times infinity.

Daleiden can pussy-whimper all he wants about how Texas should say sorry, and Planned Parenthood is so terrible, except for again, NO ACTUAL REAL INVESTIGATION HAS EVER FOUND PLANNED PARENTHOOD DOING ANYTHING WRONG. So hey, dude, we just used journalism to uncover a secret special  email addressed to you, and it says, "Sorry not sorry, LOL! Love, Texas"