Pleasant Young Gay In Anguish Over Dinners At White House 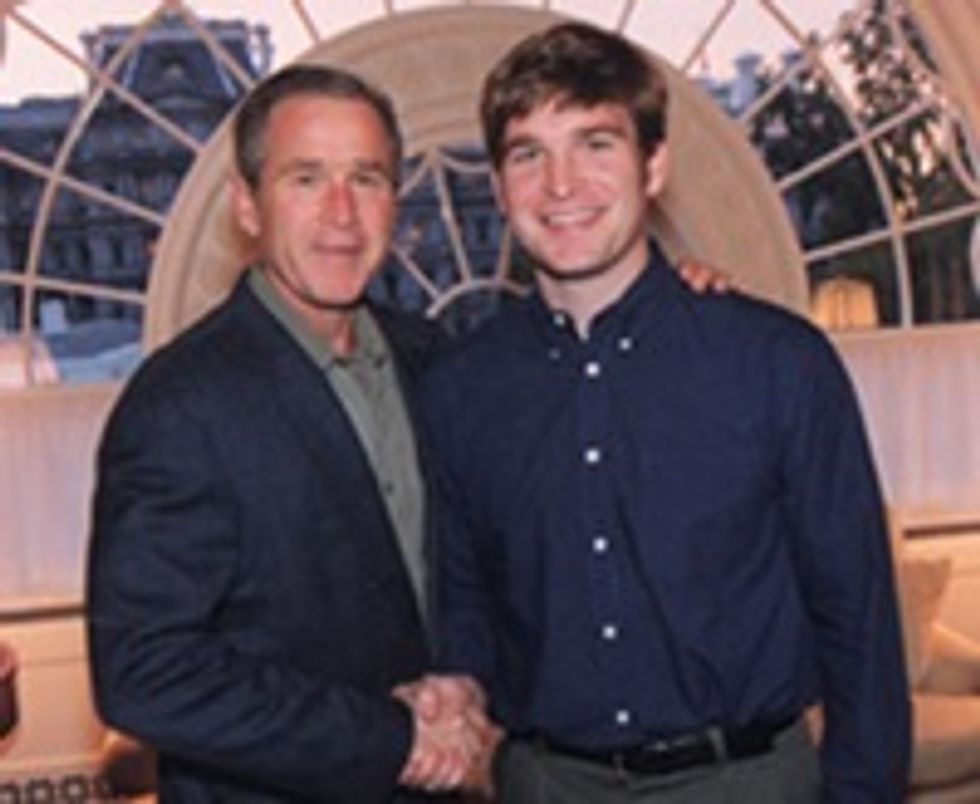 Some guy who was college buddies with Barbara Bush (the young one) went to the White House for dinner a couple times during George W. Bush's first term, and now he feels icky about it because of the war, and because he is gay. Is this just a completely banal retelling of a fairly boring bunch of stories, or is it the most fascinating thing ever...OR BOTH?

Here are some nifty things we learn from our intrepid essayist, C. Brian Smith:

Dude lighten up, there is nothing wrong with a couple free dinners, especially when you're 22! It's not like you chaired his re-election campaign or led his stupid war into a ditch. YOU ATE CHICKEN POT PIE WITH THE MAN, YOU DO NOT GO TO HELL FOR THAT.

My Dinners with Dubya [Vanity Fair]