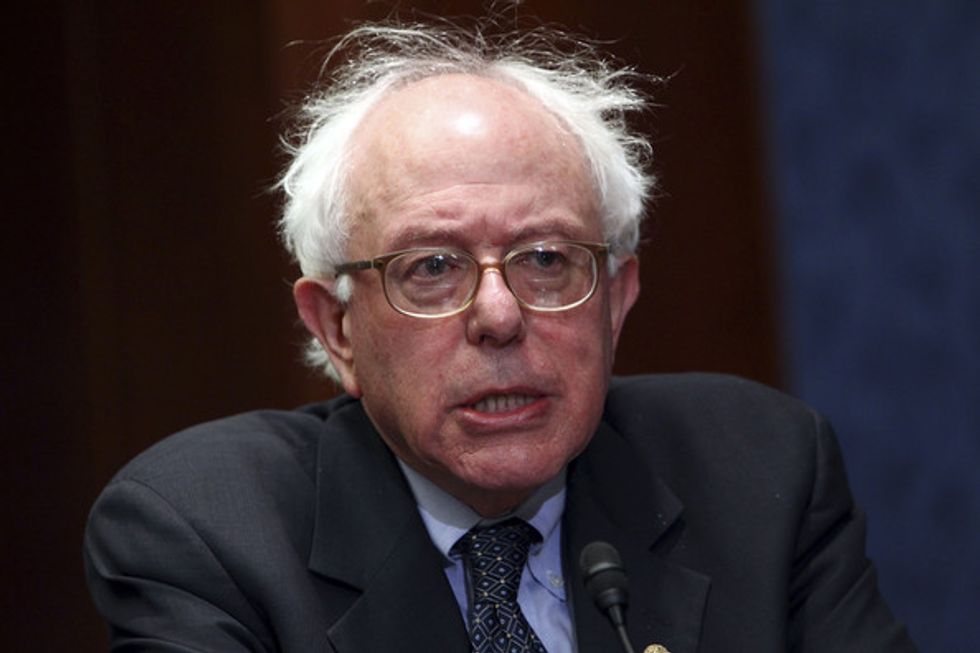 Earlier this month, Bernie Sanderstold The Nation's John Nichols that he is "prepared to run for President of the United States," and now we are treated to a reminder of how awesome that would be every time we read a new "who besides Hillary" item. It is like an It Gets Better Project for socialists.

It doesn't matter at all that Bernie Sanders has little chance of becoming president. A serious Sanders run would act as a year-long opinion poll: "Should Democrats advocate for policies that will make the country better even if some people who run large financial institutions don't like these policies?" If Sanders can push Hillary even half as far left as Santorum/Gingrich/Cain/Bachmann/Perry/FOX pushed Romney to the right, we might actually be able to vote for her in the general without risking injury to our mortal souls.

Because Sanders is an actual socialist and most deep-pocketed donors are not, it will be interesting to see how he might fund his campaign. OpenSecrets says he has more than $4 million on hand -- enough to make a decent splash in the early primary states -- and draws support from unions and the "retired" industry, which is, what, Epsom salts and bird feeders? Liberal Super PACs should also consider throwing some support his way if only to show their own supporters that they aren't Hillary's tools.

The main reason for this post is to tongue bathe Bernie Sanders, who is excellent. But the secondary reason is to tell everyone that we need to make sure Bernie Sanders runs. Here's where his head's at now:

He's asking us if he should run. We need to be yelling at him -- "Yes! Run! For the love of Eugene Debs, run!"