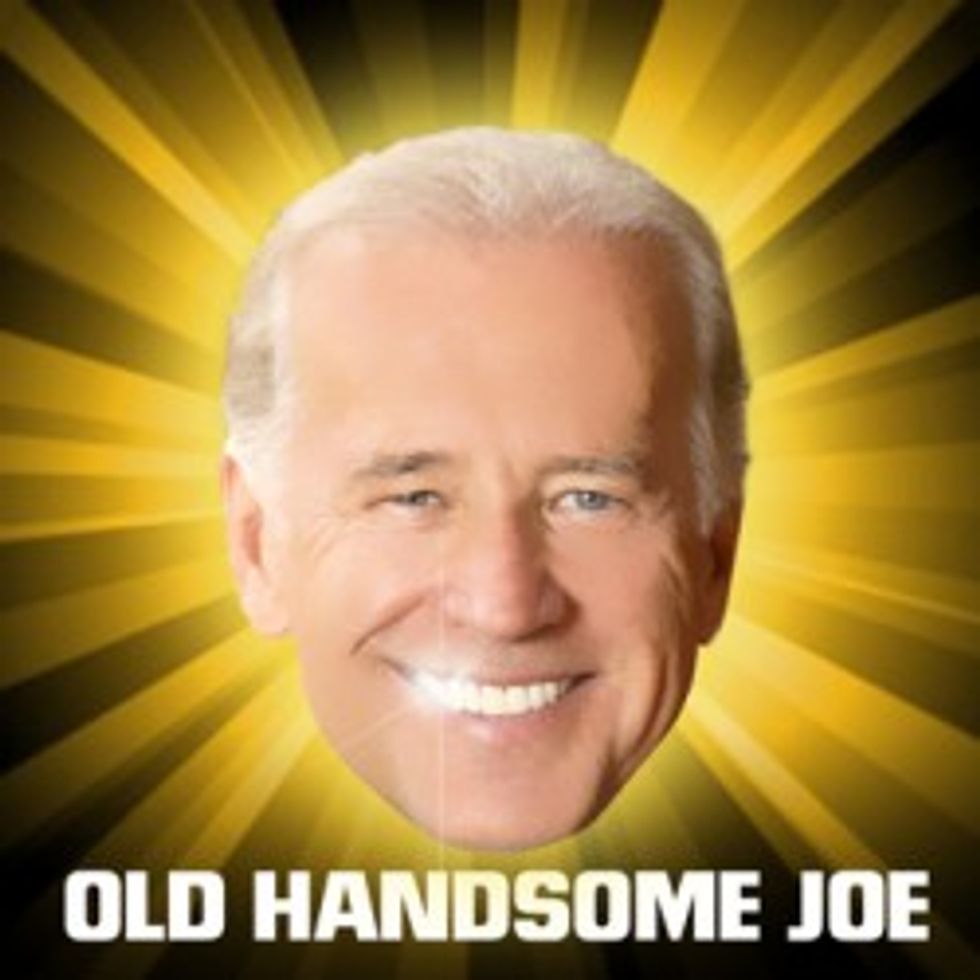 Let's be honest. There has been a shortage, nay, a dearth, of news lately. Did we use up all the news during the election? Because good lordevery media outlet we can find is covering the fact that Joe Biden went to Costco:

Vice President Joe Biden bought a wide variety of things during his Thursday morning shopping spree at Costco in Washington, D.C., according to a White House pool report. Biden's shopping cart was filled with, among other things, "children's' books, fire logs, a 32 inch Panasonic TV and a big apple pie."

It's unclear whether the vice president bought a watch.

But what really sets Costco apart from other stores is its constant offering of free samples. Visit a Costco on any given day and you'll be offered bites of frozen pizzas, Hot Pockets, hummus, cheese, soft drinks and other tasty treats.

Yeah, free samples is where it's at.

UPDATE, 10:55 a.m.: As expected, the vice president availed himself of Costco's plethora of free samples. Between conversations with shoppers about the White House's tax negotiations with Congress and hugs with fellow Delawareans, Biden snacked on some of Costco's food offerings. According to a White House pool report, it looked like Biden enjoyed them.

OF COURSE HE ENJOYED THEM. Handsome Joe is just like you, if you had an entourage to go to Costco with you. Costco is also awesome because they are the super-liberal-democratin' company. They love Obama, and that makes wingnuts sad because the CEO is insufficiently concerned with dicking over regular folks:

Jelinek, the new CEO, revealed in a statement that he spoke with Obama last weekend, and urged him to extend middle class tax cuts. “It is imperative that both sides of the “aisle” compromise… to eliminate uncertainty, and allow for continued economic recovery,” he wrote.

In the short term, Costco doesn’t appear to be very worried about the looming tax hikes on investors.

Listen, Mr. Jelinek - if that is even your REAL name - don't be a class traitor. Rich people help the rich people. Jeez. What were we talking about? Oh, yeah. Handsome Joe. Costco. Did we mention that there is no other news today so everyone is writing about this? Only yr Wonkette, however, is monetizing this shit. Go buy some damn coffee cups. Keep yr Wonkette rolling in cubic zirconia and kitten pix. Bring Smokin' Joe to meetings! You will be much happier if you see this picture first thing in the AM:

Look on your works and weep, America. The best thing you did today was send your second-in-command to the store that everyone else avoids on weekends because jesus, the parking makes us murderous.