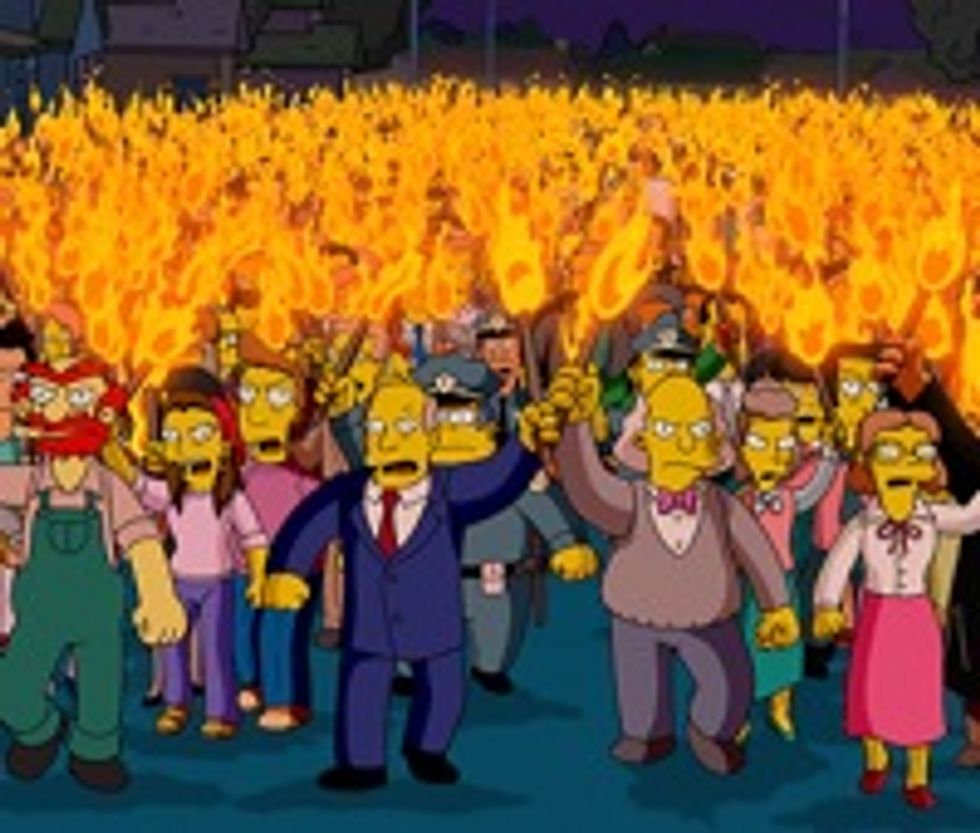 Oh hey it's that mob rule and class warfare we've been told so much about! A SEETHING MOB of, uh, peaceful protesters who were not arrested by police visited the homes of two "financial predators" over the weekend. Financial predators are like sexual predators, only without the sex perversions. Instead, they like to lure youngsters into the backs of windowless white vans and force them to sign zero-percent down no-interest ARMs with a $400,000 balloon payment after five years.

The protesters mistakenly threw old furniture and protested on the lawn of a large mansion that they thought belonged to the Merill Lynch CEO. Turns out it was the house for just the servants of the CEO; the real house was much much bigger.

Is this true? Who knows! Maybe Kathleen was mistakenly referring to the home/servants' quarters of Greenwich Financial Services CEO William Frey, who was not at home while protesters put furniture on his lawn? He told the Stamford News that "I could care less. It's really much ado about not much at all...They have a first amendment right to jump up and down and scream."

It is a true testament to the crippling unfairness of the American caste system that a bonehead who says "I could care less" is a fat cat CEO with a mansion large enough to host a squadron of angry protesters, while people who use proper grammar are all jobless.