Plucky Haggis-Eating Highlanders Decide 'There Can Be Only One!' 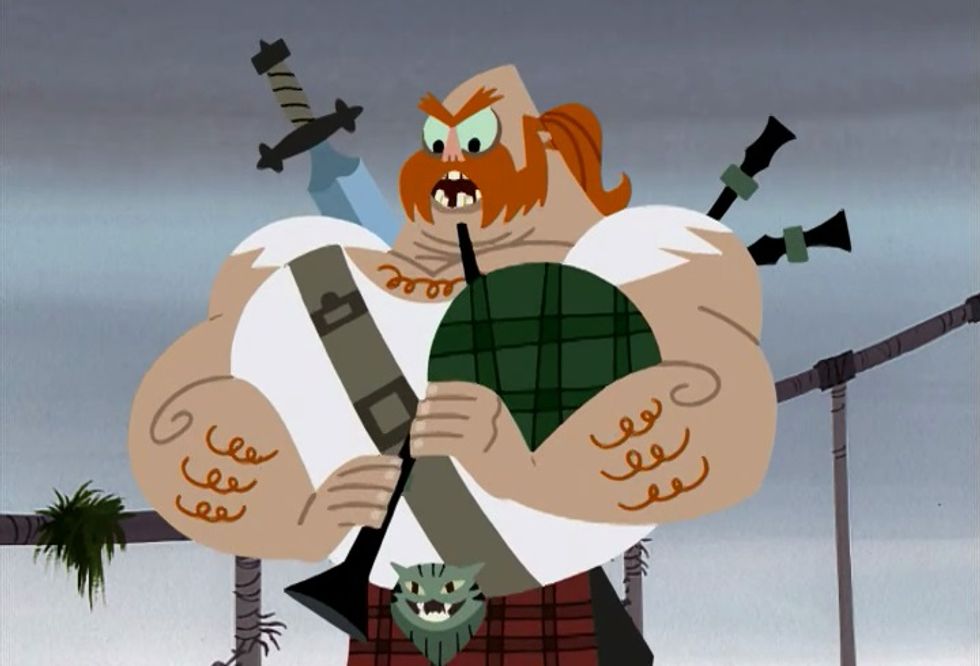 Scottish votersturned down a referendum on independence from Britain yesterday, leading bloggers everywhere to brace for a slew of angry emails about how they didn't use "England" or "United Kingdom" or "Great Sceptered Lizard Queen Realm Of God's Own Bloody Bollocky Green and Pleasant Land" correctly. The final tally was 55.3 percent against independence, 44.7 percent for, a margin of victory for continued union that was wider than polls had predicted.

Say, New York Times, what are the Larger Implications of All This, Then?

The outcome was a deep disappointment for the vocal, enthusiastic pro-independence movement led by the Scottish first minister, Alex Salmond, who had seen an opportunity to make a centuries-old nationalist dream a reality and had forced the three main British parties into panicked promises that they would grant substantial new power to the Scottish Parliament.

The decision spared Prime Minister David Cameron of Britain a shattering defeat that would have raised questions about his ability to continue in office and would have diminished his nation’s standing in the world.

In the week prior to the election, Cameron promised greater autonomy to Scotland if they'd please, please stay -- such as increased control over taxation, public spending, and social services -- and, if Scotland wants, it can get together for a night out with Wales and Northern Ireland more often, maybe even take that class at the community college it was talking about. England knows it hasn't always been the most attentive, but it really needs Scotland, and the UK just wouldn't be the same without her, baby. And England means it this time, said Cameron:

“We now have a chance – a great opportunity – to change the way the British people are governed, and change it for the better,” he said. As for the promises of greater powers for Scotland, he said: "We will ensure that they are honored in full.”

Scotland apparently is resolved to giving the relationship more time, but is still unhappy about England leaving its dirty socks and nuclear weapons all over the place.