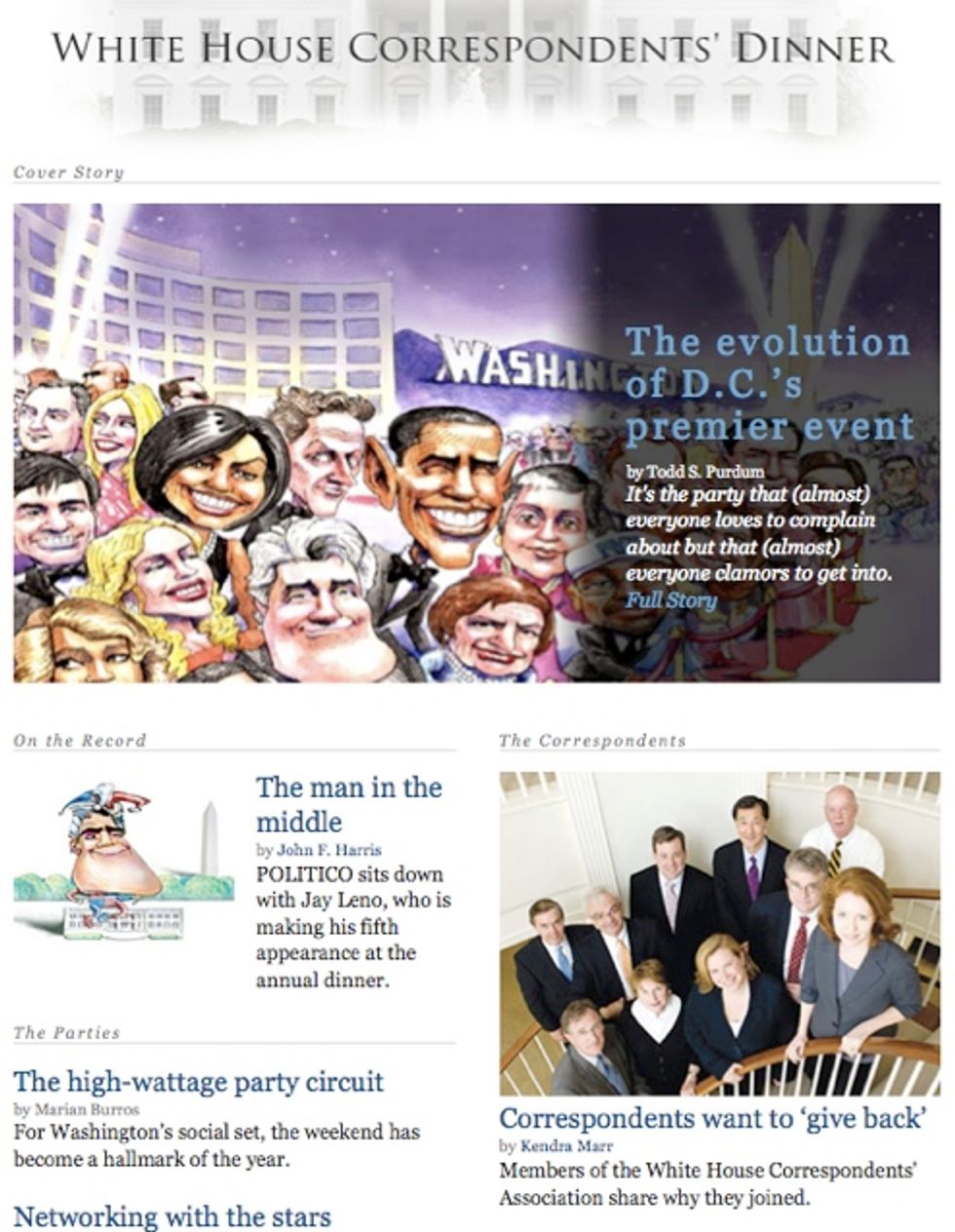 If you thought POLITICO wouldn't create a new major section of its website just for coverage of an annual banquet for local reporters, THEN YOU JUST DON'T GET IT.

No that's an actual headline. "Correspondents want to 'give back.'" It is truly the greatest form of altruism, to join the board of a local trade association.

CNN’s Ed Henry began shooting his stand-ups in front of the White House in 2006. And he ran for the board’s TV seat a year later. “I wanted to give something back, not just show up and punch the clock,” he said.

Henry jokes that, like a good politician, he listens to his constituents. He’s fought the White House press office for more access, questioning a recent decision to bar cameras from a critical foreign policy meeting.

But he also succeeded in replacing the microwave — which had stains dating back to the first Bush administration — in the press break room. As chairman of the microwave subcommittee, Henry navigated the perplexing process of ordering a new appliance through the General Services Administration and getting it through White House security. “Nothing is easy in government,” he said.