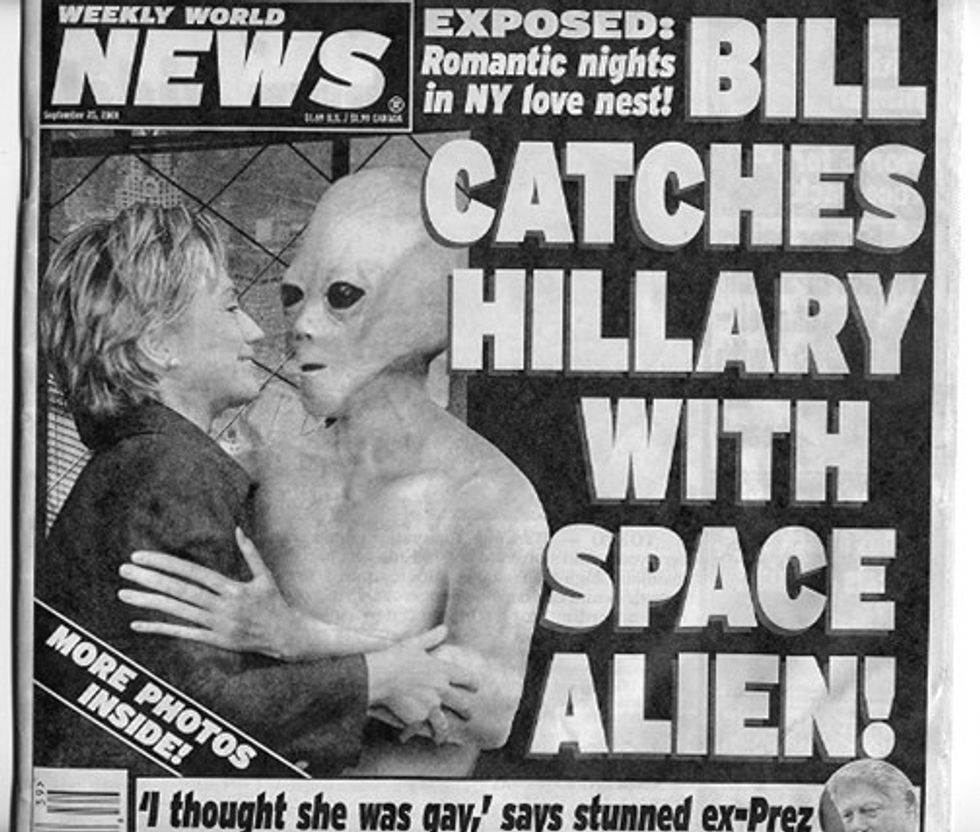 Probably lied about that too.

Politifact is loathed on the Right for upholding the premise that there is observable fact in the world that can be weighed, measured, and rated either "Pinocchio Tire Fire" or "Yeah We Guess, With Nitpicks Because HOLY SHIT Are We Nitpickers." On the Left, it is usually cited as a neutral, impartial arbiter, with occasional bitching about how it has been beaten around the head and the body by the Right until it cries rightwing drunk uncle and gives them everything they want, like a common Facebook. But other than the continual seeking of false "balance" so they won't look partisan, other than that, you know, whatever. They're mostly fine.

Politifact, generally, is good at providing facts and terrible at analyzing them -- sort of like how Maggie Haberman at the New York Times is good at gossip and terrible at reporting anything that's not just palace intrigue. You know, like that.

Let us give you an example of how cribbed and curdled Politifact can be: For its 2011 "Lie of the Year," it chose Democratic attack ads on the GOP saying the GOP had voted to abolish Medicare. But hadn't the GOP just voted to abolish Medicare? NO, LIE OF THE YEAR, quoth Politifact, because Medicare would still exist for those over 55 -- just not for the rest of us! Nice job, Politifact.

Now we have Politifact here to explain that Hillary Clinton is a Lying Liar who Lies like a common Al Gore (who also isn't a liar), like so:

Oh, Hillz, what did you lie now!

Citing the Las Vegas shooting that killed 59 people and injured hundreds, Hillary Clinton urged the nation to do more to prevent gun violence during a speech at the University of California at Davis on Monday. [...]

Clinton went on to make a claim about the number of mass shootings that have taken place this year — and misstated how they are defined.

"There have been more than 270 mass shootings in the United States this year alone. That’s where four or more are killed. Two hundred and seventy. We cannot accept this as normal. We cannot become desensitized."

HILLARY, YOU IGNORANT SLUT! While Politifact points out in the bowels of its You-Lying story that federal data USED to define a "mass shooting" as four or more people killed, NOW most websites that track mass shootings define them as four or more people killed OR INJURED. And if you only count the ones with four people KILLED, there are NOT 270 of them so far this year!

Say a million words at us, Politifact:

Hillary Clinton in her UC Davis speech said there have been more than 270 mass shootings in the United States so far this year. She defined the events as "where four or more are killed."

Our research has shown that a broad definition of mass shootings requires four or more people to be killed or injured. There have been more than 270 of those horrific crimes so far this year.

But Clinton left out the key words "or injured," dramatically changing the criteria for these shootings. There have been a much smaller number of mass shootings that meet this stricter criteria of "four or more people killed," nowhere near the 270 she claimed.

Fuckin' liars, why they lie? Probably because they are Clintons, and William Safire once called Hillary a "congenital liar" because of fucking TRAVELGATE. (Read that last link, please, I'll wait.)

For shits and giggles, let us look at some of the Politifacted statements of Donald Trump -- who, naturally, gets many "Pants on Fire" ratings from Politifact because have you ever actually heard him open his mouth?? -- and see where Politifact places his bar. (It is in the wine cellar, under the Chateau Lafite Rothschild.) All links can be found here.

Here's one that reads "no loopholes, many deported." It is MOSTLY false!

Here is one that is actually False! But not OH MY GOD YOU ARE BURNING UP false. Which it is.

What's this? Only Mostly False? Eat me.

Oh, half-true, because the "majority support"? (The majority DO support! Also fuck you!)

Politifact needs to explore its true calling: joining Breitbart and cooking up stats on black-crime.

Wonkette is ad-free, Silicon Valley funding-free, and here as a public service TO YOU. Support the cause, of us yelling at dicks! Give us money, or buy our hat, below!