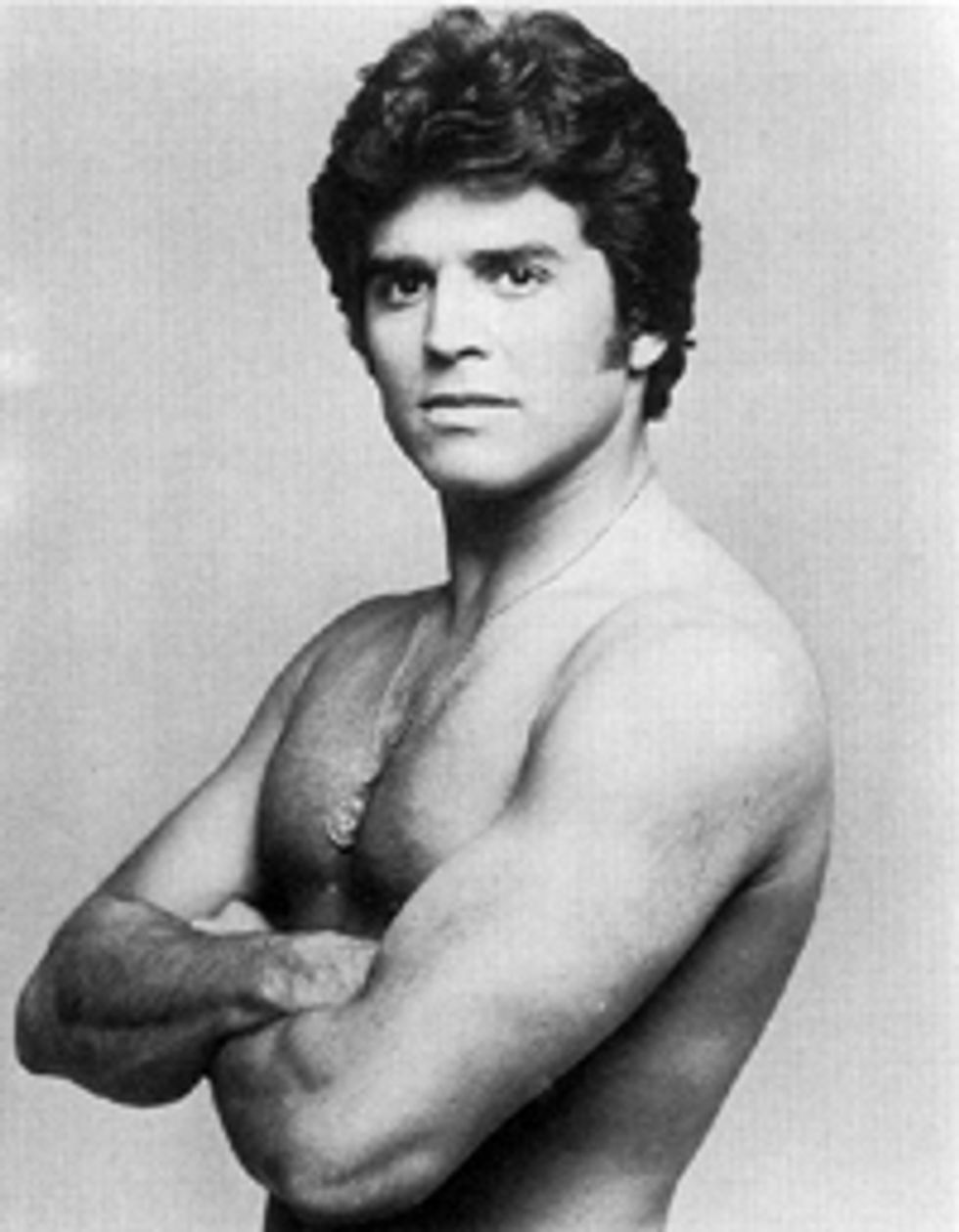 All the coolest fake actors love John McCain! Erik Estrada, the guy who played Ponch on the beloved American cop showCHiPs, will be hosting a big fundraiser for the Republican candidate. CHiPs was very popular in the late nineteen hundred and seventies, when every American female had to declare her sworn allegiance to either the dark and mysterious Francis “Ponch” Poncherello or "Jon," the guy who looked like John Denver. Ponch devotees were summarily deported to Iran, whereas fans of Jon were told that their guy was pretty boring.

Erik Estrada is now a part-time cop in Muncie, Indiana, and also works in Bedford County, Virginia as a "full-time deputy sheriff." Basically he loves COPS COPS COPS and also John McCain, whom he supports for President. He is still, disturbingly, sort of hot.