Poor Dumb Oklahoma Humiliates Itself Again, Sets It In Stone 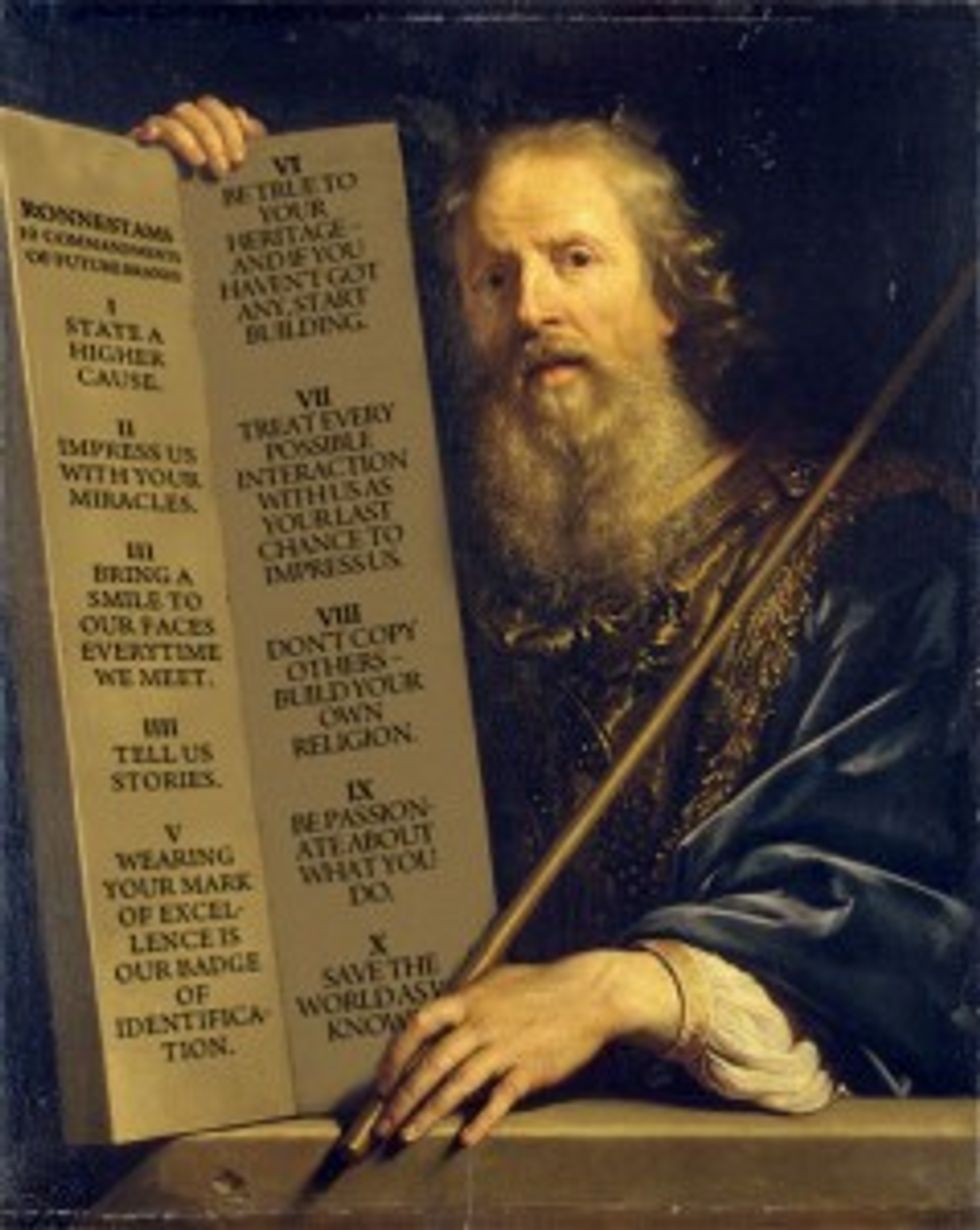 Good news for Rage Against the Machine fans – another Republican loves your favorite band! Apparently Paul Ryan isn’t the only one who enjoys loosening his tie for a little “the power” fighting. Mike Ritze, current head of the Department of Forced Religion for the ruling Oklahoma Military Junta (and state lawmaker in his spare time) has finally unveiled his controversial Ten Commandments monument at the state capital, and it turns out the monument has little to do with honoring God and morals and country and blah blah blah. Ritze has pulled a fast one on his anti-secular GOP buddies with a secret plan to undermine and ridicule the prominent role religion plays in his state, and he’s executing itfrom the inside, man.

Ritze’s plan? Create a three year national controversy by fighting to install a religious monument at a government capital, because all those Oklahoma Communists running around need to be reminded of that glorious day 225 years ago when our founding fathers drafted and signed those Ten Commandments into law at the bottom of that flaming hill. Once everyone is good and mad at each other over whether or not some shitty stone slab will grace the capital complex of America’s least favorite state, secretly meet with the company erecting the monument and convince them to misspell MAYBE THE MOST IMPORTANT WORD IN JUDEO-CHRISTIANITY!!!!! (AND METAL!!!!!)

Ladies and gentlemen, Mike Ritze wants you to remember the SABBETH, a new American holiday where families everywhere gather to burn state flags and urinate on the Our Lady of Guadalupe window clings that infest nearly every house on the block, WHICH YOU’VE JUST NOW NOTICED HAS STARTED TO REALLY GO DOWN HILL I MEAN HAVE YOU SEEN ALL THESE OUR LADY OF GUADALUPE WINDOW CLINGS????

"It's a simple oversight and it will be fixed quite easily is my understanding, but the monument company said there's no problem with fixing that," said Ritze, a Broken Arrow native. "They are a reputable company that does monuments all over the country and the state."

Wonketteers, it is time to start a monument company that doesn't misspell or mispunctuate "sabbath," maidservant," and "neighbor's." We will make all the Ameros in the land!

Sure, you could assume the company responsible for the monument’s lettering made an innocent (though boneheaded) mistake. But then you’d have to assume our President isn’t a Communist mastermind who uses operatives to infiltrate the Republican Party. You’d have to honestly believe Barack Obama has no undercover agenda aimed at embarrassing an entire religion – not to mention most of a major political party. Moreover, you’d need an unshakable faith in unintended irony. You’d have to be the kind of person who wants to build an ornate religious monument at a site of secular governance to promote time tested values, such as avoiding idol worship. Who would want to be that big of a ninny?

Sadly, for anti-secular Republicans, one can’t help but acknowledge the depth of this conspiracy. According to Ritze, the misspelling of “Sabbath” is simply a minor error that will be remedied quickly and easily, which is believable if you don’t know the real Mike Ritze –- always hiding away in his garage with his shirtsleeves rolled sloppily to the elbows, headbanging to Guerrilla Radio.