Poor Obama Has Nowhere To Celebrate 9/11 This Year :( 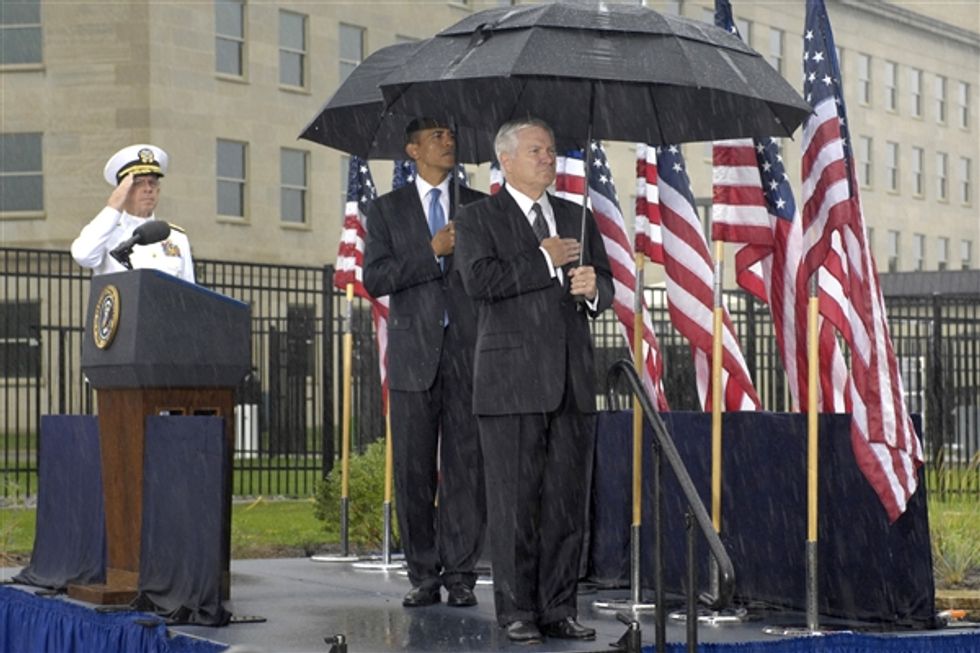 We all know that 9/11 is the best holiday ever. It's like Christmas and the Fourth of July and Halloweencombined! Dick Cheney is alive right now just because he willed himself to see another 9/11. But according to Politico, who have labeled the situation "awkward," like a 19-year-old coed, Barack Obama has nowhere to go this year. The site in Pennsylvania where that one plane ran into the ground? Michelle and Laura Bush are going to be there, so that 9/11 place is for girls. Eww! 9/11 cooties! Obama can't go to the Pentagon, because he went there last year, and everyone knows that that one isn't important enough to visit twice. As for the World Trade Center site, well, umm, there will be anti-mosk protesters there.

Yes, protesters will be there to yell and froth about Muslim Americans and their rights, solemnly, joined by noted American patriot anti-Muslim Dutch MP Geert Wilders. But who can blame them for wanting to scream at Obama when he's trying to hug widows and put that damn wreath at the pile of damn wreaths? So, omg, you guys, awkwaaaaaaaaard.

Politico says Obama's only option is to go hang out with some troops for the day, because they're sorta nine-eleveny. But that's not as good. It's like eating pheasant instead of turkey on Thanksgiving. Or, in Obama's case, eating turkey instead of non-Muslims on Thanksgiving, because he likes to EAT white people.

But also Obama does not want to go to the World Trade Center site this year because he needs to make the big 10-year anniversary the biggest party ever, and that means the bright lights and big city and lots of hookers who look like Dick Cheney, and thus NEW YORK, BABY.

But also also, when does 9/11 become a thing our presidents don't feel they have to commemorate every year? You think FDR went to Hawaii every year to commemorate the Pearl Harbor attacks? No, he stayed at home, gettin' wasted and injecting himself with that sweet, sweet Polio. [PolioPolitico]