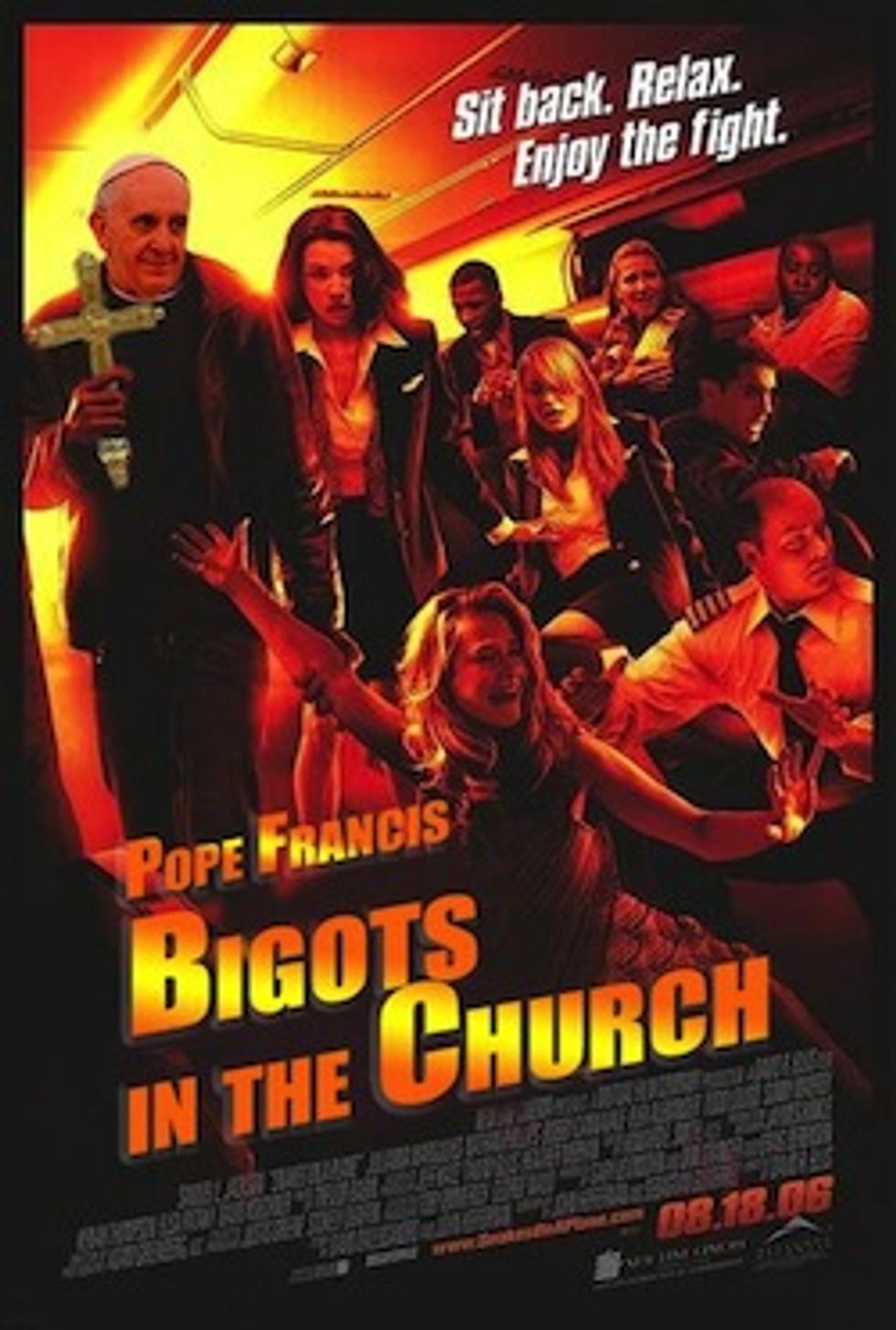 However you feel about Pope Francis, your newish President of Christmas Classic, it's hard to argue that he isn't a vast improvement over the last guy. For example, we liked when Newish Pope washedMuslim girl feet, something we couldn't picture Benny Sixteen doing unless money was furtively exchanged, along with the understanding that nobody must ever know of it. We also liked when Francis told everyone not to be dicks to poor people, and we really liked when he said Catholics should not be "obsessed" with gays, abortions, and slut pills.

And now we like this new thing he said, which was:

“The faith becomes ideology and ideology frightens, ideology chases away the people, distances, distances the people and distances of the Church of the people,” Francis added. “But it is a serious illness, this of ideological Christians. It is an illness, but it is not new, eh?”

Love that "Eh?" because it allows us to picture the scene, his eyes a-twinkle -- did he wink? -- as he pats our heads, then turns and like, flies in the air or something.

Newish Pope's latest discourse strikes us as a direct rebuke of his predecessor, who had a well-known fetish for writing stuff like "One Million Disquisitions on the Biblical Prohibition Against Everything Fun (and Other Buzzkills)" before he got the top job as a reward for covering up all the child rape (our pet theory).

Yes, we know there are questions about whether Pope Francis did all he could do during Argentina's "dirty war;" here's a pretty balanced take from TIME. The most credible accusations are hard to prove one way or the other: that he didn't do enough to oppose the brutal military dictatorship generally, and specifically that he failed to push the regime for the release of two captured priests under his jurisdiction. Honestly though, whatever. If we are holding people to the standard of "We can't like you unless you have risked your life in some grand, futile gesture like speaking out against a murderous regime," we might find that it's even harder to make friends. This is a problem Newish Pope obviously does not have, even though he dresses funny.