Poppy Bush Jumps Out Of Plane To 'Celebrate' Birthday 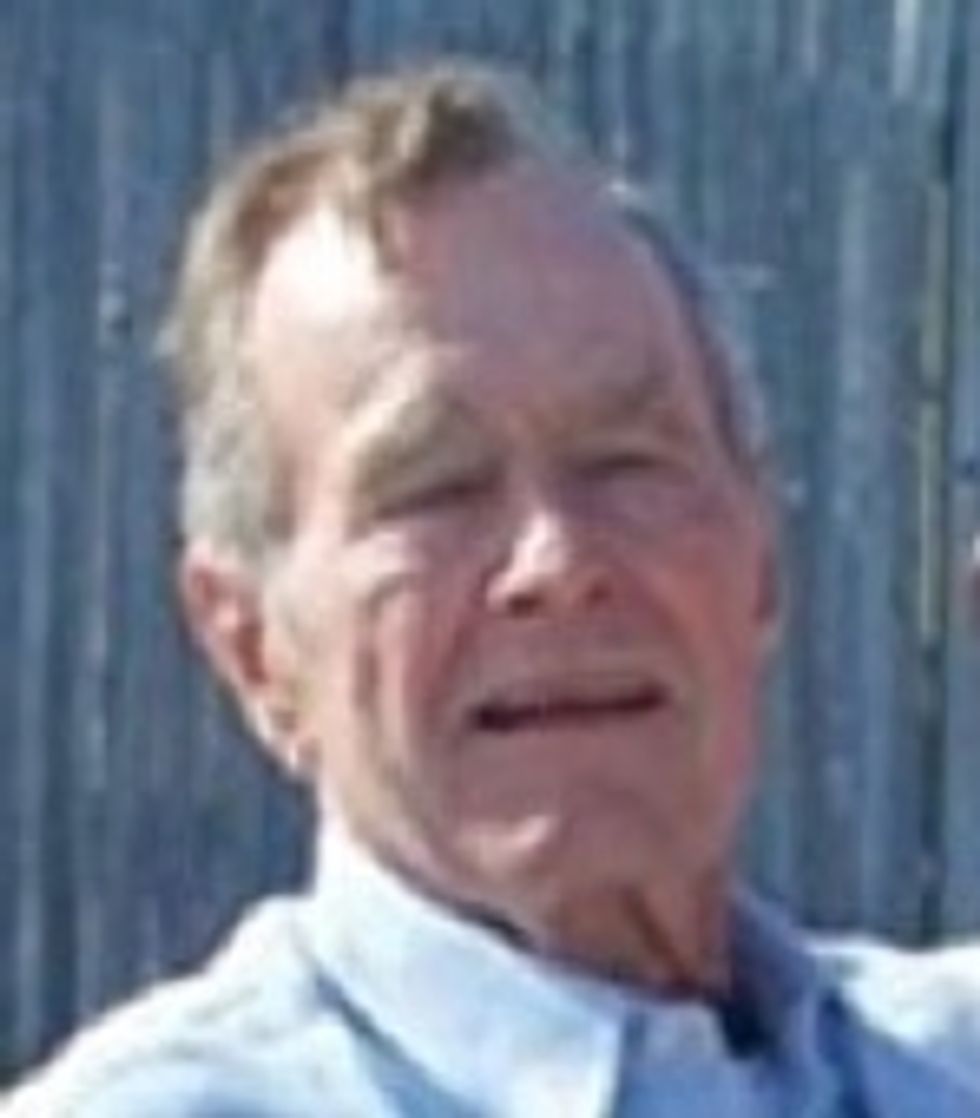 George H.W. Bush periodically flings himself out of planes to mark the passing of another depressing half-decade in the twilight years of a disappointed old man whose presidency fell squarely into the "unimpressive" column until his son's presidency showed us what unimpressive wasreally all about. What this troubled senior needs is not a squad of toothsome paratroopers to strap on his back, but instead a sympathetic ear to listen -- truly listen -- to his long litany of regrets, starting with how he should have had George W. Bush excised from his nethers before the unwanted growth had a chance to ruin America. [CNN]