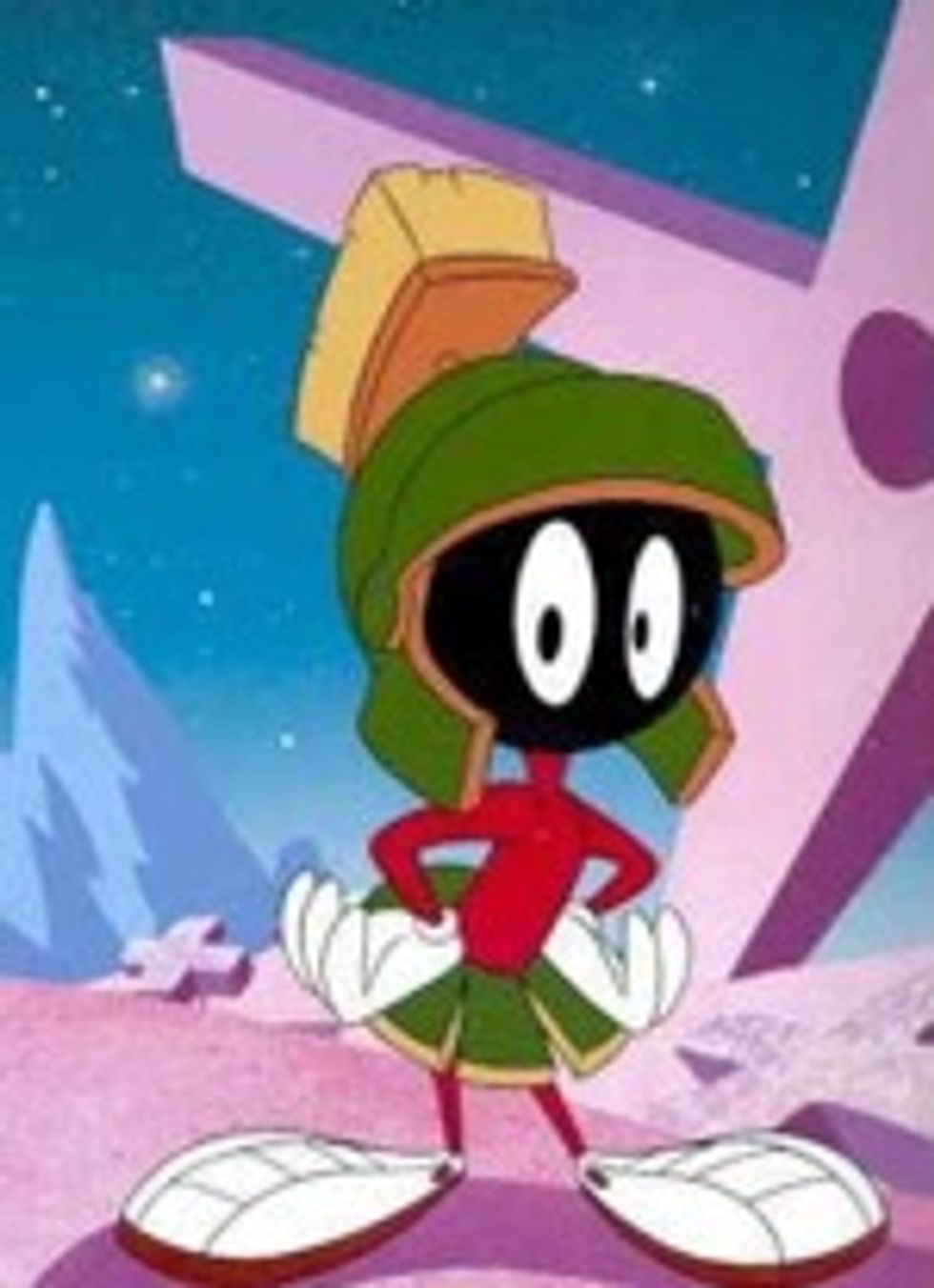 When this whole hurricane thing happened, millions of Republicans breathed a sigh of relief: this "tragic" weather event gave such national embarrassments as our president and vice president a natural reason for skipping the party convention, out of respect for the people several thousand miles to the south who did not drown this time. But even though President Bush will not be at the Republican National Convention in body, he will be there in mind, through the magic of space robots!

Early reports say that this evening may feature "a 9:30 p.m. address by President Bush - via satellite from the White House." Ha ha, George Bush isn't even allowed out of the house these days. Dick Cheney, of course, will not be giving addresses of any sort because he is off harvesting whale sperm in the Caucasus.