President Obama Now Your Sister-in-Law, Wasting All His Time on Pinterest 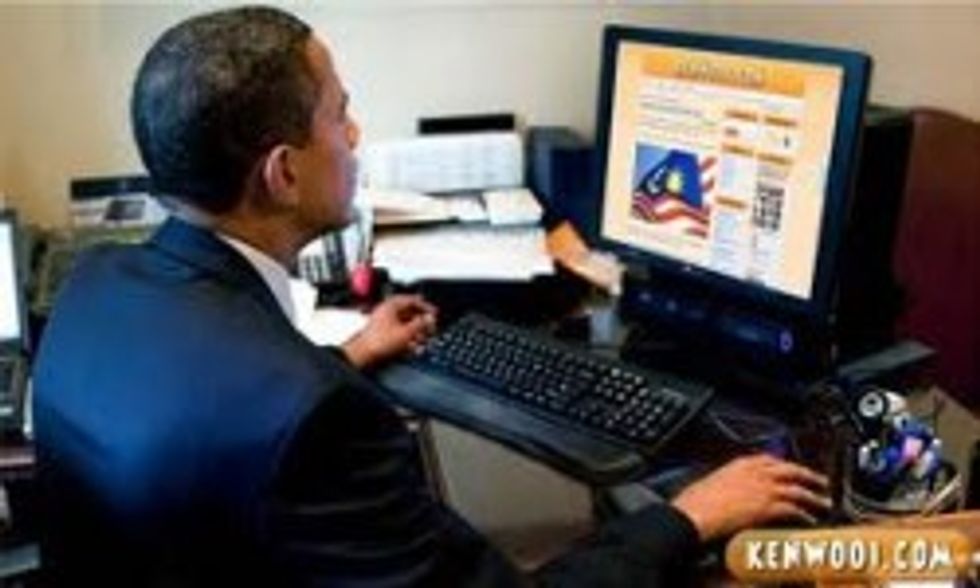 How is Barack Hussein NOOBAamA disgracing the Oval Office NOW? He is cold just sitting on Pinterest, swapping recipes for Obama cakes and "pinteresting" (?) dreamy window treatments and the softest pashminas! Why is Obama Pinteresting whengas prices are so high? Shouldn't Obama be transmitting to his Russian masters instead of gawking at adorable ways to decorate with pumpkins? IMPEACH!

Here is the Great Impostor's Pinterest wall (board?), which is supposedly run by his campaign. It has recipes, and cakes, and "Obamart" and job growth charts. But why hasn't Obama pinned the New Black Panther Party, huh? Why hasn't he pinned his father, Bill Ayers? Most importantly, why, under "Obamart," is there a Shepard Fairey portrait of Tom Hanks? Is it because Tom Hanks is racist? (Yes.) [CNET]