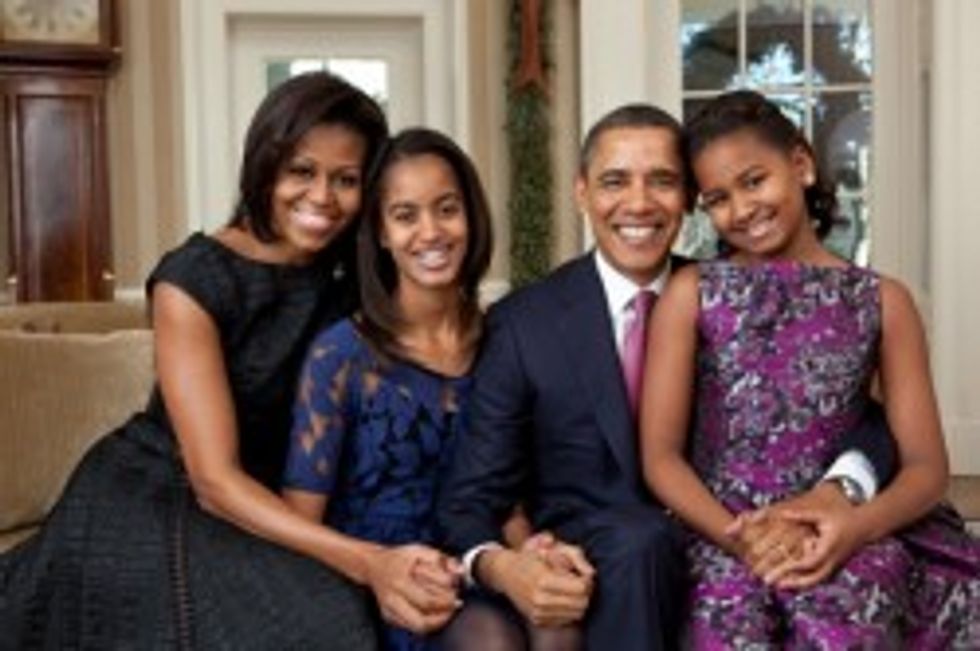 Clutch your pearls and bring out the smelling salts, becausethis is sure to make fetus fetishists get all faint and outraged and stabby (or clinic bomby -- for life, of course):

Planned Parenthood Federation of America announced today that President Barack Obama will deliver the keynote address at the organization’s annual gala dinner in Washington DC on Thursday, April 25. The “Time For Care” dinner, attended by Planned Parenthood’s supporters and national and local leaders from across the country, will honor champions of women’s health.

Jeez, Mr. President, why don't you just burn some bras and shrink some penises while you're at it? Only a total radical feminazi baby-hater would give a speech at an event for Planned Parenthood. Don't you know that it is the most eeeeeeeeeeeeevil organization in the whole wide universe EVAH and is building an $8 billion abortionplex, complete with a nightclub and multiplex theater, so it can mass produce 'bortions? (Oh, no, wait, that was just a satirical story in The Onion, which everyone knows means it's not actually a real thing. Everyone who isn't this idiot congressman from Louisiana, John Fleming, who is an idiot and thinks that it's a real thing.)

The only logical explanation for the president giving a speech at this event is because he hates babies and women and families. That must be it. Or ... or maybe it's because he's kind of really into health care and also lady health care? We seem to recall him talking about that once or twice when he was running against some douchehole loser who was all, like, "I am going to get rid of Planned Parenthood because women who need health care can suck it. Now how come the women don't like me?"

“Mr. Romney wants to get rid of funding for Planned Parenthood. I think that’s a bad idea. I've got two daughters. I want them to control their own health care choices. We're not going backwards, we're going forwards," President Obama said at a campaign event in Oregon on Tuesday night.

Ugh. He wants his daughters to be able to control their own bodies? That is SO GROSS. And even worse, he wants everyone's daughters to have control over their own bodies, which is even grosser, and also he thinks women being able to have access to basic things like breast exams is a good idea maybe? Here, we will let Planned Parenthood President Cecile Richardson 'splain:

President Obama has done more than any president in history for women’s health and rights ... He understands that access to birth control and preventive health care are economic issues for women and their families. We fought alongside him to ensure that women’s health access was expanded in the landmark Affordable Care Act, and now we have to fight hard to ensure that the full promise of health care reform is realized for millions of women. We are honored to have President Obama join us at our ‘Time for Care’ Gala at this pivotal moment for women’s health.

Blah blah blah health care blah blah women and their families blah. Whatevs. He probably just wants a chance to meet Dr. Ruth Westheimer, who will also be at the event to receive an award "for her lifelong commitment to empowering women and men to talk openly and honestly about sex and sexual health." She's such a slut.