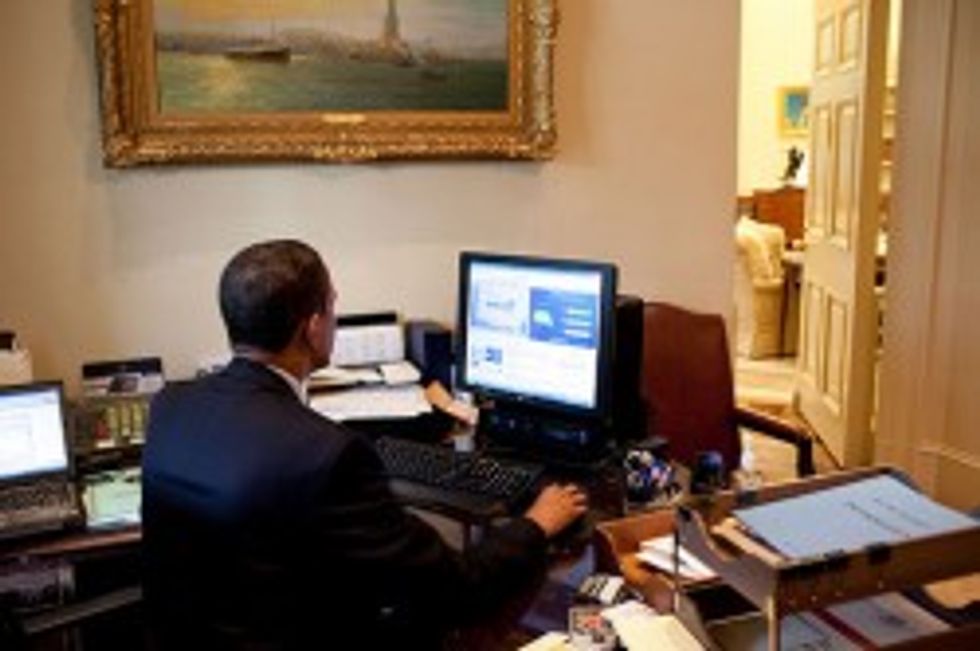 It is the middle of a Wednesday, so our President wants to hang out on Twitter and connect with the Youths, who used to look to him, wide-eyed and full of that thing called “Hope.” Now that Hope has been murdered and buried at sea with bin Laden, it is important that Barack Obama remind everyone that he is the president of the Rebecca Black meme generation, because he can use a phone to write things, about how he is acool dad or whatever. Today he is going to prove his Interwebz skillz to the next level, by holding a town hall meeting, on Twitter! Only he will not actually touch Twitter, because not so fast, America!

Barack Obama wants to answer your questions on Twitter, but he’s not going to, because that could be “dangerous.” When politicians use Twitter they are almost always ridiculed or forced to resign, because at any point, Twitter could just take a picture of your genitals, and you will never see it coming.

The White House and Twitter, which is co-hosting the Tweet-up, is taking measures to ensure there's no chance Obama will fall prey to some of the Twitter mishaps that have ensnared the likes of Sarah Palin (who memorably and quite unintentionally coined the new word "refudiate" in one tweet) and former Rep. Anthony Weiner (D-NY) who showed just how easily Twitter can get you into trouble by a simple slip of the mouse or misdirected twitpic.

In fact, the President won't be actually tweeting at all so he won't have to worry about those 140 character limits on his soundbites or knowing the right kind of hipster lingo and hashtags to thrown in. No, Obama will be responding verbally on a White House live video stream to questions sent in by Twitter users. Twitter will be responsible for vetting the questions and filtering inappropriate topics, as well as trying to keep the questions focused on the jobs and the economy.

How boring! A real Twitter town hall would include all the inappropriate things, and questions from cartoon characters and whoever else lives on Twitter. We will liveblog it anyway, if we can find enough alcohol in the middle of the afternoon. [TPMDC]