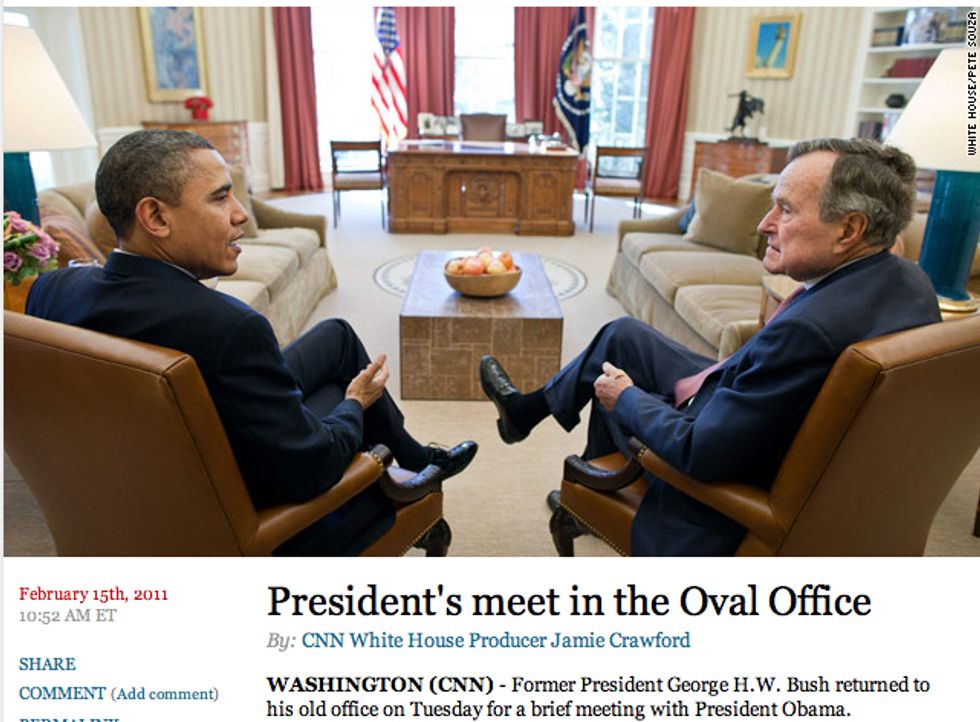 When will the Labor Department finally bust CNN for employing a dimly lit room full of second-graders to write the news stories on its website?

Former President George H.W. Bush returned to his old office on Tuesday for a brief meeting with President Obama.

Yes, he did used to be president. Very good.

Bush, the 41st President of the United States is in Washington to recieve the Presidential Medal of Freedom later this afternoon in the East Room.

Sure, that's a detail.

Today's meeting is not the first for the two presidents.

A+. Now, any idea what these two men talked about or what it has to do with politics? Or any idea why George Bush is giving Obama that look he gave Barbara when he was trying to figure out how to kill Saddam Hussein and she shoved that fetus jar in his face?

Never mind. Leave that stuff to the wonks at the Weekly Reader. [CNN]