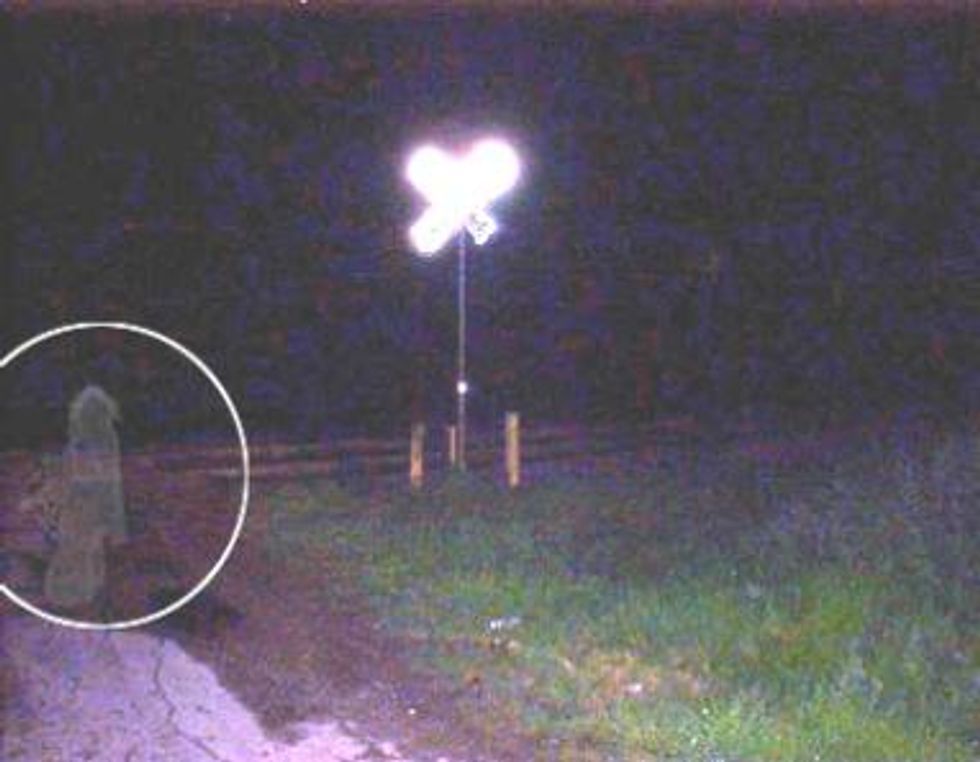 Repeating extremist libertarian talking points isnot going to make Tim Pawlenty somehow actually exist in our space-time continuum, but that isn't stopping the fictional candidate from whimpering Koch Brothers' fantasies of shutting down the entire government forever. If you listen closely, late at night, with your ear to the garden wall of a graveyard in whatever town Tim Pawlenty claims to live in, you might here his ghostly whispers on the other side of the veil between life and non-existence: I-I-I-I willlll close down Ammmmmtrak and the Postallll Service, his wispy spirit essence might try to say, if he was somehow capable of making anyone hear him.

We spotted this in a Krugman blog post that mentioned a wire story that showed up on Yahoo Finance, which explains the void of lonely ether between our world and the aspirations of Tim Pawlenty, the boring ghost:

Among the services he would cut: Amtrak, the U.S. Postal Service, Fannie Mae and Freddie Mac and the Government Printing Office. Pawlenty said those organizations “were all built for a time in our country when the private sector did not adequately provide those products. That’s no longer the case.”

Interpreted broadly, the test could spell the end of federal involvement in the storage of nuclear waste, environmental clean-up efforts and disaster relief — all services that a Google search reveals are offered by private sector firms.

Paul Krugman notes that this also includes the American military, which can be easily found on Google and is already run by private contractors. This would be controversial, but it comes from Tim Pawlenty, which is the political equivalent of seeing something out of the corner of your eye and not bothering to investigate because who cares? [Paul Krugman]