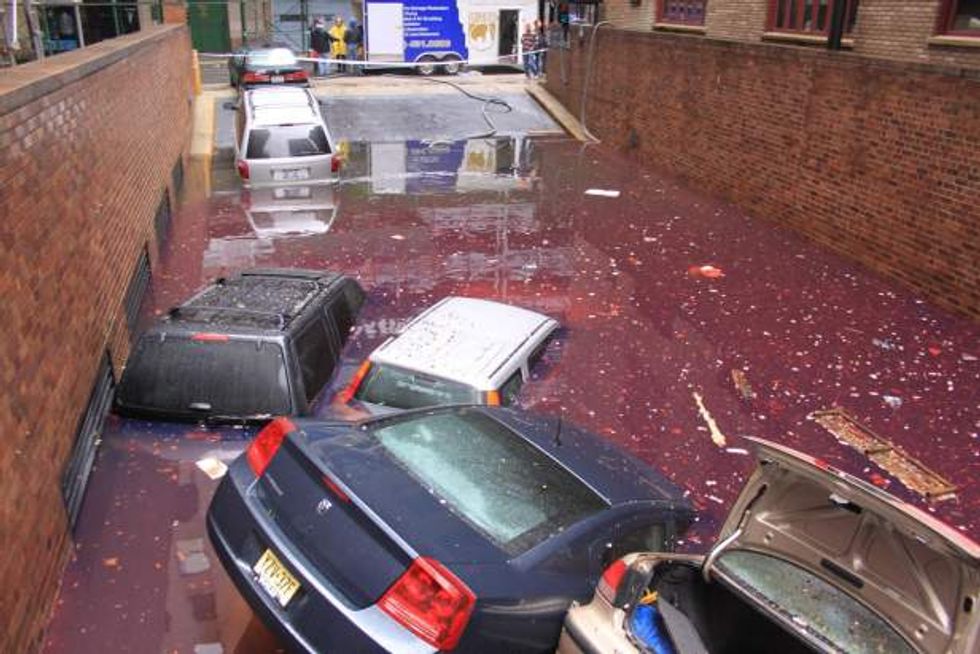 John Nolte, Breitbart's prosthetic investigative arm, argues that the best statistics for analyzing our climate definitely don't involve sea levels or global temperature trends. Instead, NASA and the other nefarious Research Grant Whores should be looking at how many swanky Manhattan penthouses are selling for nine figures.

And at least according to their activism, the predominantly left-wing, Global Warming believers of Manhattan are listening. Furious about the lack of wealth-distribution that will save the planet and their small island, just 6 months ago, more than 300,000 took to the streets of Manhattan to protest.

And yet, a funny thing is happening in the real world of the free market. Manhattan might be the elite media/entertainment/intellectual hub of the cult of Global Warming, but where the rubber meets the bottom line, the cult obviously doesn’t really believe in its own propaganda. If they did, Manhattan real estate prices would be collapsing, not hitting record highs as they currently are.

Nolte punctured his flimflam abscess to ooze out a reminder that Al Gore once said New York City could suffer catastrophic floods in the upcoming decades. And since there have only been a couple of terrifying record storms since then, the all-knowing free market has decreed that luxury Manhattan apartments are not just good short-term investments for savvy, gold-dipped investors, but the ideal place for Hoaxers to settle down.

But how are all these Greenpeace deckhands buying outrageously priced apartments? According to Nolte, who at no point addresses wealthy NYC financiers and the Wall Street vacuum inhaling the nation’s blow and currency, it’s simply that the proclaimed Global Warming believers are really non-believers like Truth Commando John Nolte.

Nolte also notes that media outlets such as The New York Times are actually keeping offices in New York! And since it's the Media (not 98 percent percent of scientists not funded by Exxon & Friends) that is actually advancing these global cozying myths, the only reason that NBC and the Times haven’t boarded up their windows and portaged their canoes to Winnipeg is because deep in their cold aortic chambers, they also agree with Breitbart's Truth Commando.

Nolte's article is impeccably timed to refute Tuesday's report released by the New York City Panel on Climate Change, which projects that NYC's sea levels could increase by as much as 6 feet (or 1.5 luxury whirlpool jet baths) by 2100. The research team could not be reached for comment since they're probably all cackling with delight in their respective eight-bedroom Park Avenue winter homes. Nolte is presumably working on his follow-up, "Wisconsin Produces A Lot Of Cheese, So Obama Is A Secret Muslim."