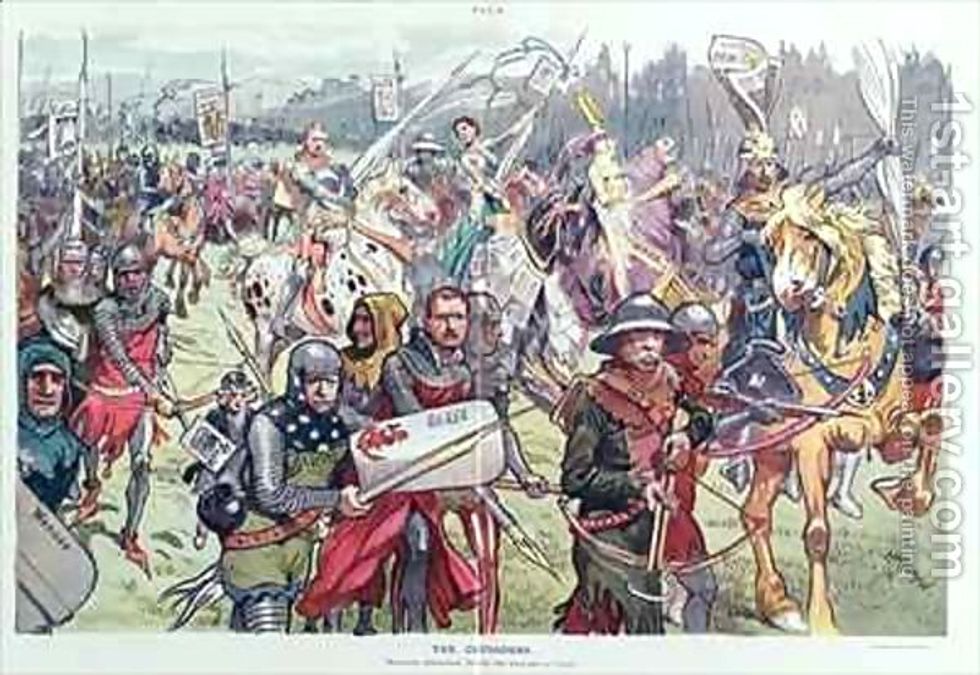 Harry, last seen cavorting with nymphs and maidens in the fabled pleasure domes of Las Vegas, has taken vows as a Crusader despite some opposition amongst Her Britannic Majesty's courtiers, who fear the third in line for the Imperial throne might be killed, mutilated, or worse, caught pantsless in some Emir's seraglio. A previous foray upon the field of battle was cut short after members of the United Kingdom's royal fellowship of heralds and criers published newes of the blood royal's whereabouts in dark Afghanistan.

Nothing daunted, the prince will again mount his duraluminium steed and set forth to slay the unbelievers, armed only with his strong right arm and his abiding faith in our Lord Jesus Christ. Plus Sidewinder and Hellfire missiles, 70mm Hydra 70 rockets and a 30mm auto-cannon.

Your humble correspondent believes that Harry's greatest weapon (ha!) is the British Army's sensible attitude toward the use of intoxicants as a morale-builder and battlefield stress reliever. We personally sought out any and all contact with British troops when we were Down Range, and may have even sneaked into one or more of their pubs, despite dire warnings of punishment for same. The Taliban and American troops are twins in their shunning of the demon rum, which is why the terrorists have already won.

The Queen is said to be pleased about her grandson's heroic leadership, mainly because it decreases the odds of any royal bastards popping up for the next six months or so. [CNN]