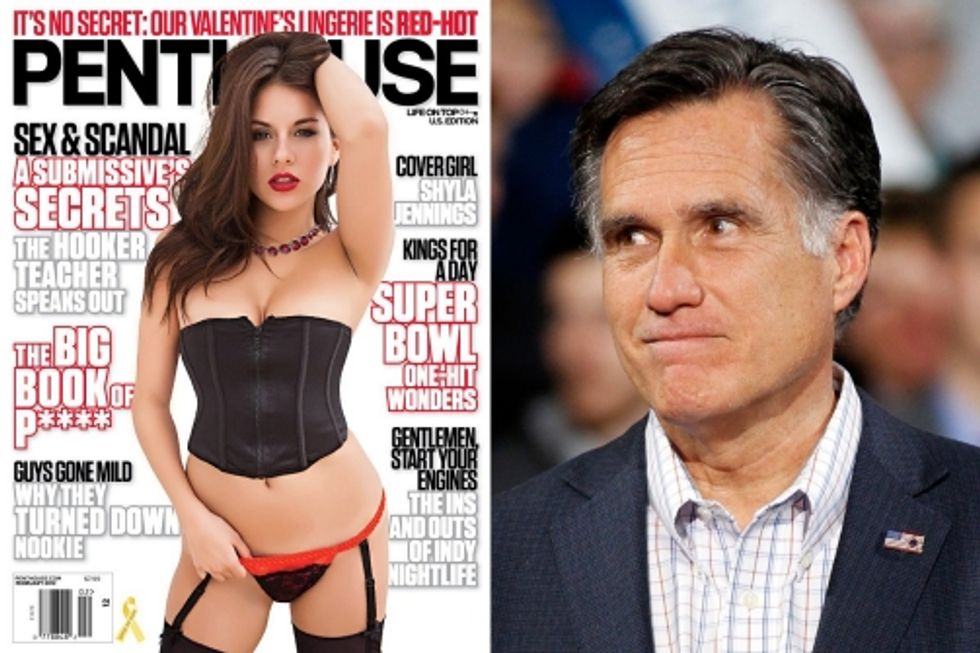 Yes, it apparently exists ... as part of the "Adult Friendfinder" business, which includes "Penthouse, AdultFriendFinder.com, Likemygayphoto.com [and] Bondage.com." But don't worry, the holding company is a "venture capital firm," and that's how you spell America, with the letters in "venture capital firm." The Daily Beast posted this thing:

So far Mitt Romney has run a careful, disciplined campaign that has avoided the slightest whiff of impropriety. So why has the former Mormon bishop taken the maximum possible primary donation ($2,500) from Daniel Staton, the chairman of the board of the company that owns Penthouse? This raises embarrassing questions for the GOP frontrunner, who is already facing scrutiny from social conservatives for a number of reasons, not the least of which is his attenuated connection to the pornography industry through his tenure on the board of directors at Marriott, which has been the subject of scrutiny for making adult movies available on pay per view for hotel guests.

Now we will go look for Mitt's profile on Adult Friendfinder, the end. [Daily Beast]