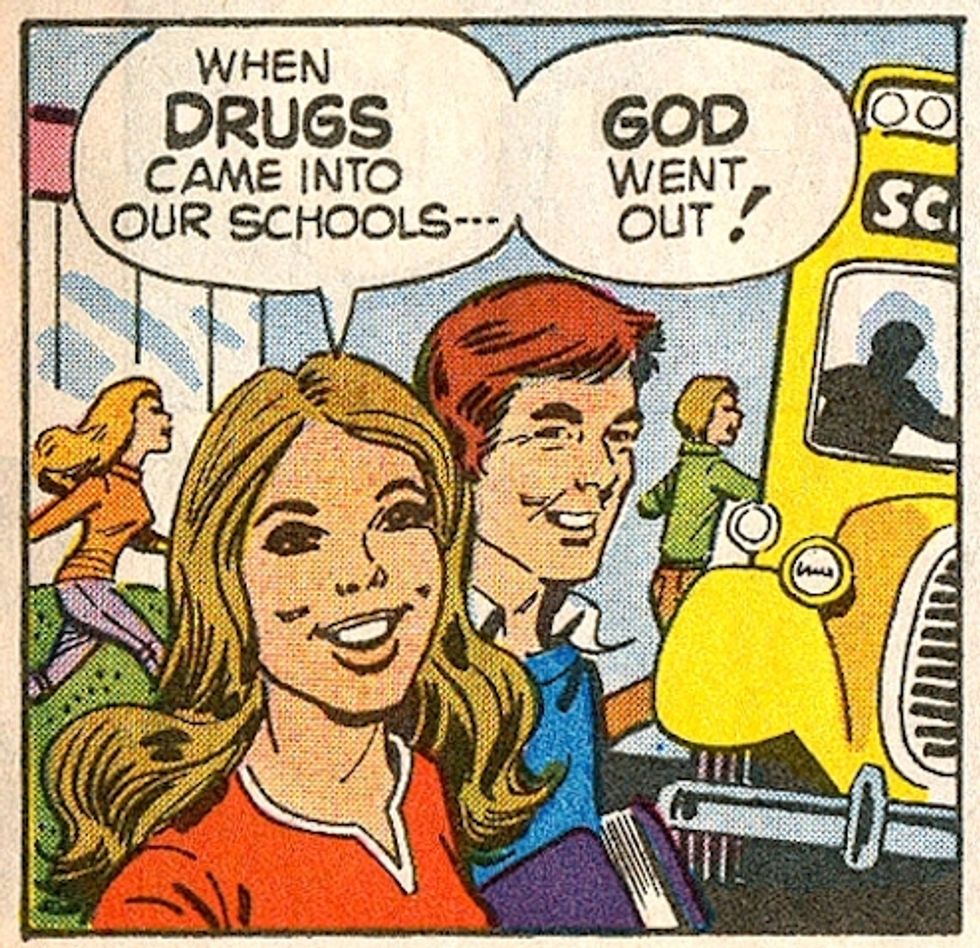 Drug testing: is there nothing it can't do? Remember when Florida was gonna drug test all the poors because they were poor and were foolish enough to apply for state aid and then everyone realized that living skeleton Governor Rick Scott was going to make large amounts of coin from the endeavor because his company was the only company that could perform drug tests? Good times.

The Florida thing turned out to be a failed venture, but at least one private school figured out that this would be a sweet way to humiliate children AND kick some cash over to the brother of the school president.

James Kubacki oversees St. Edward High School in Cleveland, and his brother, Raymond Kubacki, is president and CEO of Psychemedics, which claims at least $7 million in quarterly revenue. [...]

“Our primary focus is workplace drug testing,” Raymond Kubacki said last year. “Secondarily would be emerging markets, and one of those would be schools and colleges.” [...]

[T]he company will provide those services to three private schools in northeast Ohio, including St. Edward, that plan mandatory drug testing for all students starting next fall.

We're sure high school students are happy to be thought of as an "emerging market" for drug testing. This cool new plan calls for about 2800 kids to be tested at $40 bucks a pop. $112K isn't a bad amount of business to kick over to your brother. Generally, most nonprofit enterprises like private schools frown upon these sorts of nepotism shenanigans, but these guys are all like "conflict of interest? what conflict of interest?"

[VP of Admissions K.C.] McKenna admits the school’s president knew a little more about the company his brother had overseen since 1991, but [he] said James Kubacki’s “brother being CEO of that company in no way led to us making the decision to use Psychemedics.”

School officials did not notify parents of the relationship between the school president and the company’s CEO, but they said committee members from all three schools were aware of the possible conflict of interest.

“How we picked the company isn’t of interest to high school boys,” said Lisa Metro, spokeswoman for St. Ignatius. “They’re more interested in how it’s going to play out to them.”

Funny thing: high school boys usually aren't the people most qualified to decide if something is a sleazy conflict of interest. Who knew?

Mandatory drug testing is banned in public schools, but private schools are a rich exciting new investment opportunity for those looking to turn children into involuntary consumers of drug testing, especially if your brother needs some extra scratch. Everybody wins!