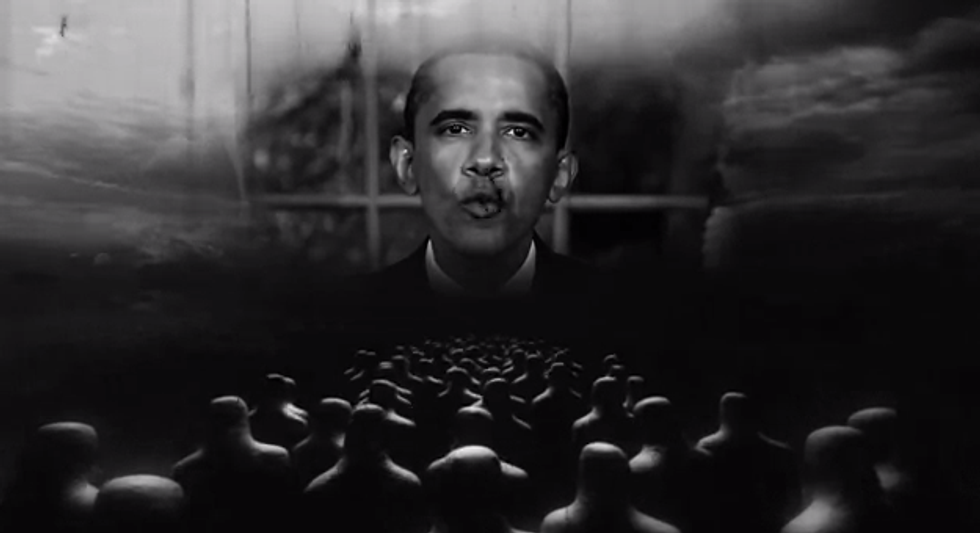 Well, someone did their 9th grade reading (but made sure to cover their eyes and ears during all of sex ed). The Susan B. Anthony List, the self-declared "nerve center" of the pro-life movement, has decided that the Obama administration is attempting to rule our minds "1984" steez, seeing as it wants contraception covered under the health care bill and for Planned Parenthood to have some money in the bank. The ladies at the Susan B. Anthony List have translated these decisions as meaning that Obama essentially wants to force all women to use contraception and to have an abortion if said contraception fails. And because of what some lady said about Mrs. Romney, Obama also is forcing all of female America to hire nannies or something? The SBAL ladies are calling these things "incredulous infringements on the consciences of pro-life Americans" for which Obama must be "exposed." The Susan B. Anthony List website should also be exposed, for being very amusing.

So ... Obama wanting to give women the freedom to do something (OR NOT DO IT! UP TO THEM!) somehow constitutes their freedom being taken away? MMmmmkay.

Now, time for a heartwarming story from the "Susan B. Blog," as it's called, located on the Susan B. Anthony List website. It happens to be about freedom, about walking up to perfect strangers and trying to get them to believe in what you believe in for no reason, which is the dictionary definition of freedom. The post is called "Three Babies Saved!" Let's find out how one of those babies was "saved":

The second child was saved by the Vice President of the Providence SFL [Students for Life of America] club, Rebecca, outside of a Planned Parenthood facility. Rebecca talked with a woman contemplating abortion. After their conversation, the woman decided to go into the abortion facility. Although Rebecca felt defeated, she continued to pray for the mother. Much to Rebecca’s surprise, the mother called her that same day sharing the great news that she was keeping her baby! The change of heart occurred when Rebecca showed the woman a photo of what an aborted child looks like, the ugly truth of abortion.

Hahaha, that is lovely! Glad Rebecca's "conversation" turned out to be effective.

P.S. Care to Bike for the unborn? [The Gateway Pundit]