Pro-Tip: 'Expecting The Rapture' No Excuse To Stop Teaching Homeschooled Kids. Even In Texas. 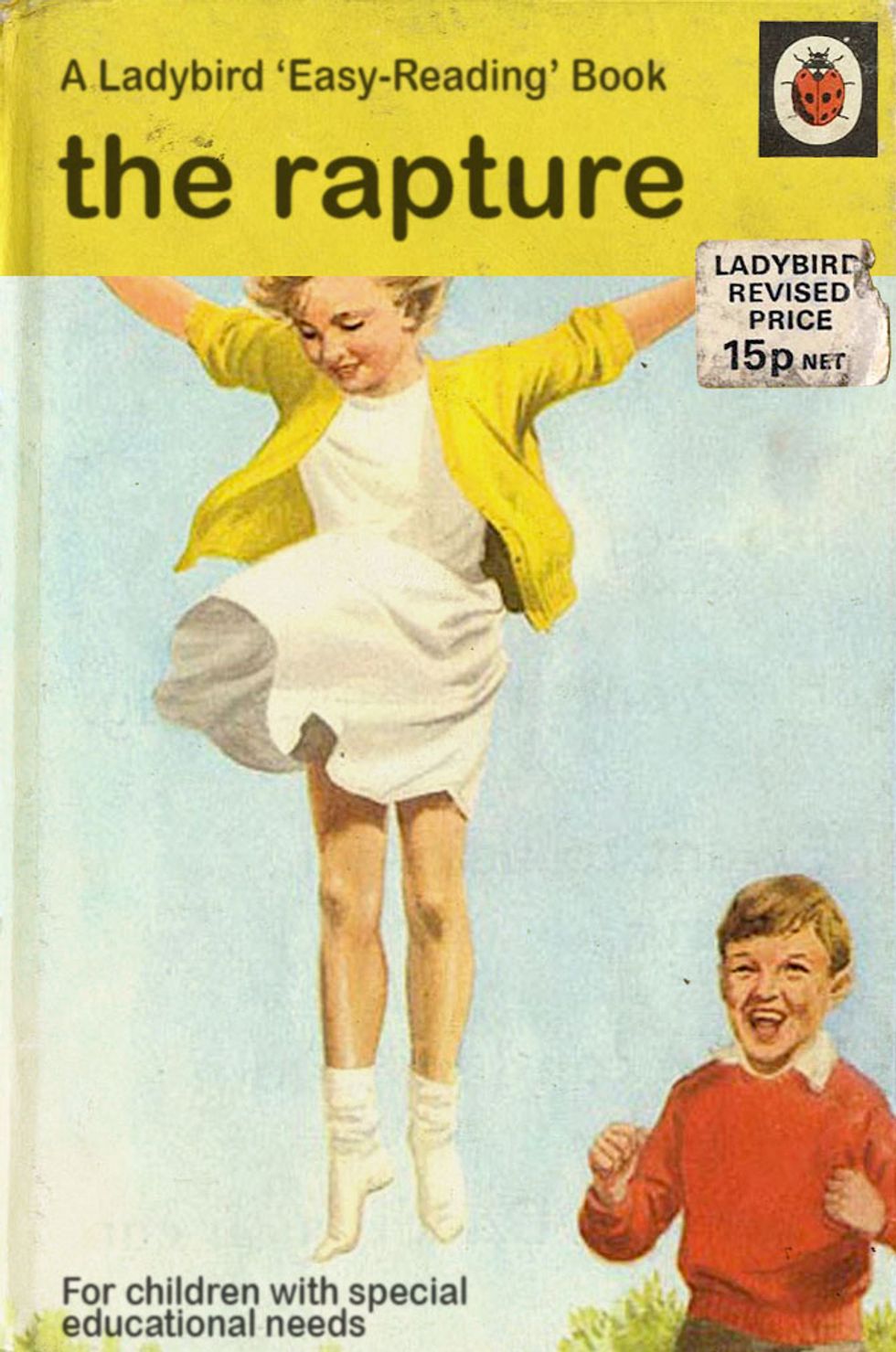 Turns out that even in the Independent Republic of Texas, wherevirtually unregulated chemical plants don't have to follow any dang ol' fire code (since the state doesn't have one), the heavy hand of Big Government is still ready to oppress people who are just minding their own business and not hurting anyone, except maybe their own children. Even in Texas, you apparently have to teach something to your homeschooled darlings, even it it's that Stonewall Jackson was a good Christian who made sure his troops prayed. You see, Michael McIntyre and Laura McIntyre, some good Bible-believing Christians in Texas, were pretty sure that Jesus was just on the verge of coming back to Rapture them all to heaven, and so in 2004 they took their kids out of public school so they could homeschool them.

Michael McIntyre's twin brother Tracy, obviously weak in faith, testified that the kids went to school in a "classroom" in some space cleared out at Michael's motorcycle dealership. And although he never saw them reading or doing math or worldly foolishness like that, they did play instruments and sing. Plus, a bunch of book facts weren't really necessary anyway, according to court documents:

“Tracy overhead one of the McIntyre children tell a cousin that they did not need to do schoolwork because they were going to be raptured.”

Michael's parents, Gene and Shirene McIntyre, were also concerned about this "not-learning-for Jesus" stuff, and met with the El Paso School District's attendance officer, Mark Mendoza, "and expressed concerns that their grandchildren were not attending school or otherwise receiving a proper education," which just shows how far the secularist agenda has advanced the idea that "knowing things" is somehow necessary. And in one of the more remarkable passages you'll find in a legal document, the case summary also notes that

Mendoza confirmed that the oldest of the McIntyre children, Tori, had run away from home at age seventeen so she could “attend school.”

Let's just have a quick round of applause for a 17-year-old willing to run away so she could go to school, before we start drinking heavily at the reminder that this happened in the first decade of the 21st Century, not in a charming tale about the dreams of a girl in a 19th Century shtetl (Spec scripts are no doubt already being written for Yentl on the Rio Grande). Mendoza also

So after Mendoza filed truancy complaints against the McIntyres, the family bravely fought back, arguing, "based on Texas Education Code, the Texas Religious Freedom Restoration Act (TRFRA), the Texas Constitution, and the United States Constitution," that the First Amendment meant that they didn't have to teach their children anything at all, and compulsory education laws are of the Devil or something. That was in 2007. And finally, last week, the Texas Eighth District Court of Appeals ruled that, no, really, letting children sing hymns isn't an education and freedom of religion doesn't exempt you from at least providing a half-assed education to your children, if only because Jesus might have some spelling questions for them.