Prosecutor: So Unfair That St. Louis County Cops Didn't Get To Bust More Heads In Ferguson 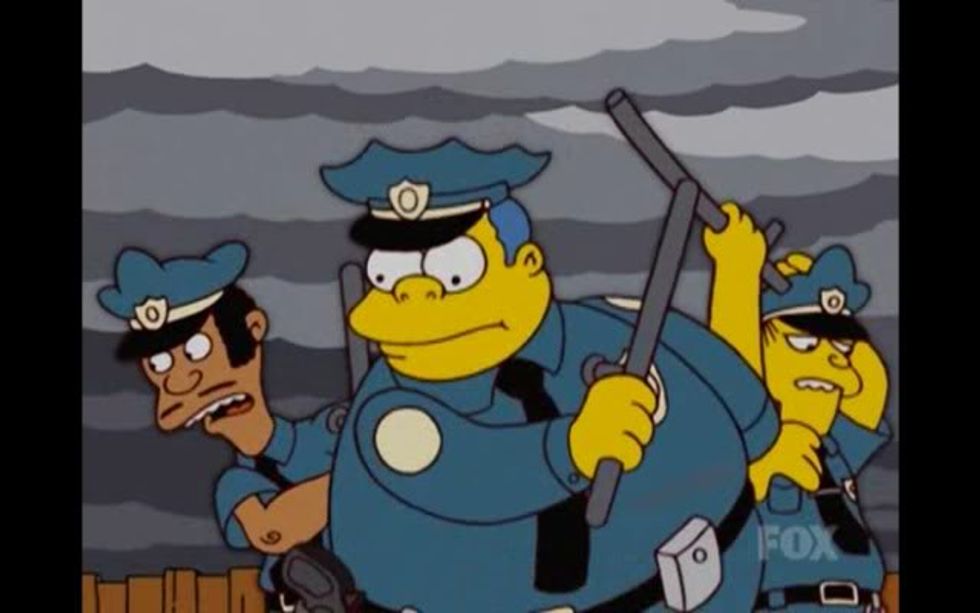 If you were paying attention last night, you probably saw that rather than being a dystopian nightmare hellscape like it had been for the last several days under the St. Louis County police force, Ferguson actually looked kinda chill, mostly because Governor Jay Nixon, who had kinda been MIA, showed up and tossed out the cops and handed the baton to the highway patrol. Seriously, just go look at these people hanging out in a human-sized Thomas the Tank Engine train, which is how Ferguson looked at one point last night during the highway patrol's reign of not-terror.

Now contrast that with the one million awful Vines you saw of people being tear gassed and flash-banged and rubber-bulleted the several nights previous. No, we will not link to those here because seriously, we've had enough heartbreak.

Anyway, so Thursday night, not so bad, thanks to Captain Ron Johnson and the Missouri Highway Patrol and, as much as it pains us to say it, Jay Nixon for pulling the plug on the county police, who were some hopped-up camo-wearing aggro motherfuckers. Most people think this is a good thing, because they are not monsters that want goddamn martial law in an American city, but "most people" in this case does not include St. Louis County Prosecuting Attorney Robert McCulloch, who is a jackhole of the first order.

“It's shameful what he did today, he had no legal authority to do that," McCulloch said. "To denigrate the men and women of the county police department is shameful."

Yeah, because prior to this, an entire nation loved the men and women of the county police department. Before Jay Nixon pulled them off the case, the county police were right up there with ice cream, puppies, and a raging case of syphilis.

McCulloch noted that no one was seriously injured in the effort led by County Police Chief Jon Belmar until Nixon handed control of the Ferguson over to the state agency on Thursday.

“For Nixon to never talk to the commanders in the field and come in here and take this action is disgraceful," McCulloch said.

"I hope I'm wrong, but I think what Nixon did may put a lot of people in danger."

They really shouldn't have pulled the county police out until they gunned a few people down, because that would have just settled things down with a quickness. Also, just in case you were feeling too optimistic about the course of justice, guess who's responsible for deciding whether or not to charge the cop who shot Michael Brown? Oh, yes, that would be St. Louis County Prosecuting Attorney Robert McCulloch.

But now that we won't have the county's finest jacked-up roid-raging paramilitary sniper police patrolling the streets, however will Ferguson cope? Who will make sure that the citizens get their recommended daily allowance of massive doses of tear gas and general fear and intimidation? Not those wusses in the highway patrol, that's for sure. How dare Jay Nixon stop the county police from loving the entire city into submission. What is America coming to, anyway?