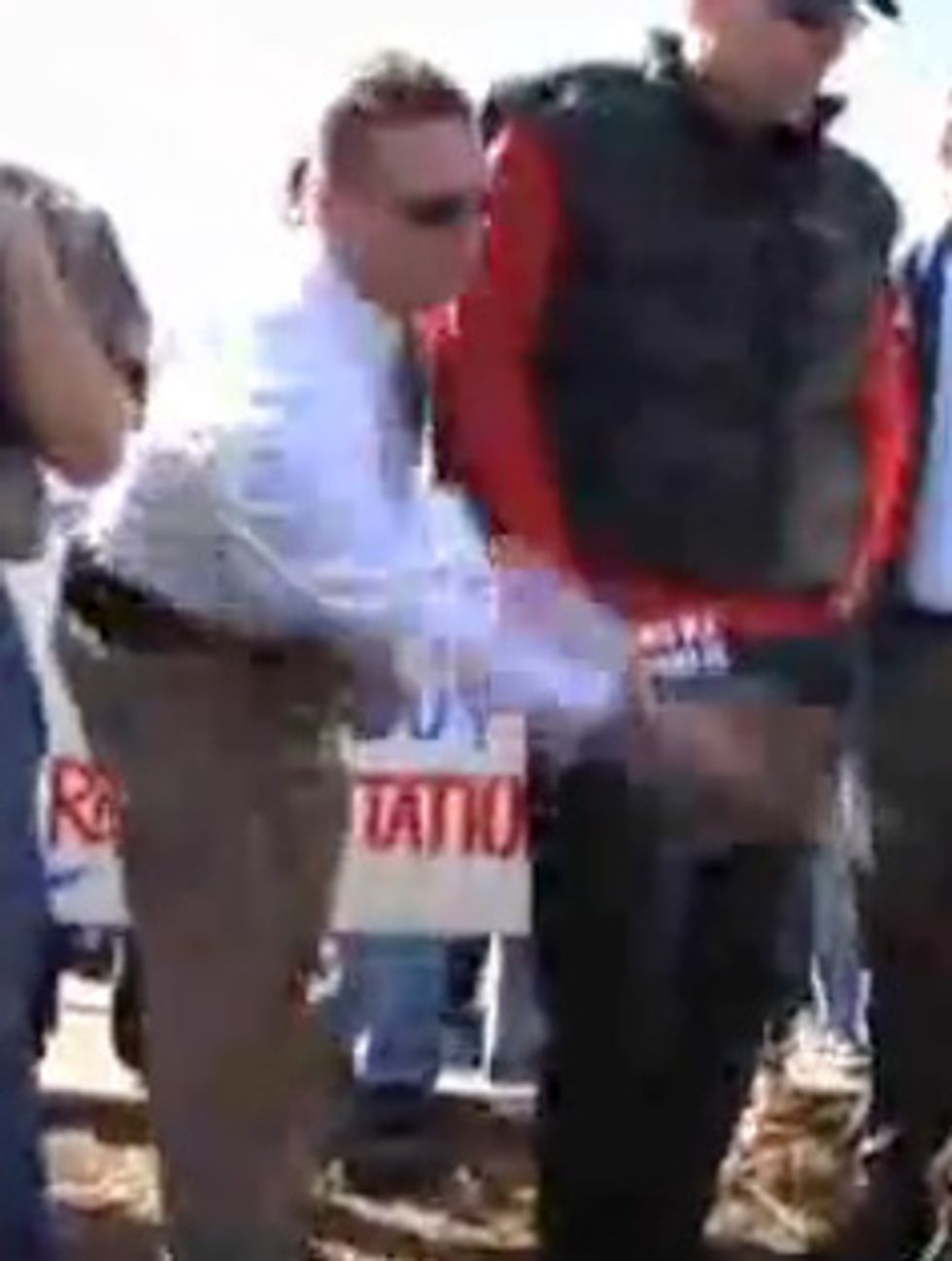 The people of Columbus, Ohio, were understandably delighted 40 years ago when a small turd mistaken for an aborted fetus actually began to yell in rudimentary English about "communists." The so-called Columbus Miracle Baby never did anything else of note until last week, when it began yelling and throwing dollar bills at an old man suffering from Parkinson's Disease.

The now-adult turd, "Chris Reichert of Victorian Village," bravely wasted many days after the videotaped display of insane rage denying that he had, in fact, heckled and then tossed a few dollar bills at a very sick man who had come out to Congresswoman Mary Jo Kilroy's district office in support of health insurance reform. But now, it's time for the Healing to Begin.

Just to refresh your memory:

This angry Teutonic turd, "Reichert," lied for a while about being the angry Teutonic turd who verbally assaulted 60-year-old Robert A. Letcher, a nuclear engineer who has Parkinson's Disease. "Reichert" says he has no idea why he did this, or why he denied it, and actually doesn't even know why he was at the rally. It's all a mystery!

But after millions of people watched his foul outburst, he is terrified of the Internet, so now he has made a donation (three wadded-up dollar bills?) to some Parkinson's charity, you know, "that starts the healing process." He actually said that, to a newspaper reporter. Fucking idiot.

Reichert, a registered Republican, said he is not politically active. He said he heard about the rally on the radio and a neighbor invited him to attend.

"That was my first time at any political rally and I'm never going to another one," Reichert said. "I will never ever, ever go to another one."

If only the rest of the teabaggers followed his Brave Example. [Columbus Dispatch via Wonkette Operative "Kevin H."]