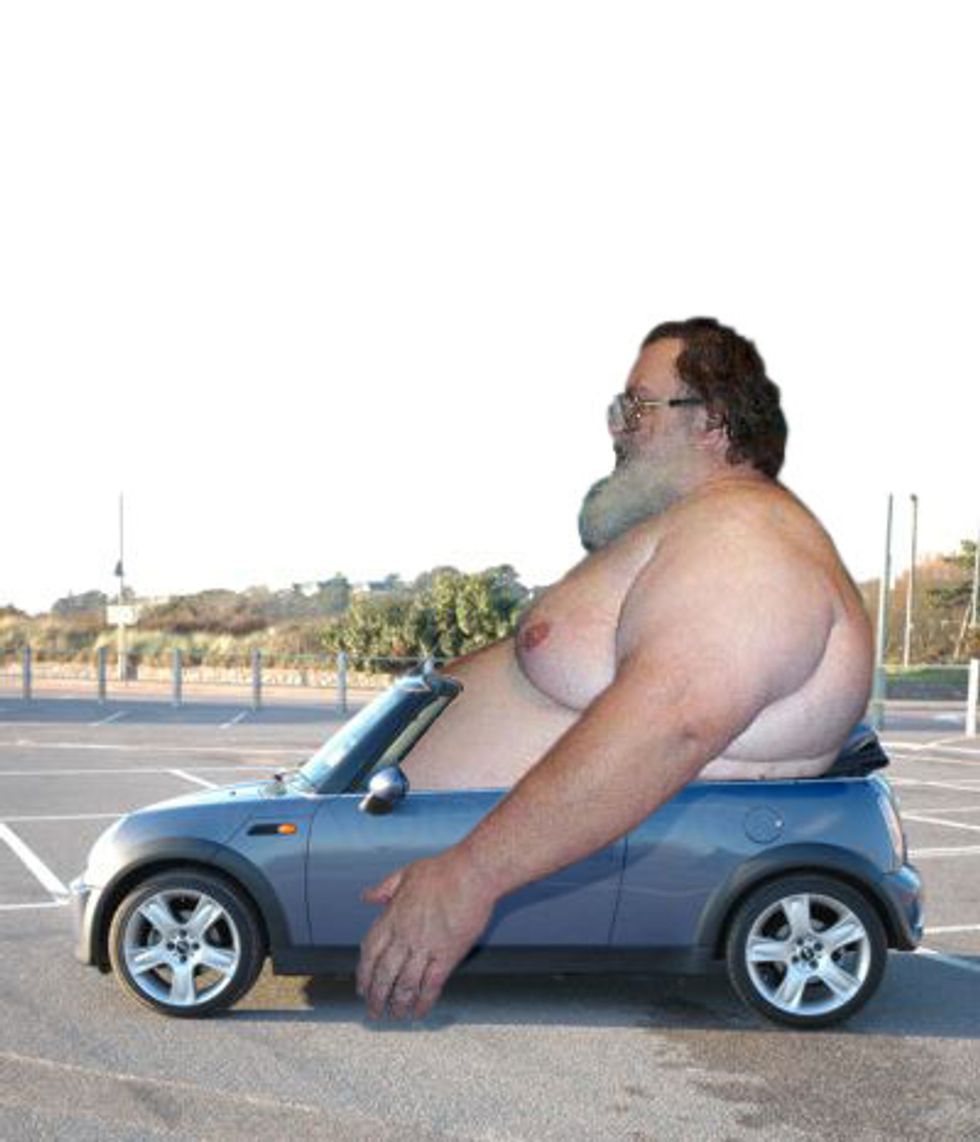 It's the post you've been waiting for, the one where we point out that the acronym for a certainfanciful robot-car for lazy urban dorks is the same as the acronym for bitterly disenfranchised Hillary Clinton voters, har! Mark Penn is obviously behind this microtrend, called "Personal Urban Mobility and Accessibility," or "Party Unity My Ass," for short.

GM, the failing auto maker, and Segway, the maker of two-wheeled transportation gizmos for virgins, are collaborating on a project that would result in a dinky carlike vehicle called a PUMA that would be cheaper than a car and never get into accidents or traffic jams. Everybody in America should/will have one of these, except Jim Newell, because he is a pig.

Ideally, the vehicles would also be part of a communications network that through the use of transponder and GPS technology would allow them to drive themselves. The vehicles would automatically avoid obstacles such as pedestrians and other cars and therefore never crash, Burns said.

As a result, the PUMA vehicles would not need air bags or other traditional safety devices and include safety belts for "comfort purposes" only, he said.

There is really only one question to be asked about this vehicle: can you have sex with it?