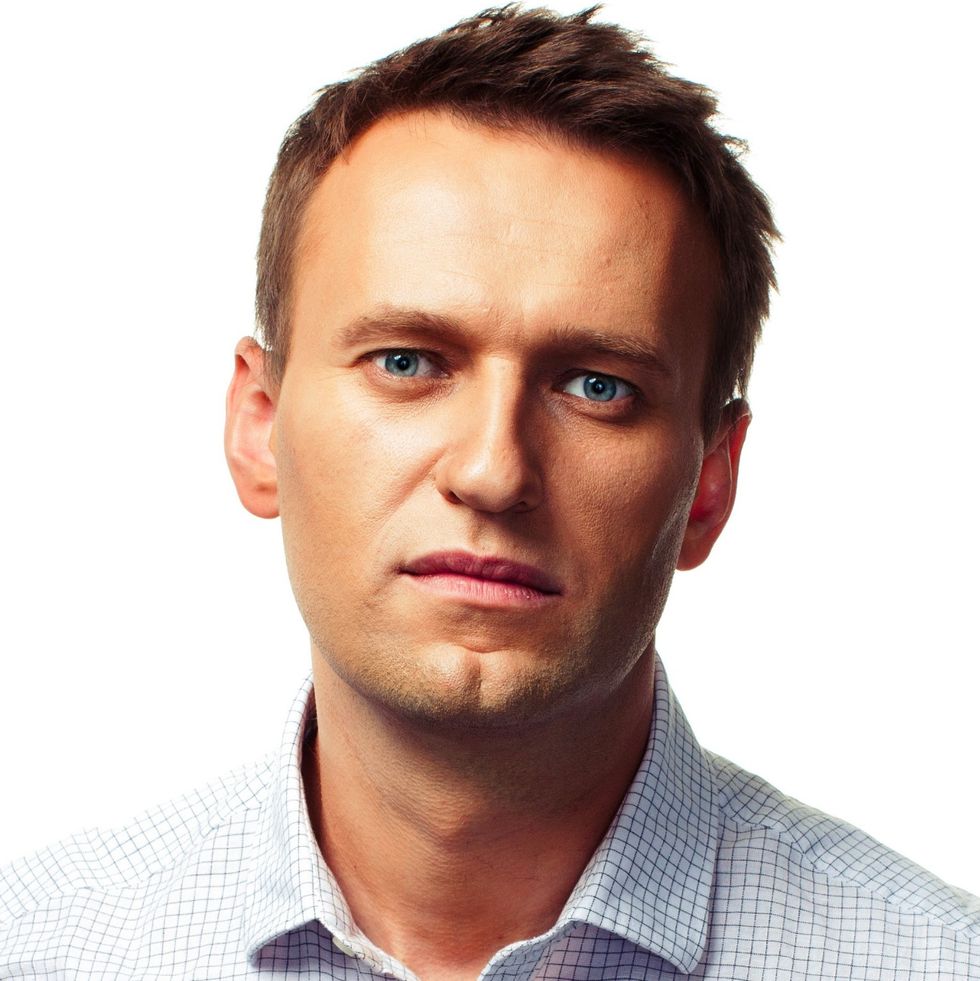 In our inevitable dystopian future, when Sergey Kislyak is the President and lives in The Red House, we better hope we get a hero like THIS GUY.

Alexey Navalny, your new boyfriend, is the Russian Jason Bourne. Except he's real!!!! As an activist, lawyer and leader of the Progress Party, Navalny has spearheaded Russian opposition to Vladimir Putin. This week he was sentenced to yet another 15-day stint in jail for resisting arrest.

In 2014, Navalny was sentenced to three years in a prison labor colony on trumped-up embezzlement charges. Facing a backlash from its own citizens and international human right groups, the Russian government released him. But they held his brother Oleg on equally spurious charges, and he remains in jail today. DO NOT FUCK WITH ALEXEY!

This weekend, Navalny and his followers mounted their biggest demonstration yet, with some 25,000 marching in Moscow and tens of thousands more protesting in cities across Russia. Although the demonstrators waved Russian flags and chanted, "We Want Answers," "You Can't Jail Everyone," and simply "Shame," Russian officials deemed the protest an illegal provocation. Police made over 1,000 arrests, beat protesters and ransacked Navalny's offices at the Anti-Corruption Foundation.

On March 2, Navalny released a film on Prime Minister Dmitry Medvedev (the person with whom Vladimir Putin trades off "president" and "prime minister" duties and thus never gets termed out!), which triggered the latest round of demonstrations. Calling it "corruption" really fails to capture the next level grift surrounding Medvedev. Narrated by Navalny himself, the movie is actually awesome, so YOU SHOULD TOTALLY WATCH IT RIGHT NOW!

You stole a billion dollars, and you ordered THIS SHIRT?

Built as a "hotel" for Sochi, only has one guest.

So, how did a humble civil servant come into possession of a billion dollars worth of real estate? It's kind of a funny story. Apparently, Russian oligarchs are so charitable that they donate these properties to wonderful social organizations like The Foundation of Socially Important Projects. Because they care!

Although the corruption scandal was not covered on state news channels, it was widely disseminated online. Russian Millennials were PISSED, and President Tsar Putin was NOT AMUSED.

You know who didn't give a crap, though?

Twenty-four hours of crickets from the Trump Administration as 1,000 human rights protesters were arrested and beaten. Almost like Donald Trump doesn't want to go on VIDEO and PISS off the RUSSIANS. But his own party won't let him off the HOOK(ER).

Putin’s thugocracy is on full display. The United States government cannot be silent about Russia’s crackdown on peaceful protesters. Free speech is what we’re all about and Americans expect our leaders to call out thugs who trample the basic human rights of speech, press, assembly, and protest.

After which, the State Department grudgingly issued a mild rebuke.