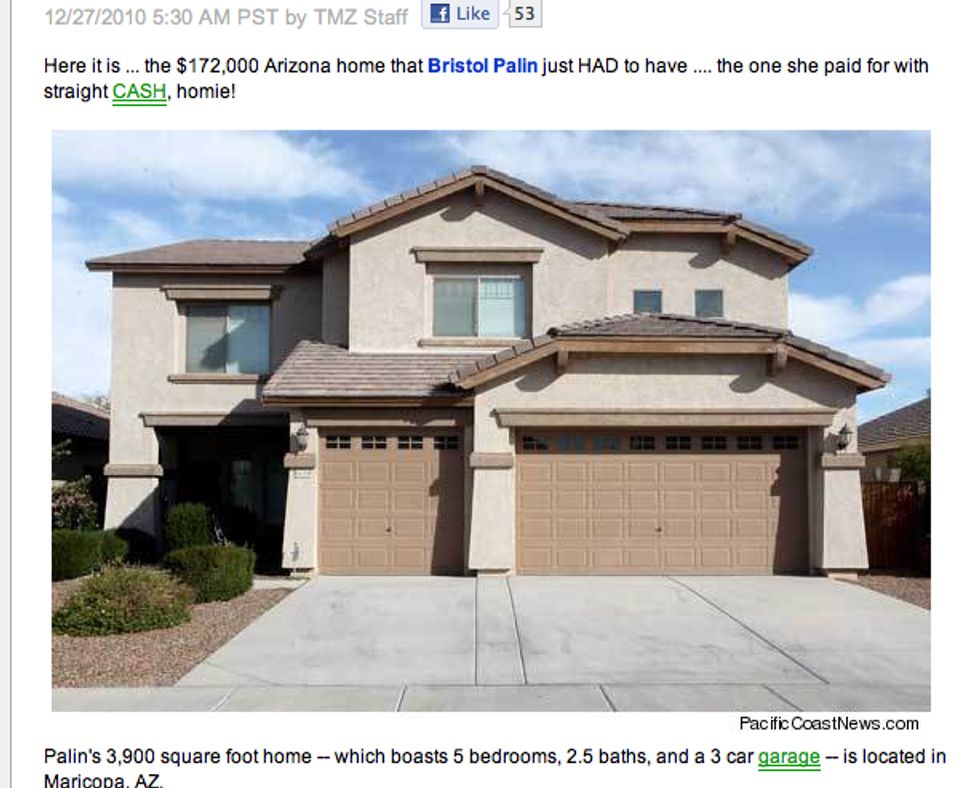 Professional quitters the Palin clan are working on their resume again: Bristol Palin ismoving out of her Phoenix narcomansion only six months after she paid $172,000 in cash for it. She's renting it out for $1,400 a month so that YOU TOO can wake up each day in the angry meth wonderland exurbs of Phoenix, Arizona with a new chin thinking about where your life went wrong. Why is Bristol abandoning this poorly landscaped foreclosure paradise? Does she not like John McCain anymore, wherever Walnuts is? No, she is supposedly moving to LA for her new reality show about how hard it is to have roommates and wake up in the morning and go to work, which is something many of us would like to monetize in today's economy.

"Yes, it is for rent, but I have no further comment," Palin tells E! News.

The five-bedroom pad she purchased back in December went on the market this week, said Nate Martinez of RE/MAX Professionals. The two-story house is 3,900 square feet, with 2.5 baths, a kitchen with an island, a big backyard and a three-car garage.

You see what Bristol did there? She answered a simple media question and then actually just stopped talking. Put Bristol Palin in charge of Sarah's PR team! Maybe there is hope for America's future, but probably not. [E! News]
Kirsten B. Johnson