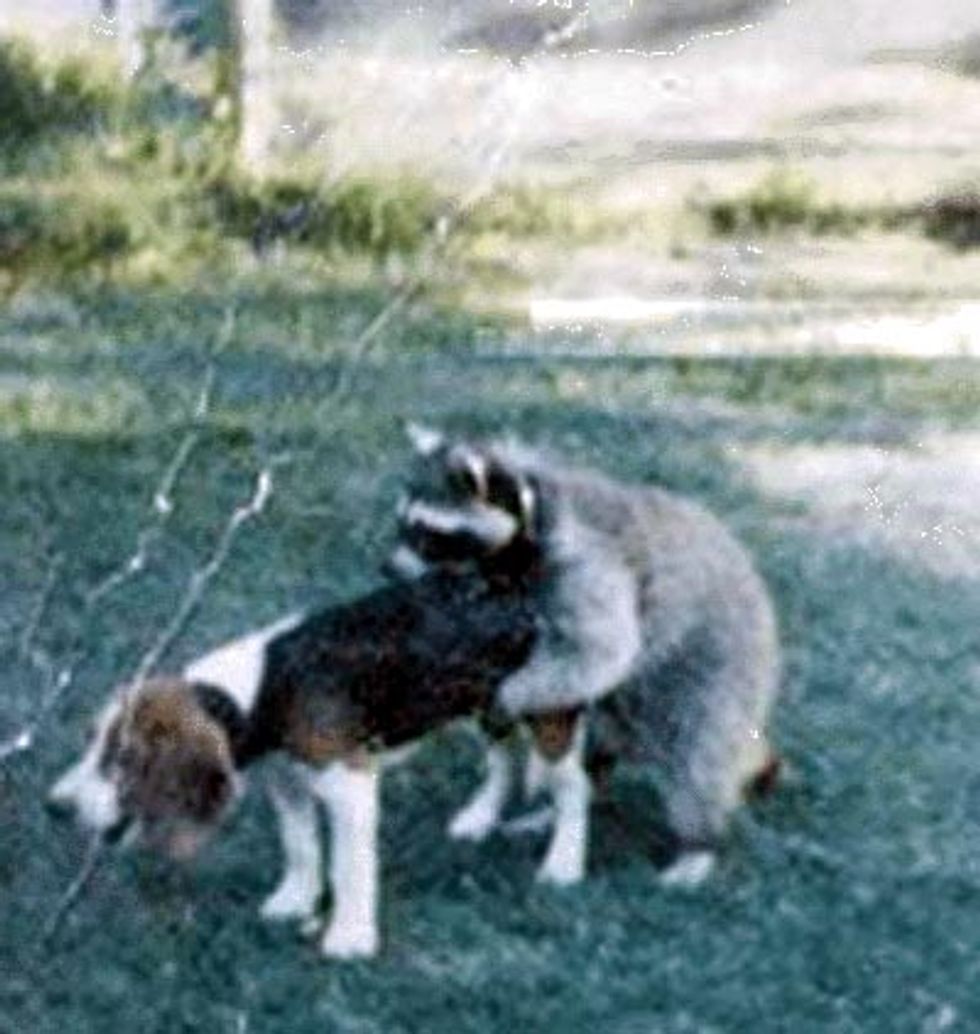 In a stunning display of Republican racism, a band of devilish raccoons has invaded the White House grounds with a list of immediate demands, including War in Iran. If bitten by a raccoon, Barack Obama could suffer what Beltway Insiders are calling his most devastating setback in what has already been a catastrophic presidency: rabies.

A small band of masked intruders has broken into the secure White House grounds and has evaded capture by agents of the new Obama administration, officials said today.

The National Park Service is in pursuit of one very large raccoon and several medium-sized raccoons, who have been spotted roaming the grounds around the Executive Mansion and the West Wing, a spokesman said.

"The idea of raccoons on the White House grounds give us great pause," spokesman Bill Burton said.

When will Barack Obama wake up and realize that the world isn't some rainbow-filled, child-molesting unicorn farm, but is in fact very, very dangerous?