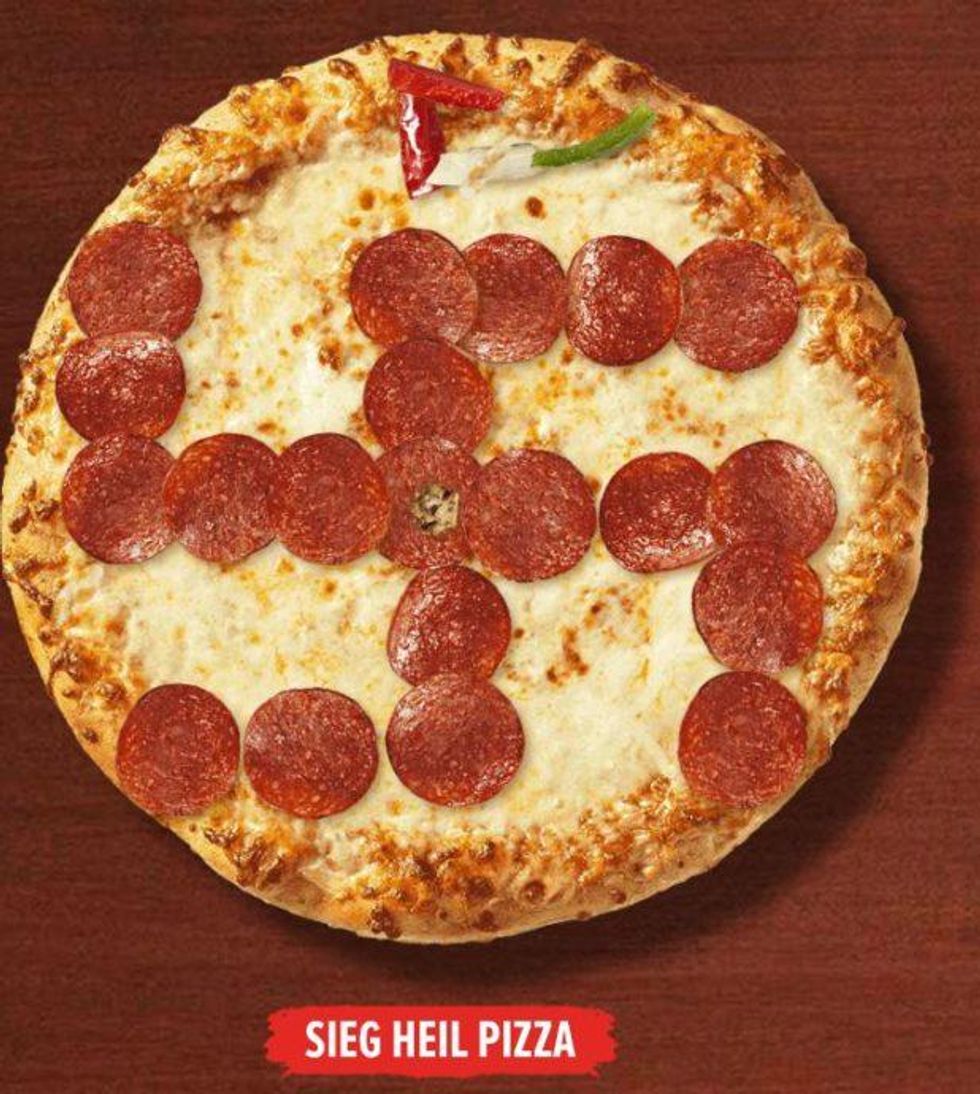 We here at Wonkette would like to inform you that Papa John has retired to spend more time with his dirty-ass money that he stole from his workers.

For no reason at all, WE SAID NO REASON, John Schnatter is stepping down as CEO of Papa John's and being replaced by his current COO.

This is definitely not to do with the tanking of the stock prices.

Definitely nothing to do with the fact that Schnatter blamed his store's poor sales on NFL players kneeling for the anthem on a quarterly sales call.

DEFINITELY nothing to do with the fact that Papa John's in recent months has had to publicly distance itself from white supremacists and say they didn't want racists to buy their pizza.

Nope, this is a totally organic move that was just really timely this very second.

But from a fast-food worker to one of the most horrifically uncaring outgoing CEOs I could have imagined:

Fuck you, John. May you fall in love with a different woman every month only to find her laughing at you when she walks away. May you never see a beautiful thing again without a homeless veteran in front of it to block your view. May children the world over look at your ill-gotten plastic face and ask their mothers what's wrong with you. May you escape a hostile foreign land with nothing but the clothes on your back only to be denied refugee status and sent back to Hell. They could fire you into the sun and I'd watch that flare with satisfaction without any eye protection because I would want that shit burned into my retinas forevermore. There are few kinds of humans more loathsome and small than one who fucks over front line workers to make their next million and I hope that before you die you have occasion to tally up your good and evil chits and that when that happens you're on your deathbed and you can't speak and you're just trapped in a failing body with the slowly dawning realization that this is the best you can hope for because after this comes the Judgment. I'm not even religious but I hope the Mormons are right and you're cut off from the face of divinity for all eternity.

Many happy returns and best wishes in your future, John.

Remember when Papa John's said providing health insurance for its workers would cost 10 cents PER PIZZA? We do. Starting next month, we're paying 100 percent of our employees' health care. Buy us a pizza! Or a health insurance!