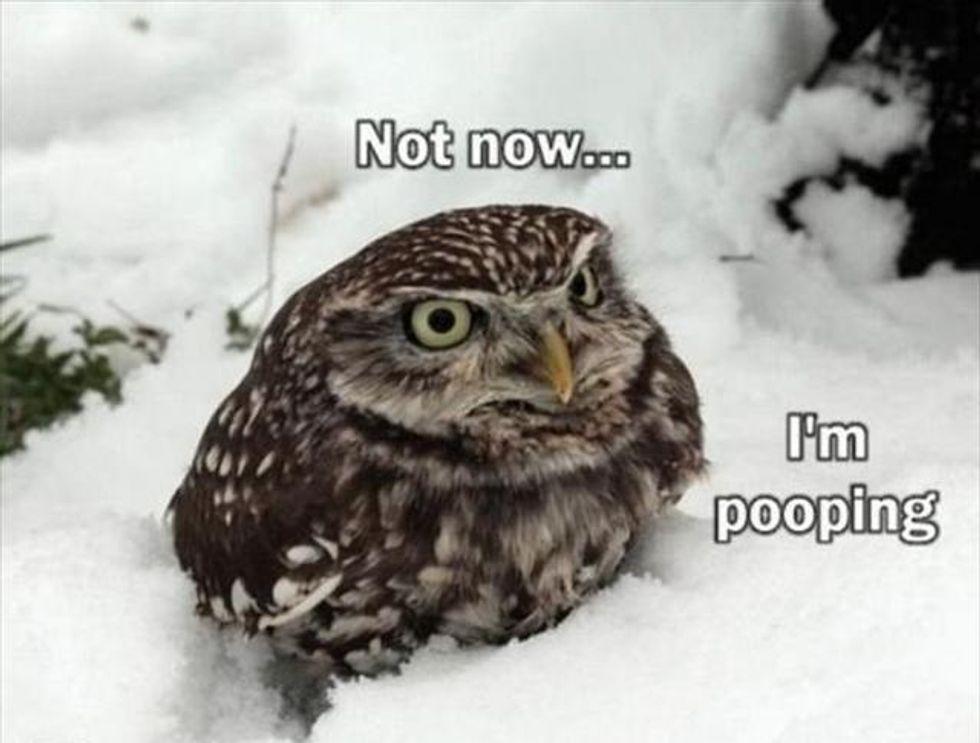 Whoa, it's a new day in America, and you know why? A thing happened that is GOOD for transgender people, specifically involving their God-given right to drop the kids off at the pool in public places. For real! A federal appeals court in Virginia has ruled in a case brought by the ACLU that yes indeedy, banning trans people from using bathroom facilities that match their gender identities is WRONG AND BAD under Title IX:

A federal appeals court on Tuesday upheld the Department of Education’s interpretation of existing federal civil rights laws to protect transgender people against discrimination in education.

The 4th Circuit Court of Appeals, in a 2-1 decision, upheld the department’s interpretation of Title IX of the Education Amendments of 1972, which is that the law’s ban on sex discrimination requires school districts to allow transgender people to use the restroom that corresponds with their gender identity.

The Gloucester County School Board, however, passed a policy that restricts students to restrooms reflecting their “biological gender.” The transgender student who was targeted by the policy, Gavin Grimm, brought this lawsuit in federal court, seeking an injunction against enforcement of the board’s policy.

The appeals court tossed Grimm's request for an injunction back to the district court that had ruled against him, with a gentle reminder that their interpretation of the law was bad, and they should feel bad.

Buzzfeed notes that the Obama administration had personally supported Grimm's case, which makes sense, since the administration has been pounding its interpretation of Title IX for A LONG TIME now. In short, all this folderol about banning trans kids from using appropriate bathrooms is WRONGBAD according to Obama, and he's been willing to fight for it. Obama's Equal Employment Opportunity Commission (EEOC) has been saying the same thing, like since before your mom was even born.

[wonkbar]<a href="http://wonkette.com/600807/loser-tennessee-cant-even-manage-to-pass-anti-gay-law"></a>[/wonkbar]This is why Tennessee's Republican attorney general has been warning Tennessee's Republican governor that the state could lose Title IX funding if they passed a trans-hatin' bathroom bill. (They didn't pass one because Tennessee Republicans suck at their jobs.) This is part of why South Dakota's Republican governor vetoed the fuck out of his state's trans-hatin' bathroom bill.

So how does this all relate to how North Carolina Gov. Pat McCrory is a fucking sack of wolverine diarrhea, you may ask? (You were asking that in your brain, don't lie.) Well, North Carolina is under the 4th Circuit's jurisdiction too, LOLGIGGLE! So that means that a federal appeals court has just ruled that the trans-potty-hate-poop part of North Carolina HB 2 is basically unenforceable.

Here's some of Gov. McCrory's confused whining over the Virginia decision:

"It is my understanding that this ruling will most likely be immediately appealed to the U.S. Supreme Court," he continued, adding that he will get an evaluation from his lawyers in the meantime on how the ruling affects North Carolina law. "I mean, this is a major, major change in social norms."

[wonkbar]<a href="http://wonkette.com/600110/these-dudes-cant-wait-to-pee-next-to-your-wife"></a>[/wonkbar]Um, people going to the bathroom with the sex they identify with is not that radical? We actually think it's more radical to force these trans dudes to take leaks next to YOUR WIFE AND DAUGHTERS, but maybe that's just us. The major change lately has been how wingnut fuck-troughs have become absolutely obsessed with sniffing around people's bathing suit regions to make sure they have the right hoo-hoo-todgers in there.

[wonkbar]<a href="http://wonkette.com/600124/north-carolina-governor-suffering-extreme-case-of-butthurt-please-send-butt-medicine"></a>[/wonkbar]Gov. McCrory was so butthurtalready over the ACLU filing suit against his state's hate law, and now those damn liberals have managed to hurt his butt all the way from a Virginia courtroom. Congrats, you damn liberals!

Here, for joy purposes, is a video of Gov. McCrory falling out of a chair.

Sucks to be you, loser!