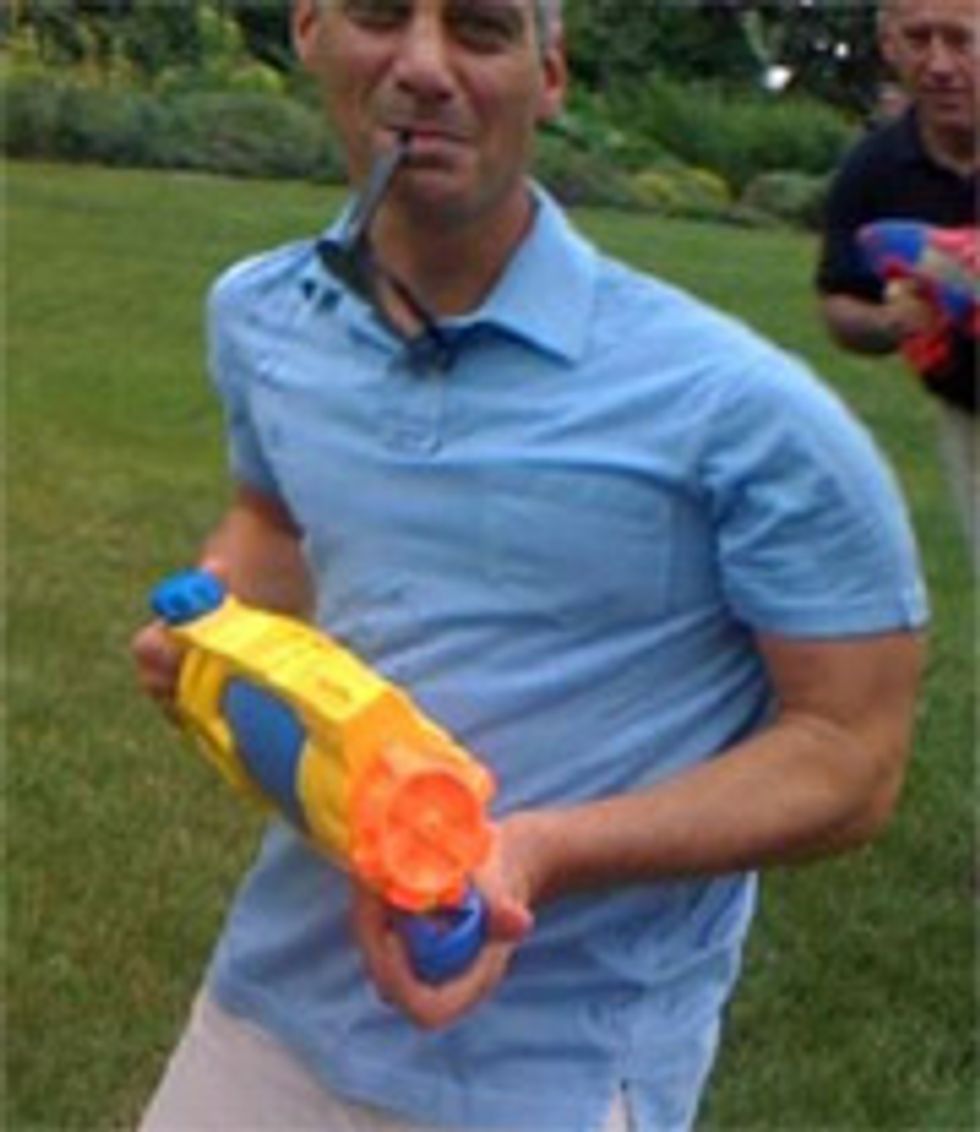 Lobsterback broadsheetThe Telegraph published a very suspicious story on Sunday suggesting White House Chicago Thug Rahm Emanuel will quit his Chief of Staff job later this year, probably after the midterms, because mean Barack Obama will not let Rahm crush his stupid little enemies like the dumb twigs they are. Why does Barack Obama hate our nation's Second City political inclinations?

Mr Emanuel, 50, enjoys a good working relationship with Mr Obama but they are understood to have reached an understanding that differences over style mean he will serve only half the full four-year term. Friends say he is also worried about burnout and losing touch with his young family due to the pressure of one of most high profile jobs in U.S. politics.

"I would bet he will go after the midterms," said a leading Democratic consultant in Washington. "Nobody thinks it's working but they can't get rid of him -- that would look awful. He needs the right sort of job to go to but the consensus is he'll go."

So this story is ... some people guessing. Hooray! Also, Rahm has already said he wants to be mayor of Chicago if he can crush Mayor Daley's machine.

But who is stopping Rahm's street-thug tactics in the White House? The Torygraph says it's OTHER Chicago mobsters, specifically David Axelrod and Valerie Jarrett. Will this be the biggest Chicago gangland war since Al Capone vs. the Blues Brothers? [Telegraph]