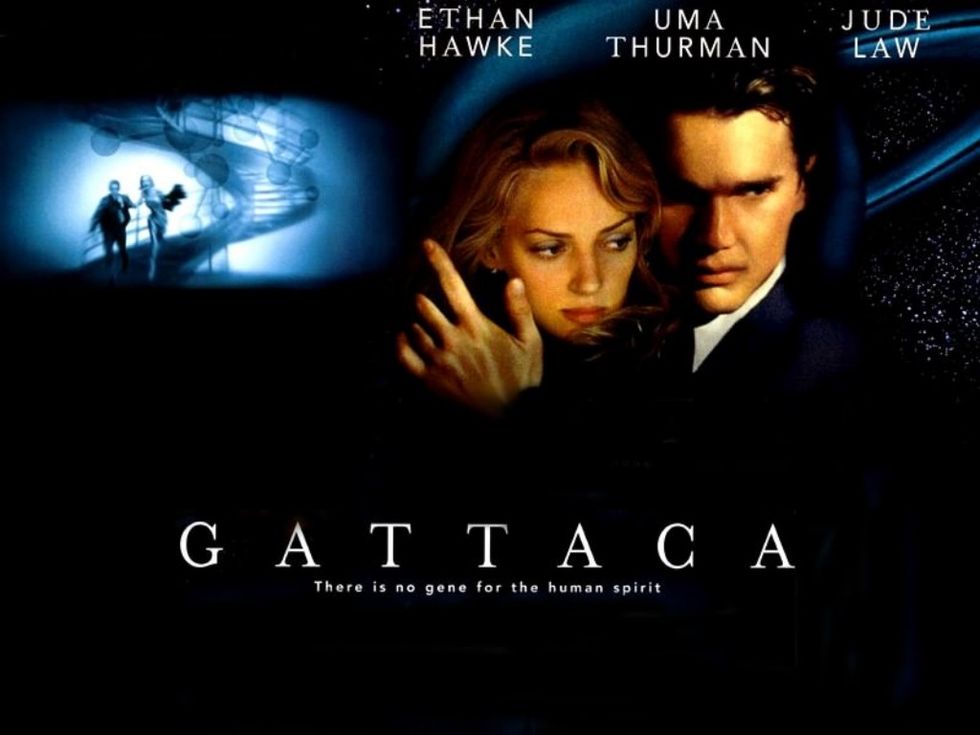 Y'all remember that awesome movie Gattaca from 1997, where Uma Thurman and Ethan Hawke fell in love in real life, but on the side made a movie about the government doing eugenics? Not a whole lot of people saw it from what we understand. We did not see it. But apparently in this movie that Rand Paul totally knows about, they try to make the best babies through selective DNA sequencing and also ranking people by the DNA they have and giving them jobs according to their projected abilities because of what the DNA says? And Ethan Hawke wants to be an astronaut, but he has to take a lot of DNA tests to do that, and he has bad DNA. So he uses Jude Law's better DNA, like his pee and hair and skin some how, and he passes the tests and gets to be an astronaut and fall in love with Uma Thurman.

Well, The Rachel Maddow Show did a funny bit of noticing yesterday, when they noticed Rand Paul had "directly ripped off" a description of the plot of this movie Gattaca, from a Wikipedia link about it, which he really for serious included in a speech in support of Ken Cuccinelli's candidacy for Governor of Virginia, at Jerry Falwell's ghost's "place of learning," Liberty University.

As smart as Rand Paul stealing wiki-links to go on about how Gattaca is proof we will abort ourselves into eugenics in this country if we don't watch out for all this technology and aborting sounds on its own, we have researched this movie heavily, by reading Wikipedia our ownselves, and here is what we know: there is nothing about abortion in it really. Abortion is not how babies' genes are chosen in this movie. Gattaca is about using genetic sequencing to choose your baby's genetic makeup. It's not about aborting short dumb babies, it's about making sure you have tall smart babies in the first place.

But still, Rand Paul wants Ken Cuccinelli (the Attorney General of Virginia we already know lots about) to be governor of Virginia, and Ken is running against some Democrat we kind of recognize named Terry McAulliffe, who is winning in the polls pretty good right now, and also there is a libertarian candidate named Robert Sarvis.

Ken Cuccinelli is a wackjob, and even though he has built whole websites about the need for rebooting the "no buttsecks law" in Virginia, he is being "third partied" by the libertarian guy for not being conservative enough. So of course Ken had no choice but to bust out Rand Paul -- because, libertarian cred.

And that is how Rand Paul ends up with Ken Cuccinelli at Jerry Falwell's "school," cranking out a speech about eugenics being the obvious end game of evil abortionistic usages of technology, and plagiarizing the Wikipedia entry about Gattaca, a 16-year-old movie no one knows much about, but that is not really about abortion at all, to make his point. Because Rand Paul is a serious politician, not at all pandering to a crowd that goes to an "institution of higher learning" founded by Jerry Falwell, and that is how serious politics is done.