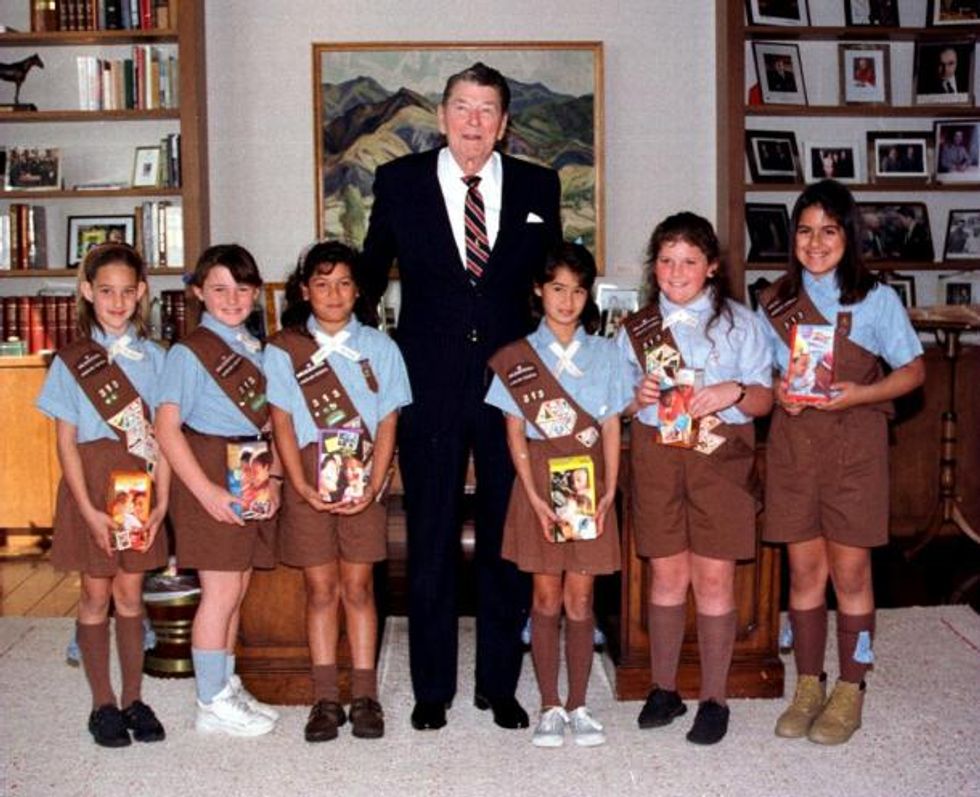 This amazing document was authored by Senator Rand Paul's guy who does these for him and comes to us via POLITICO, whom we'll discuss in a minute. What we have here is, in our experience, unprecedented. Rand Paul's guy has not just broken the Reagan barrier but shattered it: In a 699 word op-ed nominally on foreign policy, the word 'Reagan' is used 22 times. There are an additional 5 instance of 'he,' 3 of 'his,' and 2 of 'him.' This is an op-ed ore of such purity that 'Reagan' and his pronouns constitute 4.5% of the total column mass. It's unheard of.

Paul's guy might have surpassed even this, but failed to extract any Reagan in several paragraphs concerning current events in Ukraine. Like here:

Yet, some politicians have used this time to beat their chest. What we don't need right now is politicians who have never seen war talking tough for the sake of their political careers.

There has got to be some Reagan in there. Reagan had a chest, right? What did he do with it? It's unclear from this paragraph.

In related science news, POLITICO found that Paul's op-ed is actually about Ted Cruz, despite Wonkette's assay finding no 'Cruz' and only trace 'splintering the party':

I don’t claim to be the next Ronald Reagan nor do I attempt to disparage fellow Republicans as not being sufficiently Reaganesque. But I will remind anyone who thinks we will win elections by trashing previous Republican nominees or holding oneself out as some paragon in the mold of Reagan, that splintering the party is not the route to victory.

In an op-ed for Breitbart News, Paul (R-Ky.) took several shots at Cruz for espousing a foreign policy framework in the mold of Reagan. He also criticized Cruz’s frequent bashing of the GOP for nominating insufficiently conservative presidential candidates like Bob Dole, John McCain and Mitt Romney.

Apparently this all has to do with something that happened at CPAC this weekend, who even knows because our embedded reporter was busy on the Wookie and rainbow mohawk beat. Nonetheless, we will calibrate our Cruzometers.